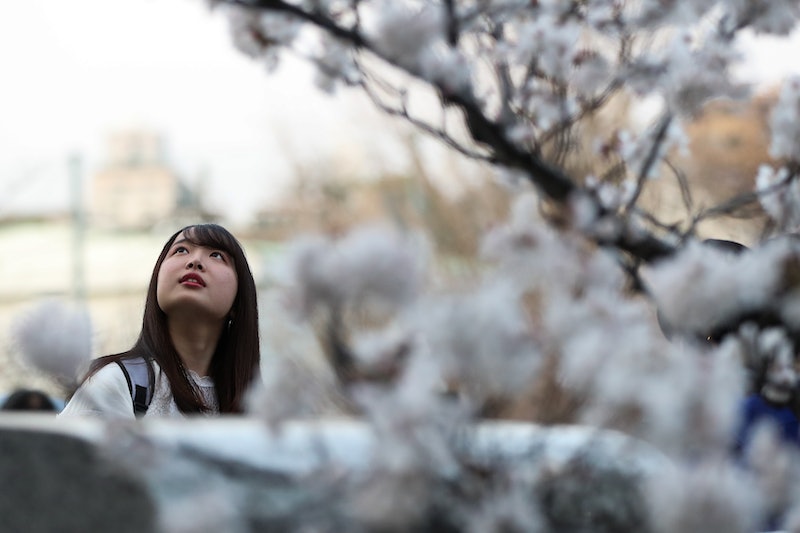 It's commonly recommended that to take a break from the chaos of everyday life, we escape to somewhere quiet, peaceful, and still. According to new research, though, this may not be the right move for everyone — and, indeed, sometimes peace and quiet can stress us out more. So if being told that swapping out the city life for time spent with Mother Nature, where you can unplug and disconnect, with the only sound you hear being that of your own breathing, just doesn't do it for you? Good news: You don't have to. It sounds like a dream to me, but if it's an anxiety attack waiting to happen for you, science says that the hustle and bustle of city life can help calm your soul, too.

A study covered in Quartz and soon to be published in the Journal of Consumer Psychology, found that there is no one-size-fits-all approach to relaxation. It can very from individual to individual, depending on your personality type. In the study, 455 participants underwent personality tests and went through a series of tasks meant to leave them mentally exhausted. In the end, the researchers found that participants who had more neurotic personalities demonstrated better self-control when given urban-related anagrams to solve, as opposed to nature-related ones.

Translation: For people with that specific personality type (more neurotic and with a propensity to worry), urban environments showed to be less mentally taxing than being out in nature.

While I will freely admit that one of the times I was most relaxed was in a small canoe, alone with my boyfriend, surrounded by water and mountains, not uttering a word, this new research can explain why a more peaceful and still environment drives some of us absolutely bonkers. It's perfectly acceptable to feel better refreshed and recharged after walking down a hectic city sidewalk — not that it's necessary to get anyone else's approval on your own relaxation strategies, but just in case anyone gives you a hard time for not taking their advice that you get out of town for a while, now you can tell them you have science on your side.

There's also another potential cause of feeling stressed in the silence, by the way: Social anxiety. While it might make sense that being in a room full of chatter and buzz might make anxiety flare, the complete opposite can also be a culprit. Being left with nothing but your own thoughts can make an anxious person's mind run absolutely wild.

Two important things to note: First of all, if you're one of the people who finds mental clarity and rejuvenation in an active environment as opposed to a tranquil one, this does not automatically mean that you have a more neurotic personality. Second, people with these personality types are not incapable of enjoying peace and quiet. The conditions under which it happens simply might look a little different. Maybe you prefer to spend your lunch break alone, but in the middle of a crowded restaurant; maybe you're most relaxed on your noisy morning subway ride. Everybody is different. And that's perfectly fine.