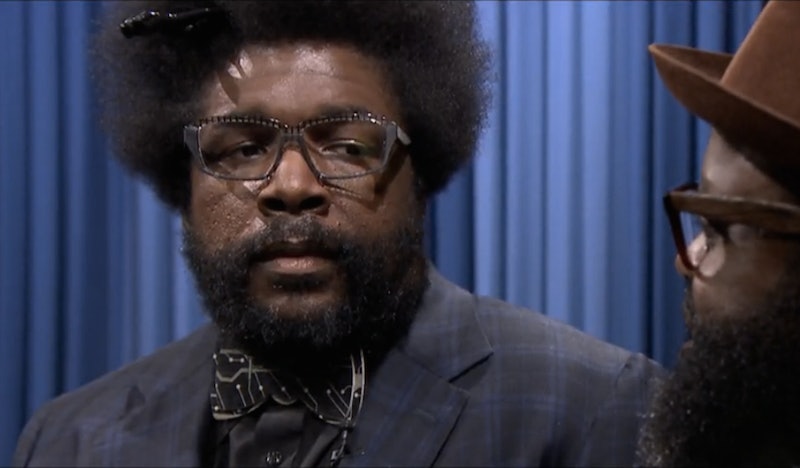 As a fan of the show myself, I know that I have a very strong stomach for weirdness on The Bachelorette, so I know if a scene is making me uncomfortable, everyone else has probably already left the room or switched off their TVs. Which is why it was so nice that The Roots acted out the most awkward scene from The Bachelorette on a recent episode of The Tonight Show with Jimmy Fallon. You get to experience the moment, so you're caught up for all that water cooler talk, but you don't have to sit through the actual footage itself. Because HOO BABY.

During the show's premiere on Mar. 23, a full-time Canadian named Daniel came in hot with a topical reference designed to impress the Spanx off of this season's Bachelorette, JoJo Fletcher — Daniel stepped out of the limo and proudly crowed, "Damn, JoJo! Back at it again as the next Bachelorette!" Sure. OK. Fine. I don't love it, but everyone needs a shtick, it's fine. But when it became not fine was later, when a substantially inebriated Daniel decided that JoJo's reaction had been slightly under-par, for him, and decided to explain to her exactly why it was funny. (Because everyone knows that the better a joke is, the more you have to explain it later!)

He took her aside, and thus began the exchange (re)immortalized by The Roots' Questlove and Tariq in the video below. I could write out the dialogue for you, but I don't want to ruin anything, because these two really do pull quotes from the show word-for-word, and you simply must watch it in its entirety. 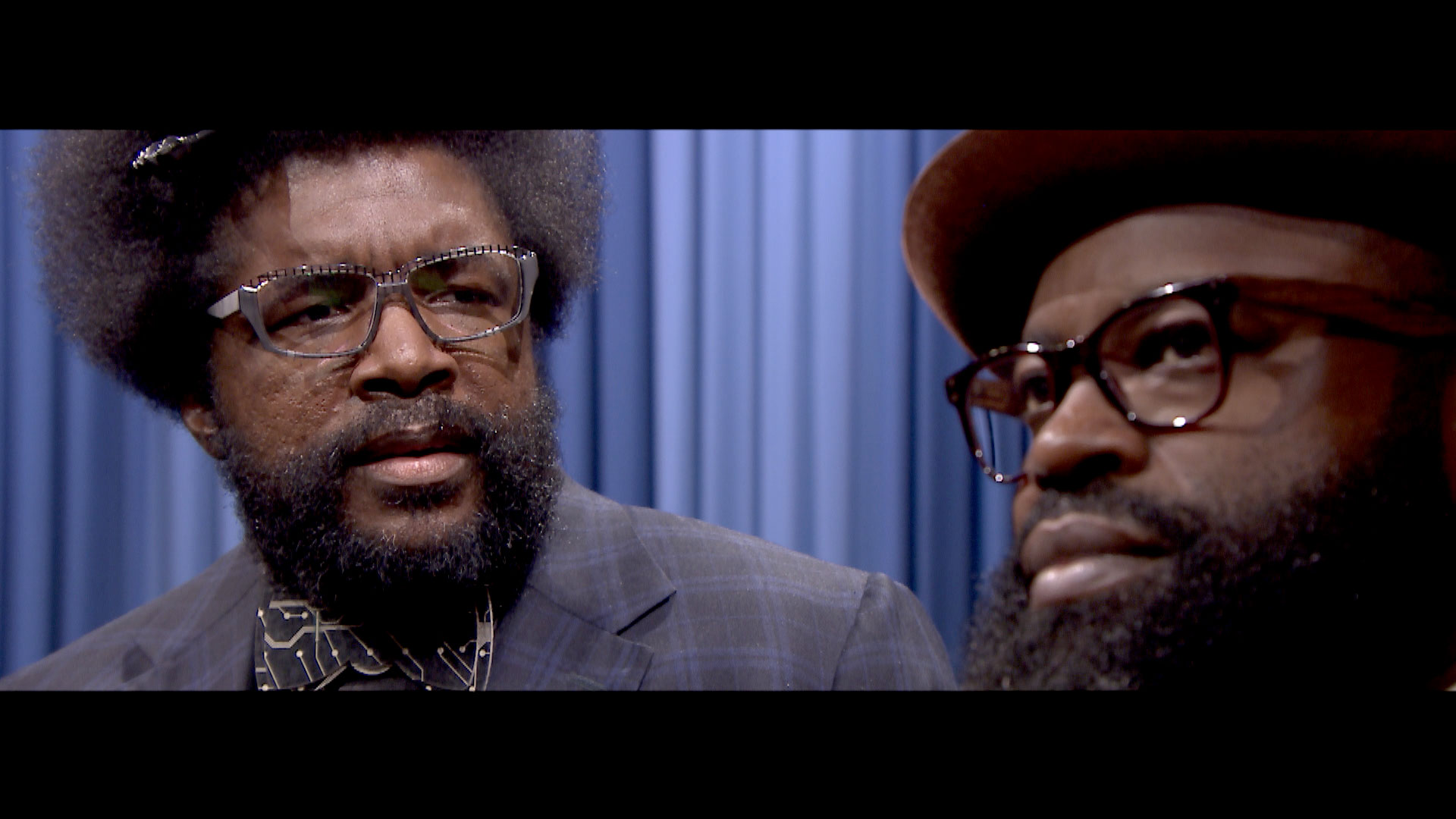 And YOU GUYS. That was at least 100 percent less awkward than the original, if you can believe it. It was so uncomfortable to watch. The same look of confusion on JoJo's face when Daniel tried to explain a viral video, the same look of confusion on mine when JoJo admitted she hadn't been "following the internet for the past few months." Just a lot of confusion all around, and I'm glad we're finally embracing it by parodying it on late night shows, because I couldn't be alone with this information anymore. Please continue to do this throughout the season, anytime I find myself grimacing with discomfort. Thanks.