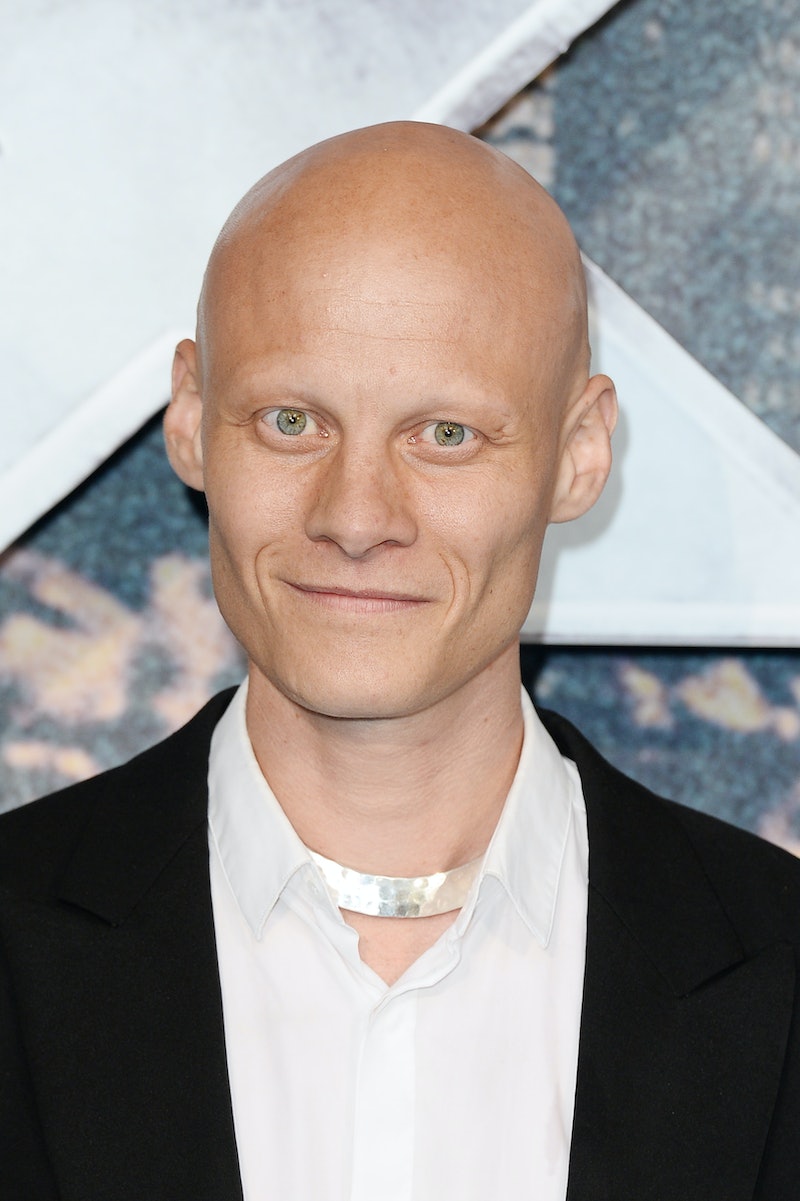 There are a ridiculous amount of mutants in the new film X-Men: Apocalypse. In addition to the returning characters Professor X, Magneto, Mystique, Beast, and Quicksilver, the film also introduces Cyclops, Jean Grey, Storm, Nightcrawler, Jubilee, Psylocke, Angel, and of course, Apocalypse. But there is another important mutant in the film who isn't getting a lot of attention. No, I'm not talking about Wolverine and his cameo (he gets plenty of attention), I'm talking about a mutant named Caliban. So who is Caliban in X-Men: Apocalypse ?

The character, portrayed by Tómas Lemarquis in the film, is very useful to the villainous Apocalypse. See, while many mutants have offensive powers, like Cyclops's optic blasts or Storm's weather manipulation, Caliban's power is more of a tool. He has the ability to track mutants. That's his power. He can sense other mutants, regardless of where they are, and then track them down. You could see how this power would put him in high demand with mutant bigwigs like Professor X and Magneto, who are always looking for new recruits, but also Apocalypse. After all, the big bad in the film needs to gather his Four Horsemen, and he'll need some suitable help to do so. But the connection between Apocalypse and Caliban isn't merely a Hollywood invention; the two characters go back a ways in the pages of Marvel Comics as well.

In the comics, Caliban is a member of the Morlocks. The Morlocks are a group of mutants who, thanks to mutations that cause disfigurements that make them hideous, live in the sewers of New York City in an underground lair. Caliban has a ghost-white, almost skeletal appearance in the comics, making it impossible for him to enjoy a normal life on the surface world. The Morlocks, while not downright evil, have come into the conflict with the X-Men due to their attempts to get revenge on normal humans for essentially forcing them to live underground.

However, Caliban doesn't stay a skinny, defenseless Morlock forever. Eventually, he grows tired of his power, which really is only of use to others who are more powerful than he, and he offers his services to Apocalypse in exchange for augmented abilities to make him more formidable. The immortal villain grants his wish, and Caliban becomes a superstrong and hulking beast, while retaining his mutant-tracking abilities to hunt down mutants for his new master. The physiological changes Caliban goes through at the hand of Apocalypse are so effective that he eventually becomes the new Horseman of Death. Despite his dealings with Apocalypse, however, Caliban has also had periods of being a good guy and an ally to the X-Men. He's been a member of X-Force on multiple occasions, including his most recent appearance in Marvel continuity when he met his demise.

Caliban may be a somewhat obscure character, but he has an interesting backstory and a very useful mutant ability, which combined make him a great addition to X-Men: Apocalypse.