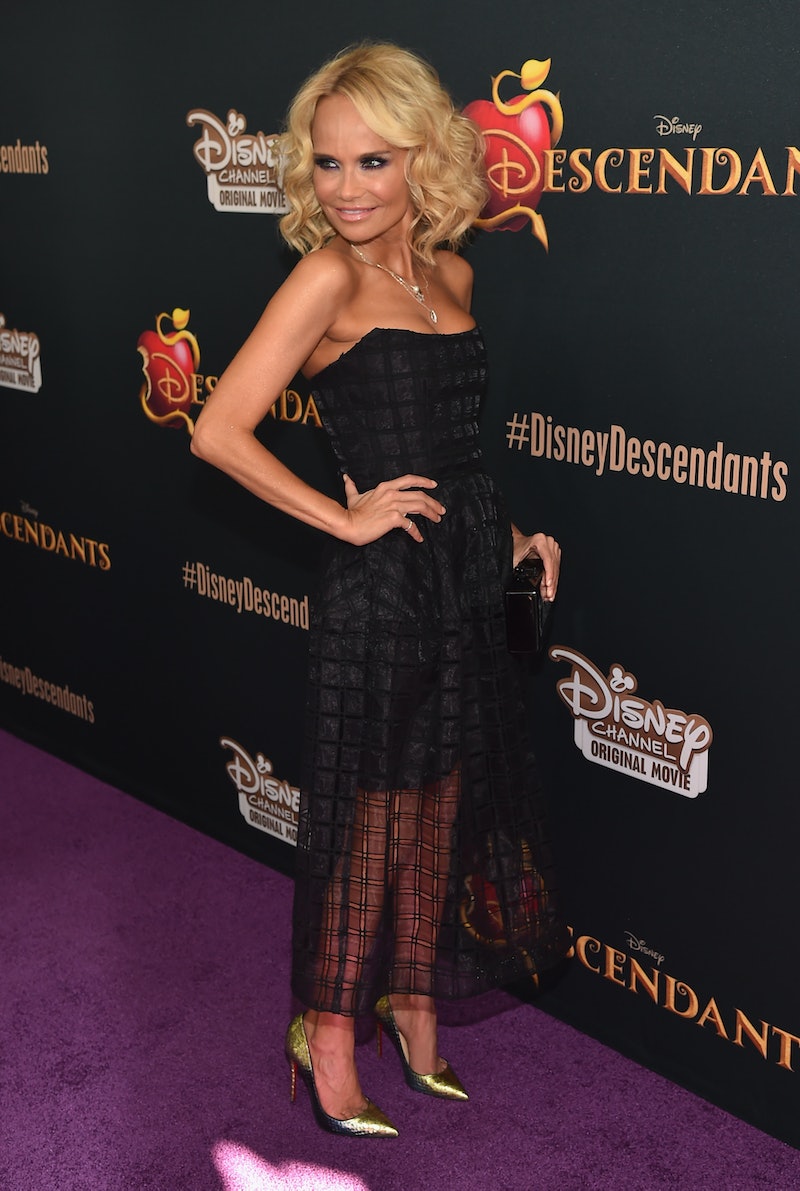 Kristin Chenoweth is a self-admitted “runaway bride.” She’s been engaged three times (most recently calling off her engagement to movie producer Dana Brunetti in 2014), but could never seem to go through with marriage. “I just want to find the right person," she said in an honest interview with Redbook a few years ago. “If the person doesn't enhance your life, why do it?” She’s also a Tony and Primetime Emmy Award-winning actress, who’s brought her talent from stages of Broadway to the big and small screen — most recently in the film Hard Sell.

When I asked the star, now 47, to reflect on that interview, it’s safe to say she stands by what she said, and feels even more strongly about it now. For any other twenty or 30something grappling with the uncertainty of what life has in store, allow Chenoweth to provide the inspiration and clarity we so desperately want.

I’ll admit I’m constantly thinking about what the hell I’m doing with my life: Is this the right career path? When will I find someone I can actually tolerate for more than one date? Why can’t I go on Facebook without seeing an engagement or pregnancy announcement? But hearing the actress reflect on her life, and that interview in particular — without regretting a thing — gives me hope. “I feel pretty much the same,” she says. “You can always look at a friend’s life and say the grass is always greener. They’ve got the family, they’ve got the kids, they’ve got what seems like the perfect life. But, I guarantee you they look at me and say: ‘She can pick up and go, she’s doing what she loves.’ The grass is always greener.”

I assume not having a house in the suburbs, the spouse, the kids, the golden retriever, can all take a toll, especially since that’s been society’s portrait of happiness for… ever. But there was one woman in particular who encouraged Chenoweth to put her happiness and her dreams before the ones society makes us believe we should chase. She recalls asking icon Betty White advice on how to maintain a “balanced” life with such a crazy career. “You’re a lifer,” White told her. “That’s what I am. All those things for sure can be in your life, but this will always come first because it’s what you were born to do.”

Chenoweth says in that moment she was “relieved.” She admits to feeling guilty when people ask why she doesn't have kids. Even her doctor said: “Better freeze your eggs, girl! It’s way passed the time!” This is why she admires women like Sandra Bullock (who she refers to as “Sandy”). “If I wake up one day and I feel that I need that full circle of being a parent, I will adopt a child… I’ve always felt that,” that star says. “Whether I can have them on my own biologically or not, the rules have gone out the window. I have many kids in my life that I take care of and that I love like my own. It’s all been a sacrifice so that I can do what I love.”

Sacrifice. This is an aspect of the candid star’s life that she does not sugarcoat (not that she sugarcoats anything else). “This life that I have chosen and feel very blessed by has come with sacrifice,” she says. “People don’t really hear about that part, because they think: ‘Well, she chose it. What do you mean it’s not all roses and rainbows all the time?’” The glitz and glamour seems wonderful, but Chenoweth ensures it’s not all it’s cracked up to be. At least not all the time. “That’s not real life. It is a hard, dedicated life.”

In addition to feeling conflicted about not having children, the star admits how her busy lifestyle and priorities affect her love life as well. “When I date someone it’s hard because they have to understand that I’m not in one spot very often. That’s my life!” she claims. “My life is singing on tour, basically all the time. Or a movie, TV show, Broadway show, an album. That’s part of it. Those closest to me definitely understand that.”

The advice Chenoweth left me with made me feel so inspired, it hasn’t stopped ringing in my head since. “Understand that your heart is your biggest guide. Do what you are born to do. If you don’t see yourself doing anything else and being happy, then you have to do this,” she firmly states. “If you think, ‘Well maybe I can be an accountant, maybe I could open a clothing store,’ definitely don’t do that, because it requires everything.”

To me, the most important take away is that it's possible to have it all — whatever "all" means — and we can get it our own way. Chenoweth sure did.

Before my time with Chenoweth is up, with a passion in her voice she explains how badly she wants me to understand that being famous and perfecting a craft are two completely different things:

We must, must, must have [young people] understand there’s a difference between being famous and being good at what they do. If you want to be famous, then you should definitely get a reality show and work out your body super hard, maybe gain a bunch of weight then lose it. Have a couple divorces. Or a sex tape. I’m not putting anyone down, I’m just saying. Do that. But if you want to be good at what you do, you have to work at it, you have to study. That is a sacrifice.

After speaking with the actor I feel inspired and rejuvenated. Now, instead of feeling anxious or uncertain about my life, I proudly own the path that I'm on. Thanks to Chenoweth, I have never been more excited and certain, not only about the present, but for what the future holds — whatever that future may be.