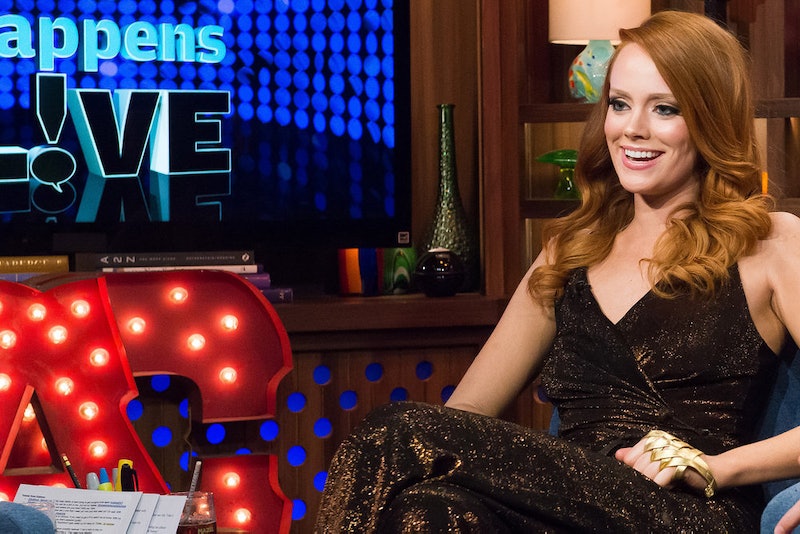 Have you ever wondered about the cast of Southern Charm before they became Bravolebrities? I'm sure their lives were somewhat different pre-reality TV, and that includes Kathryn Dennis. I have a feeling many fans are curious about her life before she had two children with Thomas Ravenel. So, what was Kathryn Dennis up to before Southern Charm ? Let me just say her life was extremely different than it is now. Kathryn's life before becoming a mom and a reality star was somewhat similar to T. Rav's. I know that doesn't doesn't even seem possible.

Per Bravo's biography of Kathryn, she started modeling at the age of 14. And based on some of her Instagram photos, it looks like she still models from time to time. Besides modeling, Kathryn went to the University of South Carolina, where she studied political science and women's studies. According to Kathryn's LinkedIn, she's been in college for six years and 10 months, and her account currently reads that she is still in school. Either she is still working on her degree, or Kathryn forgot to update it. Either way, at school, she joined several organizations, including the college's Republican group, a fashion board, and the Delta Delta Delta sorority.

Now, this is where she and Thomas have something in common. Her studies pushed her into the political world. That's right, T. Rav isn't the only Southern Charm star involved in politics. In 2010, Kathryn worked as intern in the lieutenant governor's office, according to her LinkedIn. Her list of duties included, scheduling, organizing databases, writing letters, and distributing Centenarian awards to nursing homes across the state.

That's not all of her political work, because also in 2010, Kathryn worked as a page for Senator John Land, where she managed the phones, mail, errands, typing letters, scheduling, and constituent services. Her LinkedIn also lists that in 2008 she did some front desk and sales work at Fitness World and Old Santee Canal Park.

Obviously, she no longer dabbles in politics, unless you see Southern Charm as somewhat political. I mean, there are heavy debates, conflicts, and literal politics, thanks to that time T. Rav decided to run for a seat in the South Carolina Senate.

Whatever the case, Kathryn could still find a career that suits her degree in both politics and women's studies. I mean, she is only 24. She has her whole life ahead of her. Plus, wouldn't her pursuing a career in politics make for a great Southern Charm story line? Anyone else imagining what Thomas' face would look like right now? Yeah, it'd be great.