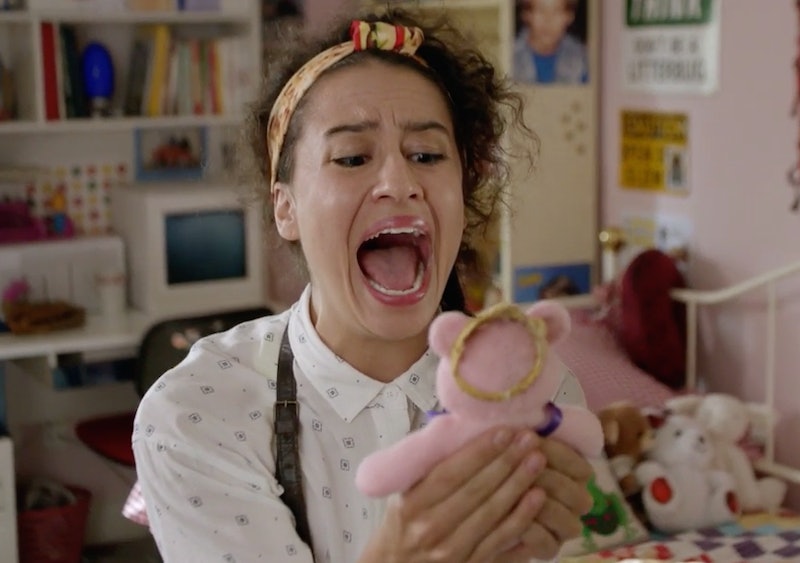 I don't know what kids these days do with their free time, but in the '90s, we collected things. The best '90s collectibles came in all shapes and sizes and there was something for every interest. For instance, I was into stamps, frogs, stickers, Tazos, troll dolls, and Leonardo DiCaprio collector cards, among many other things. It must have been a rough time to be a parent, when your kid's desire for a certain thing was never-ending. One of each collectible was never enough. Like Pokemon, you had to catch 'em all.

Part of the joy of collecting in the '90s was arranging. Whatever you had also had a shrine, or an album, or some kind of way of being put together that took you hours, on a near constant basis, to painstakingly cultivate. Collecting was a full-on hobby in the '90s, and saving up your pocket money, or weekend job cash, just to purchase the latest Beanie Baby was something of an achievement. And you actually believed that some day your collections would be "worth something." Well, they're at least worth the happy memories. Below is what your favorite '90s collectible says about you, because you can learn a lot about yourself from the collection you favored.

You were the quintessential '90s child. You really lived the '90s the way it was meant to be lived. You've always had loads of friends, and are generally super talkative and excitable. You're also probably a little disappointed that life didn't turn out the way you expected and your Beanie Babies aren't actually worth millions.

You were a little more crazy than your Beanie Baby friends. A loose cannon. You probably grew up to like to party, and at least dyed your hair a crazy color once in your teen years.

You were a more studious type and a bit of a loner, weren't you? You'd collect all types of stickers and categorize them meticulously in your sticker books. You were more than happy to sit around pressing your oilies and marveling at the wonder of oil in a sticker, and you weren't that fussed about being in the "cool crowd."

You were a bit naughty, weren't you? The kind of kid that played truant and shirked curfews. But not in a dangerous or mean way, just in a Bart Simpson type of "means well but just can't help him/herself" kind of way.

You probably dreamed of being an actor or a singer when you were younger, and you definitely participated in a lot of school theater programs. You're not shy, have a lot of self confidence, and now you probably keep up with the Kardashians.

You're a wild card. Even if you were the only person you knew with Crazy Bones, you didn't care. They were your thing and you've always been happy just doing your thing.

You like computer games, comic books, and now probably Game of Thrones. You're a nerd but a "cool nerd," whatever that means. You're really good at trivia, and full of obscure facts, so you're a super fun conversationalist.

Whether you were male or female, you were pretty "girly" (in inverted commas because that's a dying concept). You like dressing up, pampering yourself, and just generally living life as your most fabulous self.

You've taken to the Internet and modern technology like a fish to water. You're always a little ahead of the times, and are thrilled by new technology. You're willing to try anything that's new and exciting, and you read a lot of tech blogs.

You didn't have to be a McDonald's junkie to collect the toys. They were generally on the menu for long periods of time. We had Happy Meal night every second Friday, but otherwise were pretty healthy. That didn't mean we didn't love the toys. You've got a weakness for forbidden fruit, and you certainly have a rebellious streak when it comes to occasionally doing something bad (but fun) for you.

You're a sweet tooth and probably a "foodie" now. The highest pleasure in life is satisfying your taste buds.

You have a wild imagination and love brightness. You're a sunny personality who always brings joy and positivity to those around you. You might annoy people when they're having a pity party, but in the end people love you for your ability to always see the silver lining.

You kind of don't care about trends that much. You do put in the minimum amount of effort to participate, but are mostly apathetic to whatever is "in" or "cool" and just prefer to live your own way.

More like this
American Girl Doll Memes Are Going Viral On Instagram & Tiktok
By Emma Carey
Here's Your Daily Horoscope For July 5, 2022
By Mecca Woods
The 5 Best Manifestation Apps
By Brittany Beringer
20 Genius Kitchen Storage Solutions For Decluttering Your Space
By Emma Garza
Get Even More From Bustle — Sign Up For The Newsletter