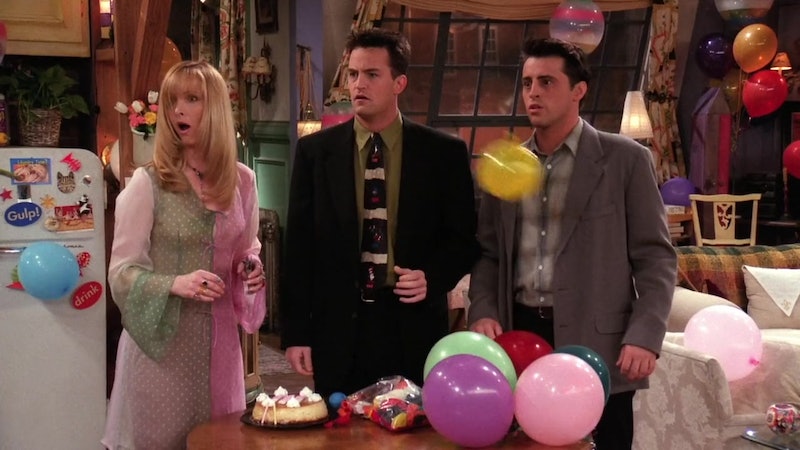 Remember the '90s? Bill Clinton was president? Will Smith was young? Cloned sheep? It was an amazing time to grow up. We had it all from the great boom of ska punk to enough sparkly butterfly clips to drown in. If any of this sounds familiar to you, congratulations! You are a '90s kid. And being from that era, you know there were some triumphant moments that all kids from the '90s experienced. I'm gonna go out on a limb and say that we definitely had the ultimate childhood. I pity the generations who will never get to use a Discman or understand the sweet, sweet torture of Dial-Up Internet.

Every '90s kid knows that if you wanna be my lover, you gotta get with my friends. No. Wait. What I meant to say is that in the '90s we pretty much reached the summit of the mountain of cool, so if you have a fondness for all things pre-2000, strap on your Airwalks, cause this list is for you. We may be a little too old to play with our Pokémon cards now, but that doesn’t mean we can’t pop open a refreshing can of Surge and prepare to take an Xtreme walk down memory lane. This nostalgia-tastic list will have you begging for one more round of kickball before you have to go inside and finish building that diorama.

Kickball wasn't just a game. It was a sport on the level of gladiators. The tarmac playground was our colosseum. One epic game of kickball could change a person's life. One awesome catch or sending the eponymous red ball flying over the chain link fence could have you go down in middle school history.

"Gotta catch 'em all" was one of the most brilliant marketing schemes. And in order to have the best Pokédex, your allowance was spent on these cards. If you were lucky enough to open the shiny variety pack of cards and get a rare one, you would be an unbeatable force. Take that, Charizard.

These fun-colored, sparkly, ballpoint pens were not only fun to draw with, but would make your crush's name scribbled on the inside of your notebook almost as as beautiful as they were in real life!

Getting A Nintendo 64 For Christmas

Nintendo 64 was the hight of technology for home video game play. Those who received them became the new kings and queens of sleepover-city. Nothing could match that feeling of joy and accomplishment you felt after performing a perfect headshot in Goldeneye. As a kid in the '90s you had to either "Get N, or get Out!"

Hearts, stars, horseshoes, clovers, and blue moons the leprechaun taunted repeatedly during your Saturday morning cartoons. After eating bowl after bowl, you open the box and magically the cereal is almost all marshmallows! They say a bowl of cereal is the key to a balanced breakfast — and a crazy sugar high.

Being The First To Read All The Goosebump Books

Ermahgerd! Goosebumps! Speed reading the Goosebumps books before bed was a rite of passage. Knowing how the mysteries ended before all your friends gave you instant swag. The only problem being that then you have to turn off the lights and try to not be afraid of things that go bump in the night.

Seeing Boobs For The First Time In Titanic

Jack and Rose were the ultimate couple (despite the fact that she let him freeze to death in the middle of the North Atlantic). When Jack whips out his pen and draws her like one of his French girls, preteens everywhere had their minds collectively blown. Thank you, Kate Winslet, for ushering a whole generation into adulthood.

Collecting All The Beanie Babies

Beanie Babies: so cute. So addictive. Some of them still go for thousands of dollars today. Most of them are total junk, but in the '90s they were the only way to decorate your bedroom.

Winning All Your Competitor's Pogs

A cutthroat game of pogs could end in tears and broken friendships. It happened so frequently that many schools banned the game. However, there really was nothing that gave you that sweet taste of success quite like claiming all the pogs for yourself and reigning supreme over the playground (at least till the end of recess).

The biggest pair of JNKO jeans? Got it. Platform Steve Madden slip ons? Wearing them. A denim maxi-skirt and spaghetti strap tank top. Duh! You have a closet full of the coolest '90s fashions. You look so hot you might as well be an extra in the movie Clueless. People worship you down to your cashmere thermal and slouchy beanie. None of this will ever go out of style! Right?

Being Your Favorite Spice Girl For Halloween

Everyone wanted to be Baby Spice in your group of friends. But you can't have five Babies, now can you? Through sheer political persuasion and connivery you managed to secure Baby Spice as your own. You are going to nail that choreographed dance to Spice Up Your Life. Hai Si Ja Hold tight!

For a little more '90s shall we hit it baby one more time?