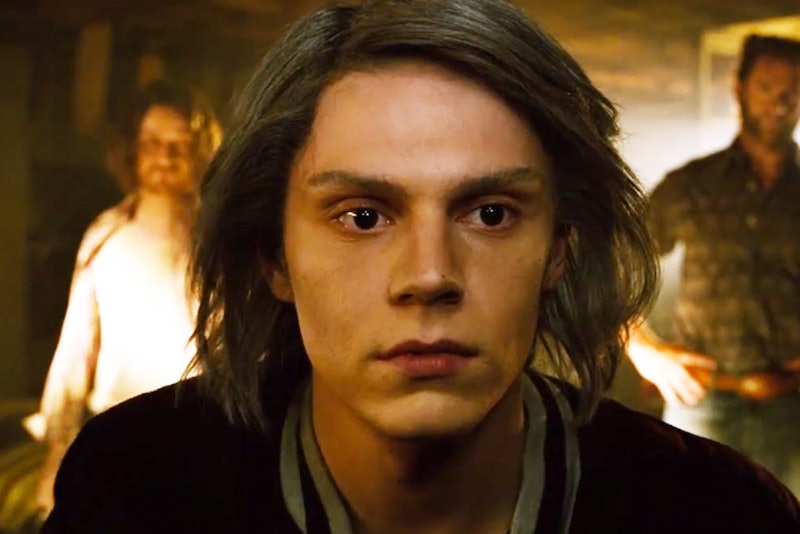 Unlike the family trees of some superhero characters, there don't seem to be any clean endings when it comes to the familial relationships between X-Men's Quicksilver and his parents. As the Marvel comics and movies show, the mutant's family relationships aren't exactly cut and dry. Quicksilver, whose real name is Peter or Pietro Maximoff, is the twin brother of Scarlet Witch and, as X-Men: Apocalypse explores more thoroughly, the son of Magneto. Yet while Magneto and his son get plenty of airtime in the Marvel universe (although the adult mutant doesn't know that they're related), the question of who Quicksilver's mom is reigns large, as that character doesn't get nearly as much characterization.

Most of the X-Men movies treat Quicksilver's home life so subtly that it's essentially an Easter egg for hardcore comics fans. If you were really paying attention in X-Men: Days Of Future Past, you might've noticed that Quicksilver's house has a mailbox that reads "Maximoff" in the front yard. When Magneto reveals to his son that he can bend metal, Quicksilver says that his mother used to know someone who could do that. While these scenes confirmed that the film franchise would follow the comics' suit and make Quicksilver Magneto's son, it also deviated from the original series by placing the invisible mom-figure out in the suburbs, something that Apocalypse viewers see in a brief scene.

Like most of the enduring comics series out there, the X-Men movies have several different reboots, reimagined universes, and re-dos. Magda Eisenhardt, Quicksilver's mother, isn't immune from this and has been shown in a few different depictions. While there's not a ton of information out there, we do know that in the original comics she was born to a Romani family before Hitler's rise to power. She met Magneto early on and fell in love with him, but was eventually taken to a Nazi concentration camp. In the comics, Magda was the only family member who survived. Eventually, she reunited with Magneto but died birthing Quicksilver and Scarlet Witch.

In X-Men: Apocalypse, fans finally get a fuller depiction of Magda's character, but she's not actually Quicksilver's mother this time around. Caroline Bartczak, who plays Magda in the new movie, recently sat down with Comix Asylum and discussed her role. She told the website that her character meets Magneto while he's on the run after the White House meltdown; at the time, he's the most wanted man in the world. "For some reason she sees something beautiful in him, like Charles does, and sees past everything that’s been written about him," said Bartczak. "They fall in love and start this beautiful family hidden away, because he still has to hide, in the countryside in Poland."

Alas, the situation isn't a clear as the comics and in Apocalypse, Quicksilver's mom is shown just briefly, while at their house. It's a tiny role, and a far less important one that than of Magneto as Quicksilver's dad, but regardless, it sheds some much-needed life on the mutant's confusing family life.