After a few episodes of Below Deck Mediterranean, it's become clear that some of the crew members are not prepared to work in such a high intensity environment. And in this clip from Tuesday night's new episode of Below Deck Mediterranean, airing at 9 p.m. on Bravo, Bobby yells at Danny over his inappropriate behavior while working on the boat. The Ionian Princess has already suffered its share of personnel issues this season, with Bryan and Jen clashing in the premiere. But it's Danny who may be in danger of being sent home, because he's already on his last chance to turn his act around. Danny's flirtation with some of the charter guests has been hinted at since the premiere, when he was looking over at a female guest while she was exercising on the deck. Later, he brought a woman back to the boat for a hookup while the crew had a night off, and while the Below Deck crew are rarely shy about a romantic encounter, everyone agreed that that was deeply inappropriate. But Danny's romantic indiscretions culminated when he actually kissed a guest while out on the beach.

Danny's issues somehow might not be enough for him to be fired yet, but he's certainly eared the ire of his fellow crewmembers. And in the clip below, Bobby freaks out about Danny not being a team player and being "lazy" after he asks him to help carry some plates. But I don't think the plates are not the real issue here. Obviously, Bobby is frustrated with Danny's priorities, something that Bryan and Jen have also expressed. And Danny does have a point — if the other deck crew have issues with him, they could express it in a more helpful way. But Danny doesn't help the situation by resorting to some seriously immature and sexist comments about Bobby using tampons. You can watch the clip below. 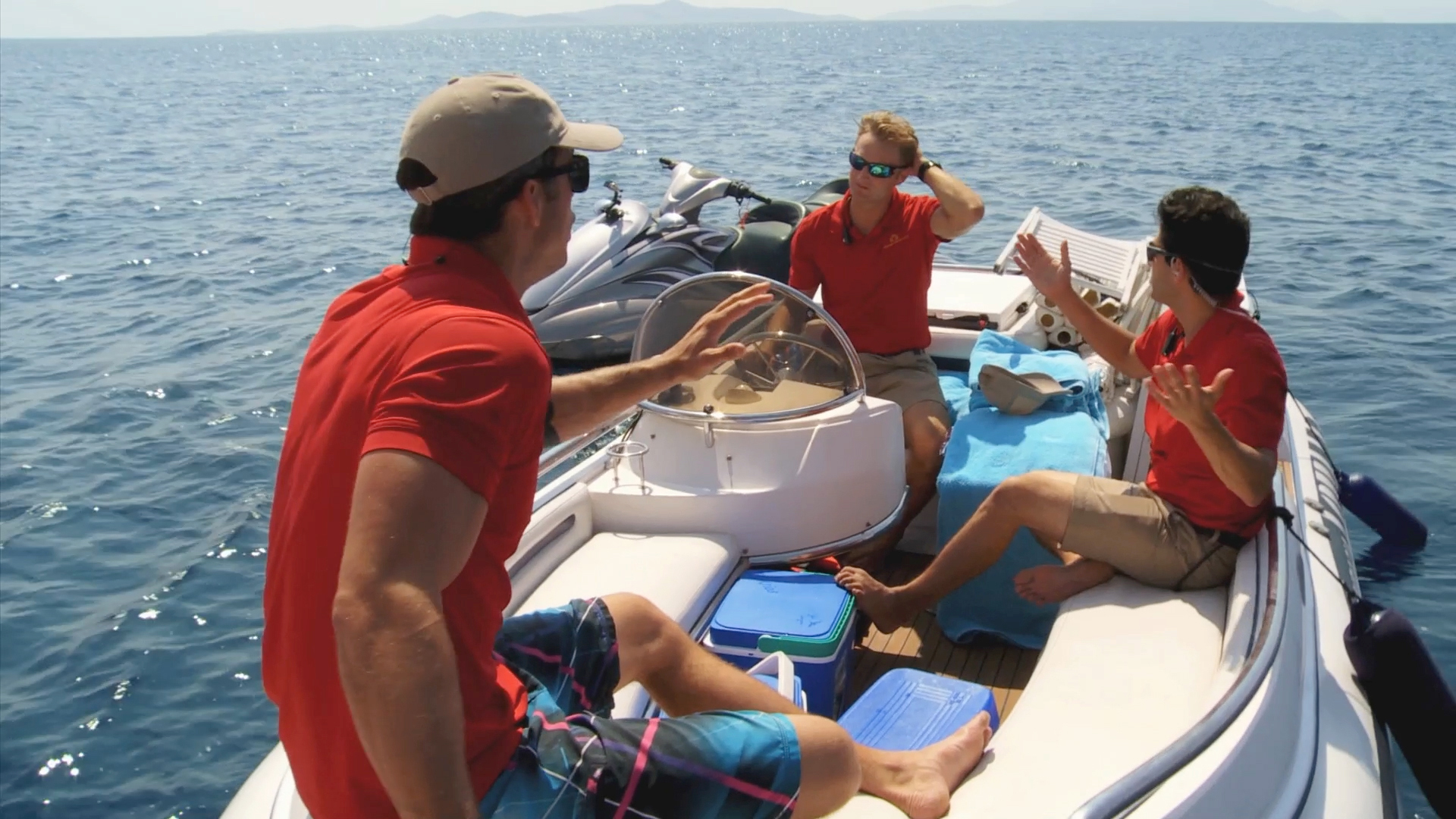 Danny seems to have the excited air of someone who has literally no idea what they're doing, not the calm, confident air of an experienced deckhand who can manage the frenzied atmosphere of a yacht. But if he's going to improve, the Below Deck Mediterranean star should be getting either smarter criticism or the mercy of a plane ticket home.