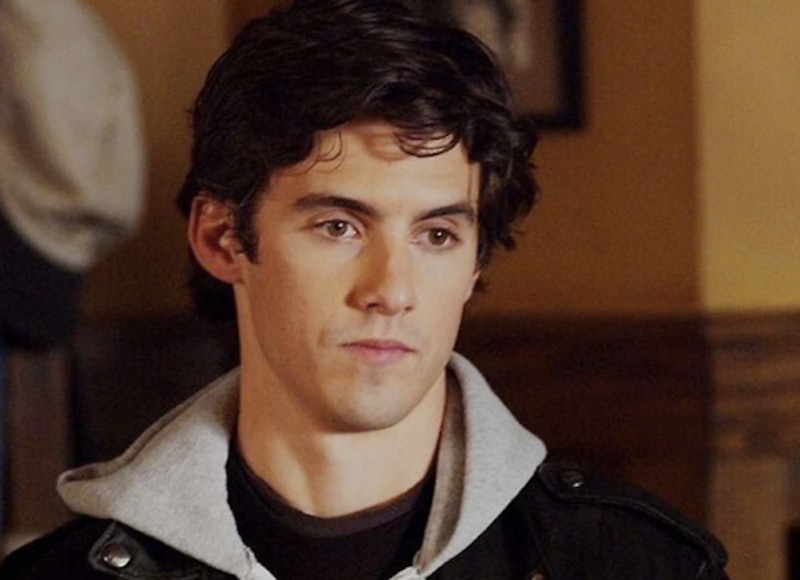 Rory Gilmore's ex-boyfriends are always the subject of much speculation, especially with the Gilmore Girls Netflix revival right around the corner. The announcement that Rory's three major exes — Dean, Logan, and Jess — will all appear in the new episodes, has caused fans to speculate as to whether she will end up with one of them. Everyone's been quick to pick their team, and Team Jess is certainly a popular choice, but he was far from perfect, particularly when it came to being a boyfriend. So what's the one Gilmore Girls episode that made it difficult to love Jess? Should Rory really end up with him, or would she be better off with Dean or Logan?

Relationships are often messy, and Rory Gilmore had a lot of boy drama on the show. Much of it was the result of dating Jess, as he was often moody, aloof, and a bit of a live wire. The pair had undeniable chemistry, and I'm excited to see them onscreen again in Gilmore Girls: A Year In The Life, but it's hard to forget all the misery that Jess put Rory through. From leaving without saying goodbye to Rory, to showing a lack of respect to those closest to her, Jess's innate sexiness was counteracted by his destructive personality. And this one Gilmore Girls episode made me lose a lot of respect for him.

In Season 3, Episode 19 of Gilmore Girls, Jess and Rory go to a party that best friend Lane's band is playing at. The night ends with Jess and Dean fighting, but, before that even happens, Jess acts in a completely ungentlemanly manner, and shows that he's not ready to be a serious boyfriend to Rory. Rory finds Jess in an upstairs bedroom at the party, where he's characteristically sulking. The pair start making out and then end up on the bed. After kissing for a while, Rory says, "Jess, wait."

But he doesn't, and carries on kissing her. Rory says it again, "Jess, wait," but he still doesn't listen to her. Finally, exasperated, Rory pushes him off of her, clearly angry that he hasn't listened. Instead of asking if she's OK, or finding out what's wrong, Jess's immediate reaction is to get angry. Rory explains to him, "Not here. Not now." And Jess shouts at her, "Fine!," as if she's done something wrong. The fight escalates, with Jess eventually shouting, "I did not invite you up here. You came up here on your own," as if that fact is meant to excuse his behavior.

While Jess is acting out here partially on purpose, living up to the role everyone expects him to play, his behavior towards Rory is wholly unacceptable. Firstly, Rory has withdrawn her consent, so, by not listening to her when she tells him to wait, Jess is being completely inappropriate. He is pushing Rory to do something she is not ready to do, and that is not OK. Secondly, by getting angry, and implying that it's Rory's fault anything has happened, Jess is showing a lack of respect for his girlfriend.

Women are often told that they are at fault when they aren't, especially in sexual situations, and it's hard to watch Jess blame Rory in this way. Rory is in control of her body and sexuality, and I'm glad she stood up to Jess when he tried to push her too far. Regardless of Jess's motivations in this scene, it's a real indicator that he is not the best choice for Rory, and also makes him pretty difficult to love. This is by no means the only thing Jess did that made the audience question his character, but it's one of the most icky. It's hard to watch this episode without rethinking my affiliation to Team Jess, even years after the fact.