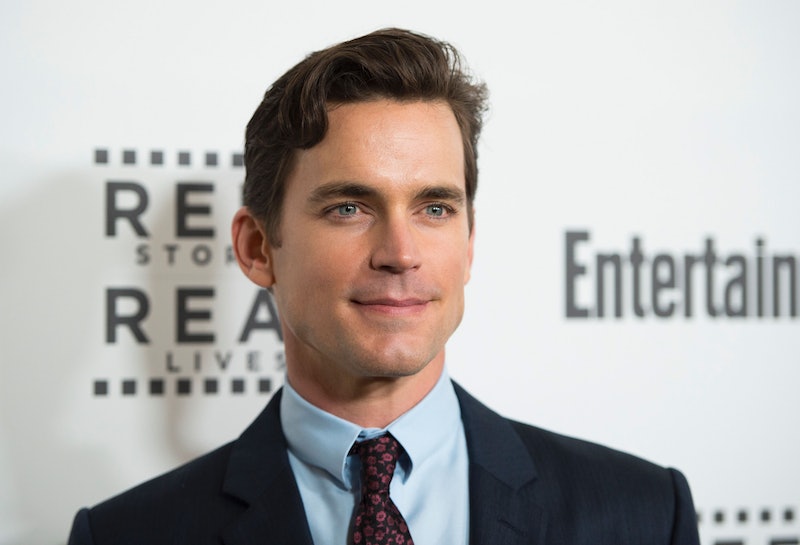 Matt Bomer rose to fame as the charming criminal Neal Caffrey on the USA's blue sky procedural White Collar. But since that show ended its six-season run two years ago, the actor has mostly devoted himself to the big screen. Aside from his performance as Lady Gaga's bloodthirsty boy toy in American Horror Story: Hotel, Bomer has starred exclusively in feature films, including the HBO movie The Normal Heart (for which he won a Golden Globe), the sequel Magic Mike XXL, the action comedy The Nice Guys, and the upcoming western The Magnificent Seven. But now he'll be back on the small screen thanks to Amazon: Matt Bomer is starring in The Last Tycoon , a new pilot from the streaming service that will premiere next month, TVLine reports.

The Last Tycoon also stars Kelsey Grammer (Frasier) and Lily Collins (Mirror Mirror), and it is billed as "a Great Depression-era drama adapted from the F. Scott Fitzgerald novel about a Hollywood golden boy battling his father figure and boss for the soul of their studio." Wait, an F. Scott Fitzgerald novel? Did you know he wrote books other than The Great Gatsby?!

Well, obviously he did. But most of us are probably only familiar with Fitzgerald thanks to his seminal novel about Jay Gatsby and Daisy Buchanan (or, at least, the Leonardo DiCaprio movie version of it). There's good reason for that: for all his fame, Fitzgerald wasn't exactly the most prolific of authors. He only published four novels in his lifetime, including Gatsby — and The Last Tycoon wasn't one of them.

So what is The Last Tycoon actually based on, then? The Love Of The Last Tycoon is an unfinished novel that was finished by Fitzgerald's friend Edmund Wilson and published a year after the author's 1940 death. The book is considered by many to be a roman à clef (that is, a barely-fictionalized version of a real person's life) about infamous Hollywood producer Irving Thalberg (Mutiny On The Bounty) and his rivalry with MGM's Louis B. Mayer.

Amazon's series won't be the first adaptation of Fitzgerald's posthumous novel; it was previously turned into a 1976 film written by playwright Harold Pinter, directed by Oscar-winner Elia Kazan (On The Waterfront), and starring Robert De Niro as Monroe Stahr, the Irving Thalberg-like character.

According to TVLine, The Last Tycoon will premiere on Friday, June 17 — which means we only have about three more weeks to go until Matt Bomer will be back on our TV (or computer) screens. Hopefully, it will provide Emmy-worthy material for Bomer. Fingers crossed!