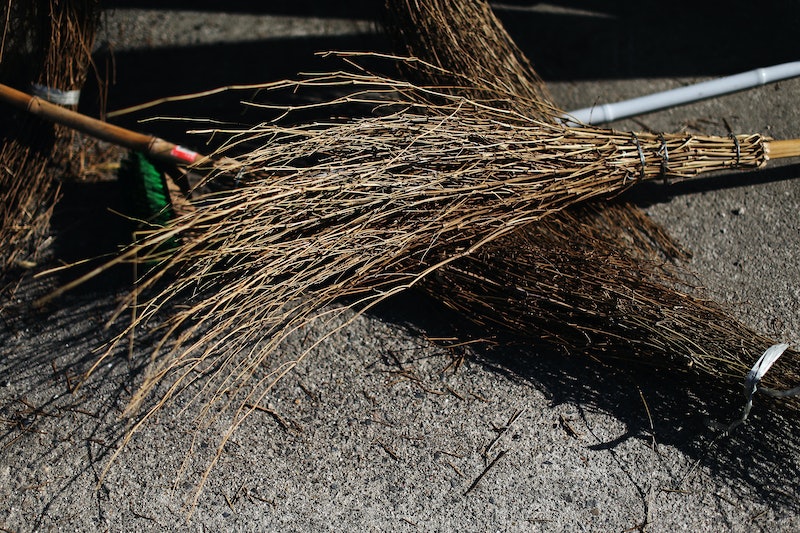 I find that people rarely have any idea what Wicca is beyond the fact that it somehow relates to witchcraft. They assume it's weird; it's dark; it's a non-stop Halloween. It's something you "get into."

I love that in a world that's about moving as fast as you can, Wicca is about slowing down and actually taking the time to connect. There are no shortcuts.

In reality, Wicca is a religion founded in the 20th century, but based on older pagan practices from the British isles (practices that were, depending on who you ask, handed down in secret since pre-Christian days). Wiccans celebrate the phases of the moon, the solstices and the equinoxes, and the natural world in general.

We do spells and make charms and all sorts of of other things that are generally associated with Harry Potter (but look a lot different in the real world). And as spooky as all that might sound, for me, it's almost nothing like this.

Wicca is the smell of incense and the glow of candles. It's setting intentions on the new moon and casting spells on the full. It's cooking tons of food on the sun festivals, called sabbats, and lighting a yellow candle to help you study. It's respecting the world around you, and knowing that there is magic even in everyday things.

Like most things in my life, Wicca first started with books. The first time I came across a Wiccan book in Borders I was a preteen in Catholic school. Where most kids my age were rebelling against their parents, I was more ambitious: I rebelled against God.

I wasn't consciously aware of it, but I'm pretty sure that somewhere in the back of my mind a little voice was wondering, What would piss off the Catholic Church most? Paganism seemed like a solid idea.

When my family moved a year later, I got to go to public school, and suddenly, rebelling against God wasn't a priority. After all, He wasn't bothering me anymore. So I just sort of ... quit.

Looking back on that first bout with Wicca, the whole thing seems pretty comical. It's clear in hindsight that I liked the idea of the rebelling against Catholicism more than I actually liked the religion itself. I was a kid playing at magic (or as we call it, magick) because it seemed cool. I wanted something dramatic and just a little bit dangerous, and as soon as Wicca stopped being those things, I lost interest.

Five years later, I found my old Wicca books stashed in the back of my closet. Suddenly, the whole religion started to make sense to me in a way it never really had before. I opened up the dusty pages and something in my head just clicked. It felt a lot like coming home.

Before I knew it, I was thinking about being Wicca more intently than I ever had in middle school, and with more dedication.

I came to love the way Wicca is rooted in the natural world; in forces that I can see and feel, and that haven't changed in thousand of years. I love that in a world that's about moving as fast as you can, Wicca is about slowing down and actually taking the time to connect with the world around you. There are no shortcuts.

I find meaning in Wicca. Not always answers, but meaning. And in world that often feels all too scattered and incoherent, I can't imagine where I'd be without that.

More like this
Side Character Energy Has Arrived — Here’s What That Means
By Sophie McEvoy
At 14, Jenny Han Wrote Rom-Coms About Her Friends & Fan Mail To Leo DiCaprio
By Alyssa Lapid
11 Podcasts About The History Of Juneteenth
By Emma Carey
Here's Your Daily Horoscope For June 29, 2022
By Mecca Woods
Get Even More From Bustle — Sign Up For The Newsletter