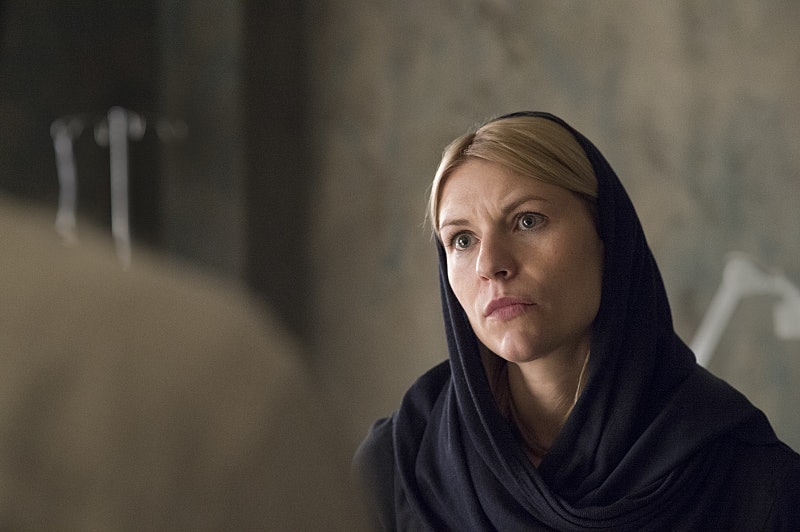 After watching Carrie Mathison defend America against terrorists for three seasons, Homeland rebooted itself two years ago by killing off Nicholas Brody, pulling up stakes, and moving the action overseas. Season 4 of the Showtime drama was set in the war-torn Middle East, while Season 5 relocated to the streets of Berlin. Now, with yet another crisis averted, the sixth season of the political thriller is changing locations for the third time in three years — and going back to its roots in the process. Homeland Season 6 will be set in New York City… and that's not the only unexpected twist in store for viewers this year.

Homeland showrunner Alex Gansa had plenty of details to share when he kicked off his show's Emmy campaign at a For Your Consideration panel this Wednesday, as reported by Variety. In addition to more details about Season 6's setting — which was first revealed during the Television Critics Association press tour back in January — the showrunner also dished on the plot of the season, the timeline… and the fate of one beloved character, whose life hung in the balance as Season 5 drew to a close.

It Will Be About The Election

Every four years, when Americans gather to vote for their next President, there always seems to be a huge increase in the number of election storylines in our TV shows. The Good Wife, House Of Cards, Scandal, and Veep are just a few of the shows that had characters running for office in 2016. Now Homeland is getting election fever, too. "The entire season will take place between election day and inauguration day," Gansa revealed at the panel. "In [those] 72 days, we’re hopefully going to tell an interesting story."

Everything Will Be In Flux

But the point of the election storyline isn't just to mirror our current political climate; it was also chosen to put the show's characters in an interesting — and potentially quite tricky — position. Gansa stated that the theme of Season 6 would be "transition," noting that a "transfer of power is taking place." Sounds like the worst possible time for an imminent threat to arise…

No matter how our real-life election turns out in November, it looks like Homeland might be imagining a version of the country run by our first female President. Gansa didn't go so far as to confirm that the character would be a woman, but he did say that, "Whether the president is male or female, it’s going to be a very interesting character." Why would he even bring that up if the President was just going to turn out to be a man?

There Won't Be A Terrorist Attack

I'm sure that, for some people, hearing that a season of Homeland is going to take place in NYC conjures images of one of our country's greatest tragedies. Gansa is well aware of this — and will be playing against expectations. "We’re back in the city where 9/11 happened. The easy thing to do would be another big terrorist attack in New York, but I think that’s bad karma. We’re going to tell a different story." A season of Homeland with no terrorist attack? What's it going to be about?

Cat's out of the bag! After months of rumors and speculation, Gansa has officially confirmed that audiences haven't seen the last of Peter Quinn, the black ops agent played by Rupert Friend. Last seen comatose in the hospital after succumbing to the effects of sarin gas, it seemed unlikely that Quinn would live to see Season 6. Not so, says Gansa: "Rupert will be back, but not the same. How we’re dramatizing Peter Quinn is still undecided at this moment.”

Variety notes that Friend, who was also at the panel, "speculated that tough-as-nails Peter might change into someone with a softer side, a character he said he would be very excited to play." Would this "softer" Quinn perhaps be more willing to embark on a romantic relationship with Carrie? If this plot ultimately results in the show's will-they-won't-they couple finally getting together, I'm sure the character's fans will forgive the hell they put Quinn through last year.

Showtime has yet to set an exact premiere date for Homeland Season 6, but you can expect it to debut sometime this fall.