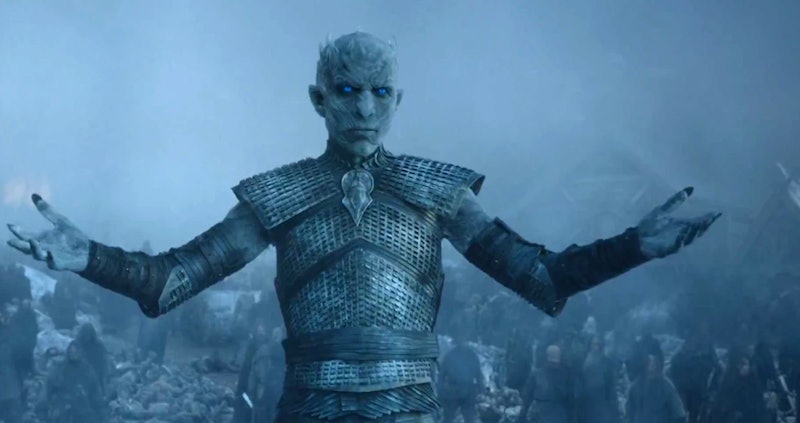 Thanks to a classic Bran Stark time-travel adventure, one of the scariest creatures on Game of Thrones got the origin story treatment on Sunday night's episode: Many moons ago, the Children of the Forest turned a member of the First Men into the original White Walker. Now, why would the Children transform a mortal into the seemingly invincible Night King? Present day Leaf tells Bran that their intent was to make their weirwood tree-killing enemy their ally; Ideally, the obsidian blade would morph the First Man into a powerful snow demon that would want to protect the Children from the First Men. (Aaaaand as anyone who watches the HBO series knows, that whole plan blew up in their faces like one of their magic bombs.) So when was the first White Walker created?

*Borrows Leaf’s day planner.* *Flips back a few thousand years.* *Searches for the day when Leaf jotted down “Turn a First Man into a White Walker.”* *Can't find that day.* Hm, maybe I'll have better luck looking at the history of Westeros (GoT Wiki, I'd be lost without you).

Well, there's our super specific answer: 10,000 to 12,000 years before Aegon the Conquerer ruled (which was around 300 years before present day GoT), the first White Walker was born.

*Gently dabs brow with weirwood leaf.* Whew. Ancient Westeros history sure can tucker a gal out.