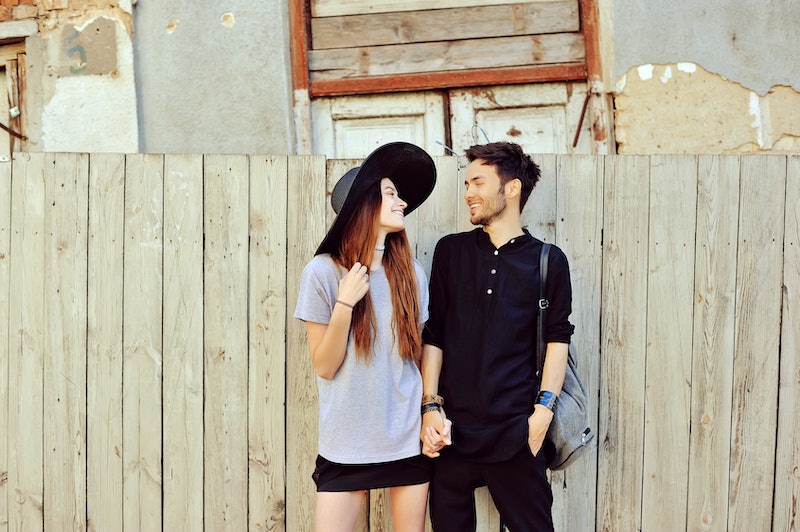 These days, consensual non-monogamy seems to be on everyone's lips. More and more people are opening up publicly and sharing their experiences with alternative relationships, while mainstream shows like House of Cards are portraying the practice with nuance and compassion. These steps towards visibility help counter some of the pervasive fictions about non-monogamy — like, say, it's immoral or sociopathic — because folks do it for a variety of reasons, whether it be for more sex, more love, more freedom or more friendship in their lives.

Still, it's not quite the everyday norm in America to be married and dating or to have multiple partners — who all know about each other, that is. Most non-monogamous folks do deal with varying levels of stigma, because anything that deviates from deeply entrenched cultural customs tends to scare the hell out of people. But thanks to a host of new studies that seem to pop up on the daily, we know it's a completely common human impulse to want more than a single one-on-one relationship to satisfy all your needs forever.

Here's what studies and surveys have to say about consensual non-monogamy, because the desire and drive for it isn't going away anytime soon. But first, check out the latest episode of Bustle's Sex and Relationships podcast, I Want It That Way:

Unlike the stereotype of creepy dudes coercing their girlfriends and wives to swing, one survey of 64,000 couples by the dating site Open Minded found that women are more often the driving force behind non-monogamy. In two thirds of the relationships studied, it was a female partner who asked to open up the relationship.

Another common misconception about non-monogamous folks is that they're crawling with sexually transmitted infections. In fact, they have the same rates of infection as monogamous people, and according to a study published in the Journal of Sex Medicine, non-monogamous individuals are more likely to get tested at a rate of 78 percent compared to 69 percent of their monogamous counterparts.

3. About 5 Percent of Americans Are Non-Monogamous

Non-monogamous people are estimated to be five percent of the American population, says Live Science. But given the prejudice that still exists for non-monogamous people — because disclosing their status can result in all kinds of negative outcomes — who knows how accurate these numbers are. However, we do know that at least five percent of the population is willing to be out and proud enough to tell a researchers about their CNM, and that's something in itself.

Because it is by nature difficult to engage in a practice so outside the norm, there are likely more interested parties than actual practitioners of CNM. Research from 2014 reviewed in Psychology Today found that between 23 and 40 percent of men and between 11 and 22 percent of women out of a sample of 1,280 expressed some level of interest in non-monogamy. Clearly the desire for non-monogamy is there, it just might be social and personal stigma and restrictions that prevent it from flowering.

5. You Probably Know Someone Who Has Tried It

A recent study in the Journal of Sex and Marital Therapy surveyed 87,000 people and discovered that 20 percent of single people had tried a non-monogamous arrangement at some point in their lives. That means one in five of your single friends is likely to have dipped their toe into the waters of "open relationships," which researchers defined as anything from long-term non-monogamous couplings to friends with benefits scenarios. When you skew it that way, perhaps the country is a lot more non-monogamous than we think.