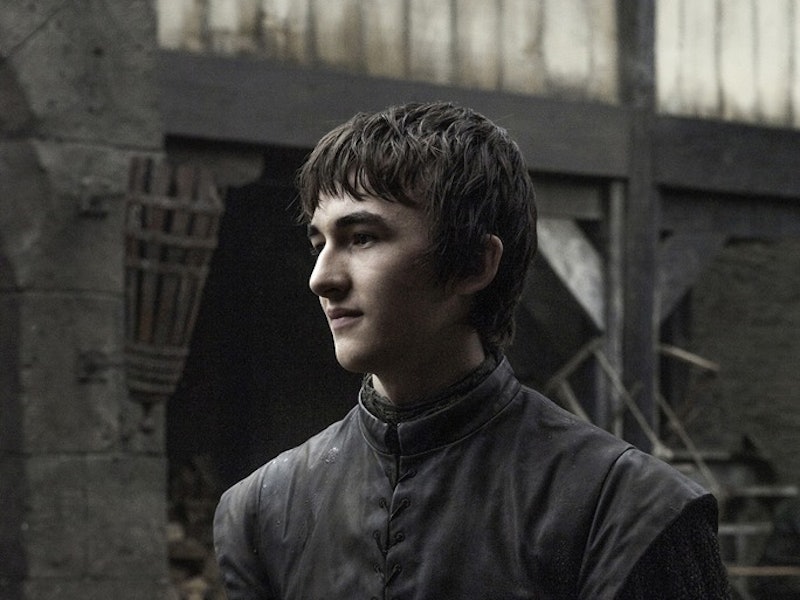 In light of everything that's happened in the last few weeks, I'm ready to go out on a Weirwood Tree limb here and say that Bran Stark is the most important Game of Thrones character in the entire series. And given just how many characters that exist within the confines of this HBO show, that's really saying something. Yet at this point, it's becoming an undeniable fact. I mean, we're talking about someone who has the power to alter time to their will and have a direct impact on what happens in the past and possibly the future. And here I thought riding off on the back of a dragon was impressive. (Just kidding, it still is.) But my point is that Game of Thrones clearly has big plans for Bran in the upcoming episodes. He might not ever sit upon the Iron Throne himself, but that doesn't make him any less valuable.

Now, don't misunderstand what I'm saying here. Bran is not, nor has he ever been, one of my all-time favorite characters on the show. (A sentiment that definitely hasn't shifted in light of the direct role he played in Hodor's death, regardless of how unintentional it may have been.) But we're not talking about who would win in a character popularity contest. We're talking about who has the greatest power to cause significant changes within this fictional world, and Bran seems to be the clear winner. For example...

Bran may not be the only warg in existence, but as he's proven several times now in the past, he's not just able to delve into the minds of animals, but human beings as well. Harry Potter fans probably recognize this trait to being very similar to The Imperius Curse, which allows users complete control over their victim's mind. Granted, Bran's intentions are a lot more pure than that of say Voldemort, but it only helps to prove just how powerful he can be when he puts his mind to it... literally.

His Importance To The Night's King

The Night's King didn't just attack Bran because he was bored. As soon as he saw Bran in that vision, he made short work of tracking down his location to try and kill him. Bu why? Why does this White Walker leader care so much if this boy lives or dies? Perhaps it's because he's the only one who can bring him down. Whether it be by controlling the minds of The Night's King's army and turning them against him or eventually warging into Dany's dragons, Bran poses a great threat to The Night's King and could therefore be the key to bringing this war to an end once and for all.

After warging into Hodor while in a vision, Bran ended up being responsible for why Hodor can only say "Hodor" (a shortened version of the statement, "Hold the door."). That means Bran isn't just observing past and future events in his visions — he's also playing a pivotal part in them. That's huge! And as a couple of Reddit users have been quick to point out, this could also mean that the Three-Eyed Raven could be an older version of Bran, meaning the two characters are actually the same person.

If that's the case, then he's pretty much been teaching himself this entire time, which explains why he was so adamant about making sure Bran knew certain things. Maybe he knew he'd need to know them in the future because he himself had already lived through it. (Anyone else's brain hurt yet?)

When you take all of these factors into consideration, I think it becomes more than clear just how important Bran truly is to the outcome of this show.