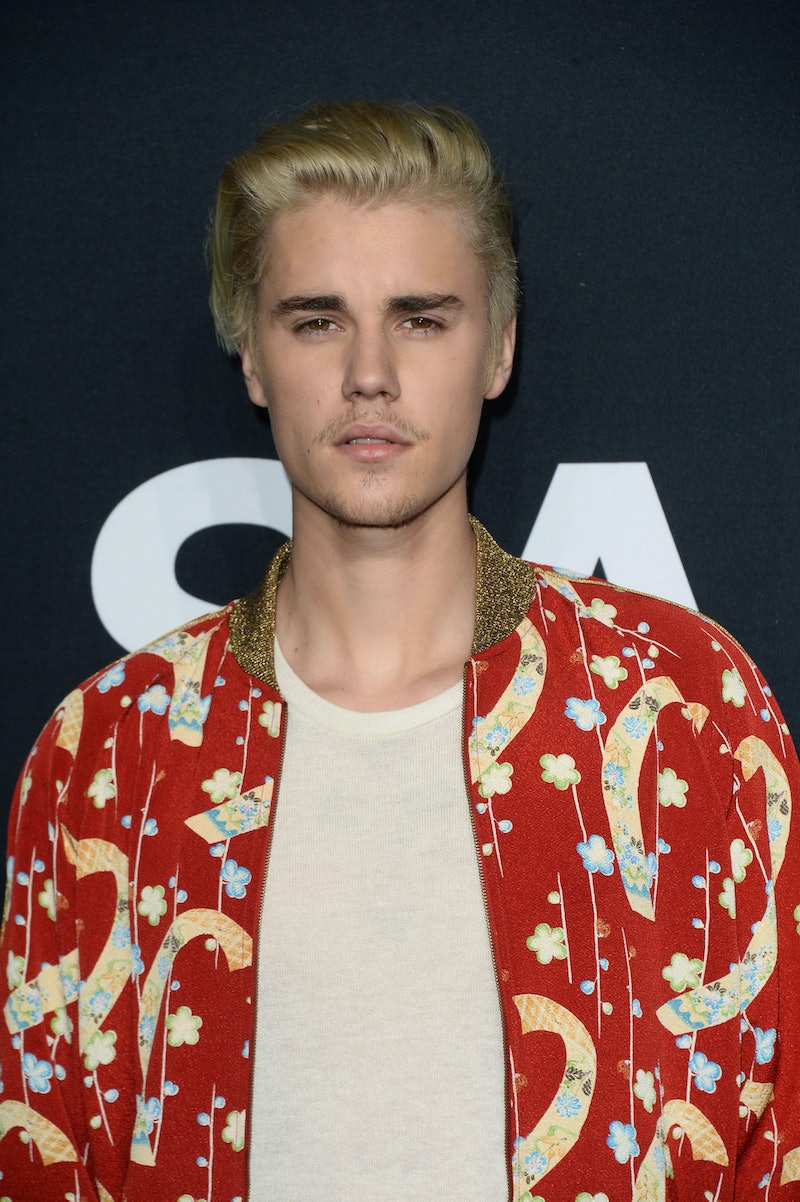 The Biebs may have a new woman in his life. On Wednesday, Justin Bieber and Nicola Peltz grabbed dinner, which of course caught eyes and made headlines. The 22-year-old singer and Transformers: Age of Extinction actor dined in Beverly Hills together, and according to a source who spoke with E! News, Bieber acted "like a gentleman" and even opened the car door for her. "There were two security guards with them," the source said. "Justin's face looked like he had been in the sun." (And that last part is clear if you look at the photo taken of the two.) So, since they were spotted together, this probably means they're dating, right? Not so fast.

A different source told E! News, "They are not a couple, they just went on a date. Justin thinks she is really pretty, though. Justin is single at this moment."

Obviously, Bieber and Peltz could be dating and just trying to stay mum about it all. On the other hand, maybe they really just did decide to go on one date and there wasn't any chemistry. Or, they could just casually be dating and seeing where things go. As far as I can tell, things seems to be pretty new between Bieber and the Bates Motel star, so don't freak out about them just yet.

Per HollywoodLife.com, Bieber and Peltz didn't showcase any PDA, but he appeared "to be a bit protective of his date for the evening." Apparently, they were also "pretty startled by the paparazzi." HollywoodLife.com also reports that the restaurant the two went to, Mastro’s Steakhouse, is the same one Bieber rented out in January 2015 when he was dating Selena Gomez. I guess this is Bieber's go-to spot for dates... or they just have really good food.

In September 2015, Bieber opened up on The Ellen DeGeneres Show about how he was single "and ready to mingle." Since his split with Gomez, which he told Australia's The Kyle and Jackie O Show, also in September 2015, broke his heart, he's definitely seemed to be dating around. For a bit in 2016, he was linked to Hailey Baldwin, but as she told E! News in February, they were never an "exclusive couple." Now that Bieber has been spotted with Peltz, maybe he's just living up to the mingling he declared he was ready for to Ellen DeGeneres.

As for Peltz, according to HollywoodLife.com, she dated The Last Ship's Cameron Fuller throughout 2015. If you check out her Instagram, in May, Peltz posed a photo with Fuller wishing him congrats on graduating from the University of Southern California. Maybe they are still dating or just close friends.

Whatever the case, as of right now, nothing seems to be too serious between Bieber and Peltz.