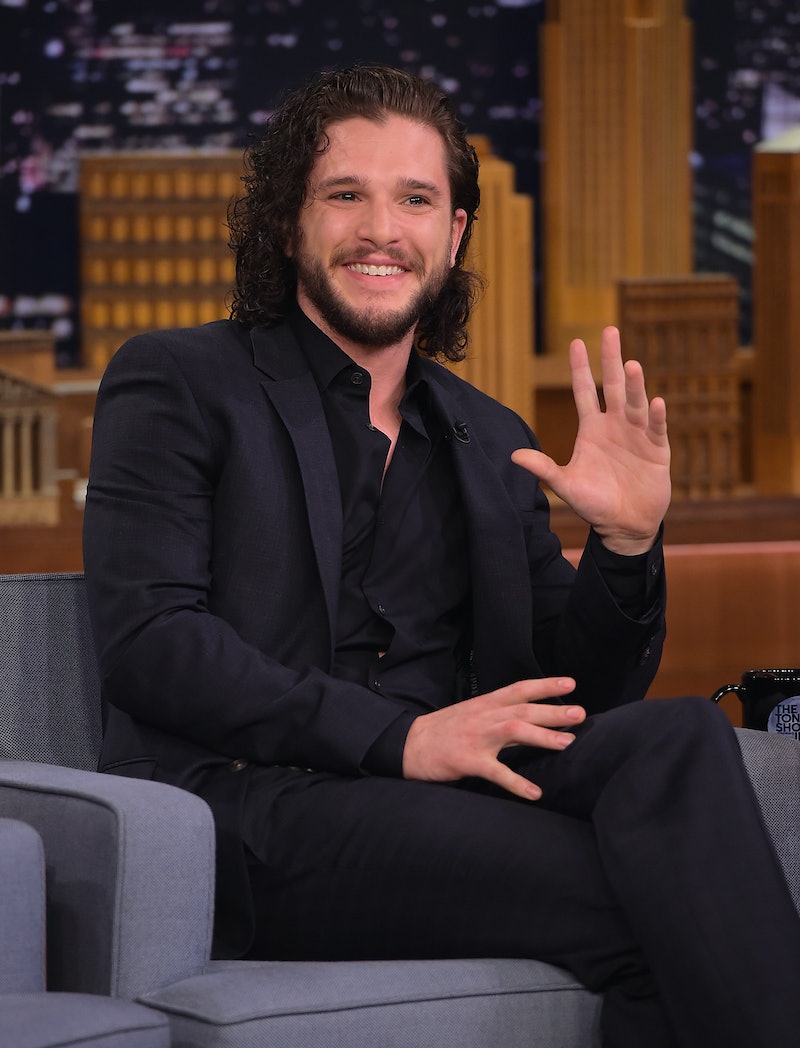 File this under: Who doesn't love it when a Game of Thrones cast member pops by without warning? In the middle of Kit Harington's recent visit to BBC Radio 1, show host Nick Grimshaw took a call from a very special listener: Arya Stark. Yep, Maisie Williams interrupted Kit Harington's interview. And Williams was on a mission: She wanted to know when she would get to kick it with her on-screen half-brother (h/t Entertainment Weekly).

After chatting about missing Harington’s turn in the stage production of Dr. Faustus and ear infections and friendship and whatnot, Williams posed a question to her costar: “When are we next hanging out, Kit?” Aughhh their friendship is too much! And her charming straightforwardness is too much!

Without missing a beat, Harington invited her to see his play again, and then suggested that she “come with Soph.” As in GoT costar Sophie Turner? Aughhhhh he calls her Soph! How sweet! This is too much, too!

Williams accepted, and then took the plans to the next level when she suggested that she, Harington, and Sophie Turner go out after the show. Harington was on board. As they continued to discuss what will certainly be a brilliant evening, the gent who portrays the ex-Lord Commander of the Night's Watch joked that this on-air conversation was easier than texting. AUGHHHHHH this trio of friends is. Too. Much. I bet they're going to have the best time. I couldn't be more thrilled for them.

Yes, that and plan when she'd next paint the town red (oops, poor choice of words) with Jon Snow and Sansa Stark. And I couldn't be more here for it.