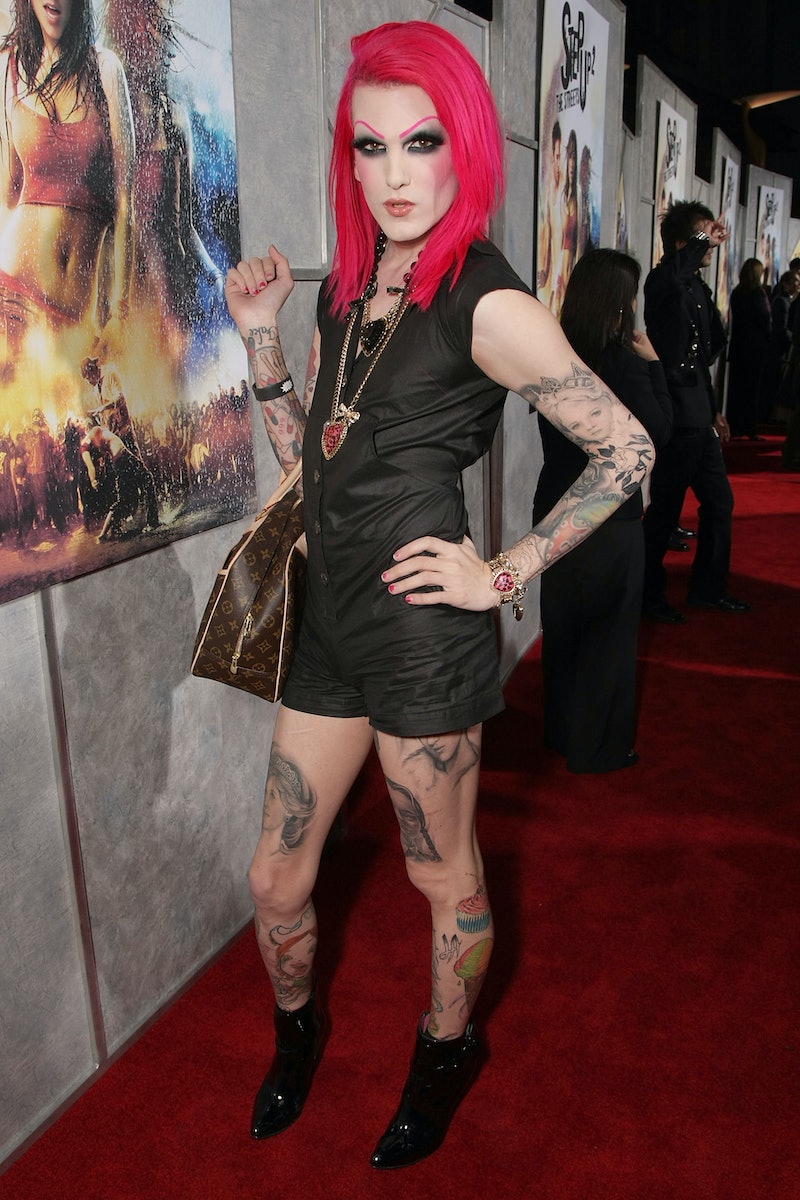 When it comes to hyper-pigmentation and long-lasting makeup, Jeffree Star Cosmetics is the best of the best. While Star’s beauty line is known for insanely good liquid lipsticks, the brand most recently debuted Beauty Killer, an eyeshadow palette that has quickly become a cult favorite. This has led to JSC’s next venture, Jeffree Star’s Androgyny Eyeshadow Palette. Just days after JSC’s spring eyeshadow palette debuted on May 25, Star took to Twitter to announce the title of the brand’s next eyeshadow palette. The tweet reads, “I've been working on my FALL eyeshadow palette and I'm almost done... IT'S CALLED “'ANDROGYNY.'”

While fall seems like a long time from now, it's a safe bet to say that if the Androgyny palette is anything like the “extreme pigment” Beauty Killer one, it will definitely be worth the wait. Since Jeffree Star only recently announced this adventure via Twitter on May 28, there is very little news out yet regarding the Androgyny palette. However, we do know that it, much like the Beauty Killer palette, will contain 10 different hues, and they will most likely come in one or more of JSC's three different eyeshadow formulas of frost, glitter, or matte.

It is also very possible that the palette will include a shadow in a similar hue to JSC’s liquid lipstick shade, Androgyny. That’s right: Androgyny is not a new shade for the JSC brand. It is one of the many sold out velour liquid lipstick colors, and like most of the brand’s liquid lippies, it's absolutely gorgeous.

Although this rich mauve tone makes a stellar lip color, it would make an equally beautiful eyeshadow. That said, I truly hope that Star reimagines this lip tone as an eyeshadow, as it would make a great all-over eye color as well as an amazing hue for the crease.

Jeffree Star Cosmetics, while lip-focused in the beginning, is rapidly expanding. From liquid lipsticks that sell out just as fast as Kylie's Lip Kits, to extremely pigmented palettes that are sure to be cult classics, there's no stopping Star now. JSC also recently ventured into highlighters with its new product Skin Frost, a super pigmented powder that can be used both wet and dry.

The launch date has yet to be announced for the Androgyny palette, but here's hoping that it arrives sooner rather than later.

Unfortunately, pictures of Androgyny have yet to be released. However, it is very likely that the palette will appear similar to the Beauty Killer item above, with different shades of course.

The Beauty Killer palette has only been out since May 25, and it has already garnered a multitude of fans. This makes me think that the new Androgyny palette will be just as, if not more, successful.

More like this
42 Black Owned Fashion & Beauty Brands To Support Today & Always
By Mekita Rivas, Shea Simmons, Kui Mwai and Dominique Norman
This Week’s New Makeup Releases & More Beauty Headlines
By Audrey Noble and Erin Stovall
The 19 Best OPI Nail Polish Colors, According To Manicurists
By Audrey Noble
15 Vegan Makeup Brands To Shop For Cruelty-Free Glam
By Audrey Noble
Get Even More From Bustle — Sign Up For The Newsletter
From hair trends to relationship advice, our daily newsletter has everything you need to sound like a person who’s on TikTok, even if you aren’t.