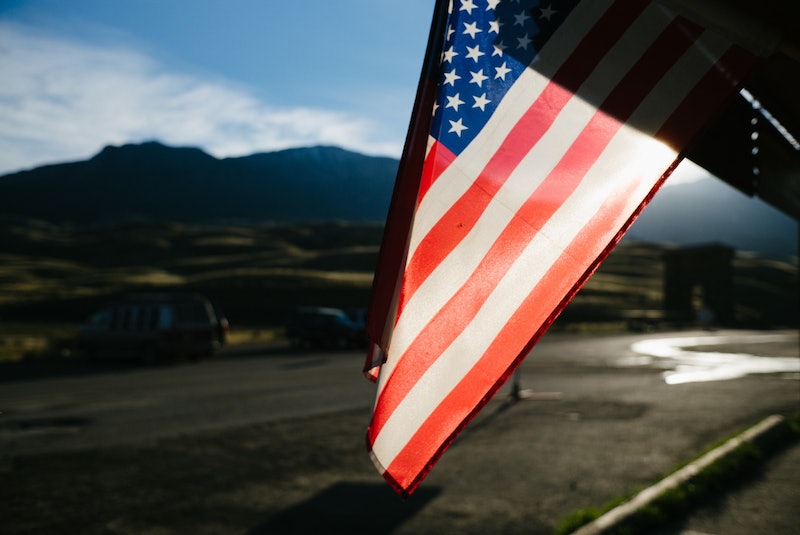 The origins of Memorial Day are rooted in mourning the loss of our nation's fallen soldiers, or more specifically, celebrating their bravery and sacrifice. Even though it's tempting to gleefully accept a day off of work without questioning why, you may find yourself contemplating, when did Memorial Day become a national holiday? It's a very important question, indeed. Well, here is a little history lesson for you that just may give you some interesting info to spout at Monday's barbecue, or whatever festivities you may choose to partake in on this beautiful three-day weekend.

Memorial Day began as Decoration Day on May 5, 1868, when the Gen. John A. Logan, head of the Grand Army of the Republic, instituted it as the day flowers would be spread on the graves of deceased soldiers. It is widely thought that May 30 was the original date chosen because flowers would be blooming across the nation by that time of year.

That was the first time a large observance was held for Decoration Day, and this celebration took place at Arlington National Cemetery. It wasn't until over 100 years later though, in 1971, that Memorial Day was declared a national holiday by an act of Congress. Now, we celebrate Memorial Day on the last Monday of May, but for many years May 30 was the exact date of observance. While many local festivities were said to be the first observance, President Lyndon B. Johnson and Congress named the 1966 celebration in Waterloo, New York, as the official birthplace of Memorial Day. There, local vets who fought and perished during the Civil War were honored. Waterloo is set to commemorate its 150th Memorial Day celebration this year.

So, while you're enjoying your free time and, hopefully, chatting about why we celebrate Memorial Day, you'll have just a little more background to inform your celebrations.