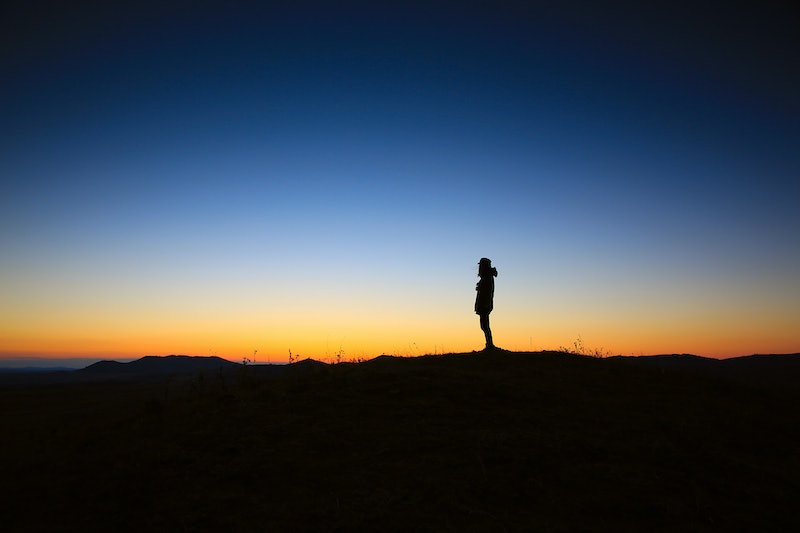 If you're a relatively intelligent person, two things are likely true: you socialize less than your peers, and you have anxiety about whether or not that's normal and sane and acceptable. As most of us already know, intelligent people tend to be more anxious than others and also are more likely to have social anxiety, as they are more perceptive than the average person. However, a study published in the British Journal of Psychology has demonstrated that this often goes even a step further: highly intelligent people actually prefer their own company, and there's a pretty interesting reason why.

First, what we know: the study explained that evolutionary psychologists have discovered a link between frequent social interaction and reduced life satisfaction in people who are generally more intelligent. They surveyed adults between the ages of 18 and 28, and found that people who lived in more densely populated areas reported lower levels of happiness, and the same was true when people had more frequent socialization with friends.

The study proposes the idea that "savannah theory" is at the root of modern happiness — or that the things that inherently make us happy are as true now as they were at the dawn of civilization. The idea is that smarter individuals are better able to adapt to the challenges of modern living, and are more willing to "leave the group" to forge ahead with their own, more fulfilling lives. Basically: intelligent people prefer to socialize less because they do not need that feeling of tribal belonging to find meaning in their lives. In fact, they're the ones who, when confronted with the choice between "belonging" and forging their own path, are more likely to choose to go their own way.

Backing this up is the fact that self-reported happiness is often greater in smaller towns than in bigger cities, which has been called in the past the "urban-rural happiness gradient." This could be due to many factors, but it's likely most due to the fact that people thrive in smaller circles, and more intimate, genuine connections. In a small town, there's a sense of community, and a sense of belonging. You walk out to the deli in the morning and greet the same people, as opposed to feeling lost among the shuffle in a bigger city. Likewise, in a smaller town, the focus is on who you are and how you connect with others, as opposed to what you achieve or who you appear to be. Intelligent people largely bypass this in favor of their own pursuits, but either way the point remains: smart people (and happy people!) thrive in a few, close, genuine relationships.

More like this
Here's How To Support Jewish People Amid Rising Antisemitism
By Hannah Orenstein
6 Steps For A Successful Healing Manifestation Ritual
By Kristine Fellizar
These Are The 3 Most Mellow Zodiac Signs
By Kristine Fellizar
What Is Harry & Meghan's Net Worth? They're Richer Thanks To Their Netflix Doc
By Hugh McIntyre
Get Even More From Bustle — Sign Up For The Newsletter