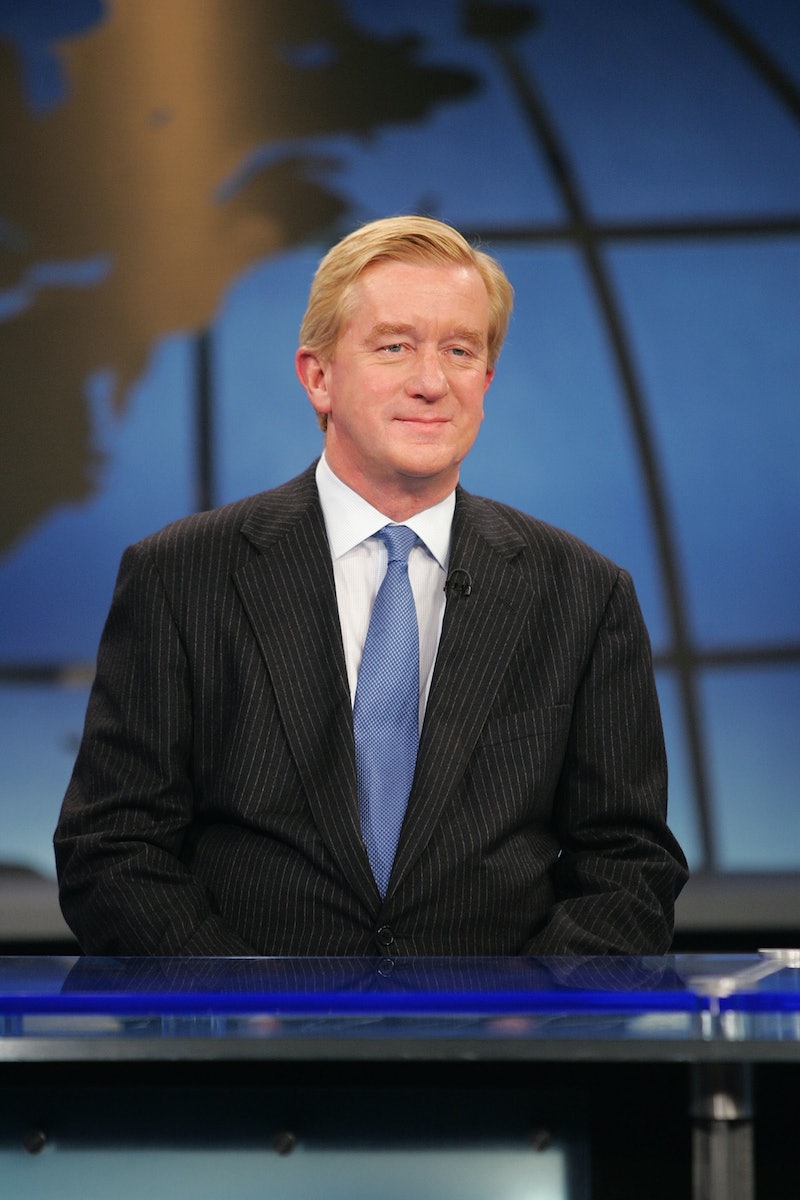 If you're typically a Republican voter ― which, hey, you might not be, but bear with me ― there's a pretty good chance that this election season has thrown you for a loop. In a matter of months, the Republican primary field narrowed from a staggering 17 candidates to one man left standing: businessman Donald Trump. And on the Democratic side you're faced with Hillary Clinton, and maybe she's not your cup of tea. So, what about the Libertarian ticket in 2016? Specifically, who is Gary Johnson's running mate, William Weld?

You're forgiven if you're not that familiar with Weld, who doesn't actually go by "William" in his political life ― to the voters, it's just plain old Bill Weld. Now 70 years old, and out of elected politics since the 1990's (though not for lack of trying), Weld served as the Governor of Massachusetts from 1991 to 1997, and his victory in his 1994 reelection spoke to his robust popularity with the voters of the Commonwealth State. He won slightly more than 70 percent of the vote, to his challenger's 28 percent, one of the biggest landslides in Massachusetts history.

In other words, as somebody with previous gubernatorial experience, Weld has proven before that he has what it takes to thrive in a traditionally Democratic electorate, and win big.

Of course, all this was an awfully long time ago ― he's subsequently failed to win elected office two times, first losing his 1996 challenge to Massachusetts' incumbent Democratic senator John Kerry, and then an ill-fated run for Governor of New York in 2006 (he moved there in 2000) on the Libertarian ticket.

As far as his personal life goes, Weld is twice-married, currently to novelist Leslie Marshall, and had five children in his first marriage to Susan Roosevelt Weld, the great-granddaughter of ― you guessed it ―Theodore Roosevelt! You might have guessed Franklin Delano Roosevelt instead, but the Republican was the probably the safer bet.

Weld was nominated to be the Libertarian Party's vice presidential candidate on Sunday, alongside the man who'll be the party's standard-bearer, former New Mexico governor Gary Johnson. Theirs will be the only major presidential ticket this year to boast two former governors, both of whom were solidly successful with their own electorates ― Johnson won reelection in New Mexico in 1998 by ten points, a far cry from Weld's more than 40-point landslide, but a strong win all the same.

Weld has already been at the center of some brouhaha this campaign season, by virtue of his controversial criticism of Republican presidential nominee Donald Trump. Speaking prior to his nomination as the Libertarian VP, Weld said that Trump's immigration plan (he wants to deport 11 million undocumented immigrants from the United States) reminded him of Kristallnacht, the anti-Jewish pogrom in Nazi Germany in 1938. Trump responded in typical Trump style, accusing Weld of being an alcoholic.

If that's any indication of what the 2016 general election campaign will be like, you can bet you haven't heard the last of Weld's name in the news. If you're curious whether you could see these guys in a general election debate, you definitely could, provided they manage to pass 15 percent in five national polls. That's almost prohibitively difficult under normal circumstances, but with Trump and Clinton's very high unfavorability ratings, this might be a better chance than ever for the Libertarians to make a move.