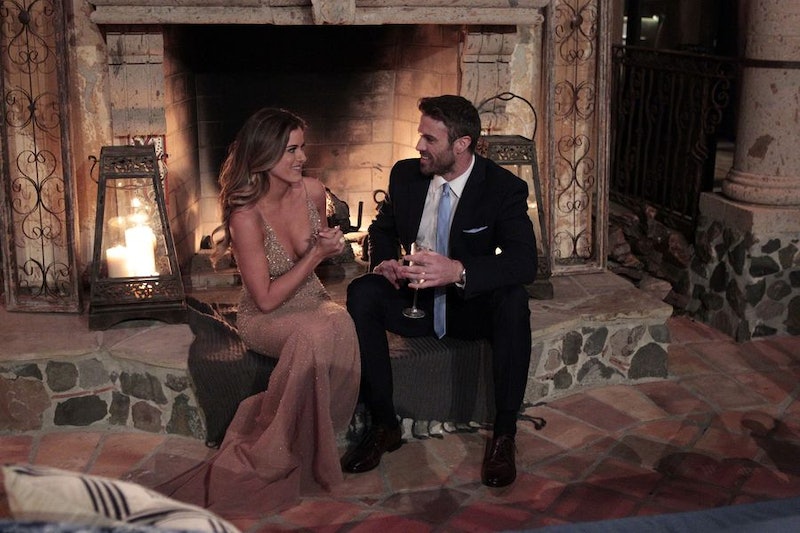 Every season of a reality show has a villain, and on JoJo’s season of The Bachelorette , it’s obvious that that guy is Chad. Sure, Chad is tall, square-jawed, and hella handsome, but he says plenty of screwed up things to the camera. You see, Chad thinks he’s the ish, and I don’t know, maybe he is. I don’t know the guy. But he came into the Bachelorette mansion with his guns blazing, and that doesn’t make him popular with the other contestants. I have to say, the things he says don’t make him very popular with me, either.

I get it — everyone plays a character on these shows. Chad could be really normal in person, but when the cameras come on, he changes. He’s falling into the popular dichotomy of “the guys on the show hate me but the Bachelorette loves me.” We’ve seen it with Bentley and Ashley on her season of The Bachelorette, and we’ll see it again after JoJo’s season wraps. One big difference between seasons of The Bachelor and The Bachelorette is that the infighting between the men is so much more apparent than with the women. The other contestants on JoJo’s season are already gunning to get him out, simply because he can’t hold his tongue. Let’s see what he’s had to say so far this season.

1. “I feel like none of these guys have dated a girl of JoJo’s caliber before.”

And how would you know that, Chad? Have you dated a babe like JoJo before?

2. “I think JoJo wants a man. I cannot see her with these guys.”

Because peacocking, overwrought masculinity is so attractive, Chad.

3. “I always warn girls, I always say, say away from the nice guys. It’s the nice guys who are actually the a**holes.”

Maybe Chad listened to too much Green Day as a youth, because nice guys definitely do not finish last.

4. "A lot of these guys really have no chance in the end."

To be fair, Chad, the chance of winning the show is only 1 in 25. The chances aren't great to begin with.

6. "I don't care if I'm best friends with these guys... It's only fun to mess with people when they get upset."

This quote totally makes me think he's here to get his 15 minutes in.

7. "She's going to keep Alex around because she doesn't want America to think she hates short people."

Chad thinks height is something you need to be able to fall in love. Jerk.

It's the beginning of the season, Chad. None of us do, but you don't have to call it out.

That's what women love — to be told how they feel.

Chad. Won't you think before you speak?