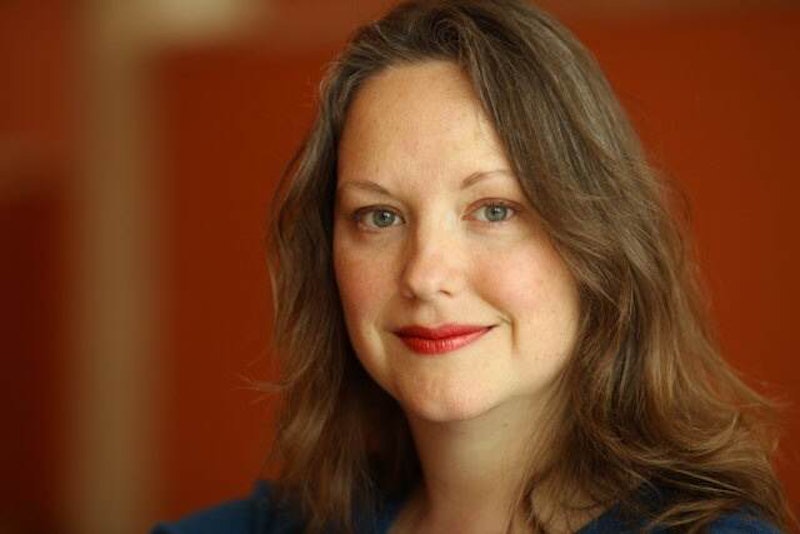 Author Emily Winslow may primarily write psychological suspense novels, but her new book is rooted in a brutal real-life crime she experienced firsthand. Jane Doe January: My Twenty-year Search for Truth and Justice is a memoir that centers on the author’s quest for resolution after a suspect is arrested two decades after she was raped. Written with the self-imposed mandate of being “direct, vivid, and compassionate,” Winslow shares her story of coping, both with the attack and the subsequent legal proceedings.

As a writer, Winslow couldn’t help but investigate her attacker — who had long felt like an “unstoppable force” in her life — and document the case as it began to unfold. “I wrote it as it was happening,” she tells Bustle in an interview. “I had to write it … I couldn’t not write it.”

In fact, doing so ended up taking precedence over the novel she was supposed to be working on at the time because it helped her make sense of everything that she was feeling. As “weird” as it felt to be penning her own story, her background in crime writing made the process surprisingly therapeutic.

While her original intent was to write about the case for herself, she soon found another use for her work: sharing information with friends who knew nothing about the decades-old rape. Because it had been so long, the topic had never come up with many of the people in her life, especially given that she had moved from the United States to England in the years since.

“Suddenly, I was in the middle of this prosecution and I needed to tell the people around me,” she says. “I couldn’t, of course, say any of that without first explaining all of this backstory. I think that would be difficult with anybody, but particularly with the British versus American cultural differences.”

Winslow would send important passages to friends, which then gave them a chance to read what she had written, process it, and later discuss it with her. She found that it was easier that way for both parties, and it filled her need for her loved ones to know about this major event happening in her life.

What has been much different, however, is having Jane Doe January out there for public consumption. “That is very, very strange,” she says. “But the reaction so far has been very positive and very supportive, and there is something lovely about feeling understood.”

In spite of the strangeness, Winslow wanted the book published for multiple reasons. For one, she thinks it is important for rape victims to be able to talk about their experiences if they want to. Although she recognizes that different people will have different desires (and that they’ll likely vary at different points in time), the topic remains largely taboo.

“Having [discussions] be normalized enough that the victim truly does feel free to talk or not talk as they wish would be a wonderful thing,” she says.

“Having [discussions] be normalized enough that the victim truly does feel free to talk or not talk as they wish would be a wonderful thing,” she says.

Winslow also hopes for her work to help other victims find their voice, whether her actions in the book strike a chord with them or are very different from how they would approach a similar situation.

“I know that some readers are going to read it and really identify with my urges, with the way I reacted … Equally, there are going to be many readers who are going to look at it and think in contrast,” says Winslow. “I’m equally excited about both, because what I really wish is for every person who struggles with the aftermath of something like this to come to an understanding of their own voice.”

With its multiple compelling story arcs, Jane Doe January does certainly discuss issues that, sadly, are all-too-relatable for many. Winslow does so with honesty, determination, and grace, making her memoir a fascinating and emotional ride bound to inspire important conversations.

More like this
Steve Banerjee's Wife Irene Sold The Chippendales Brand Prior To Her Death
By Brad Witter
Casey Anthony’s Father Said He Was “Ready To Forgive Her” Before She Renewed Allegations
By Brad Witter
Allie Rowbottom Will Have Her Feminism With A Side of Botox
By Samantha Leach
The 'Firefly Lane' Book Ending Teases Way More Tears To Come In 2023
By K.W. Colyard
Get Even More From Bustle — Sign Up For The Newsletter