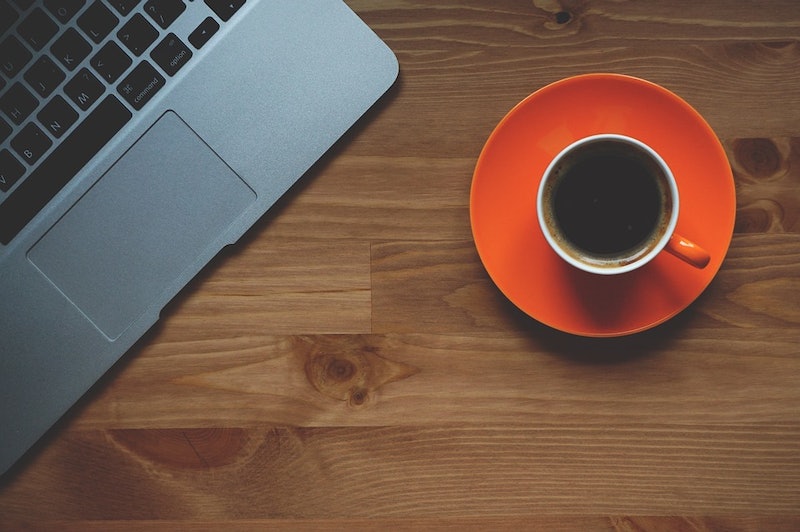 As an Australian who currently lives in the United Kingdom (two countries with less intense workplace cultures than the United States), American workplace culture often puzzles me. And that's not just a personal bias — the U.S. ranks 27 out of 38 countries on the Organisation for Economic Cooperation and Development's Better Life Index, a ranking that takes into account the health, safety, work-life balance, and personal satisfaction that citizens of various countries report feeling.

Estimating the health of a country's workplace culture is a delicate enterprise, but a good starting point is understanding how many hours per week people actually work, how employers and the state protect the rights of families, and how much time off workers are permitted. Good marks in those areas add up to happier workers and happier people altogether; and, frankly, the United States doesn't get decent marks most of the time. The 40-hour work week is a dream for a third of the U.S. workforce, who work more than that regularly; the country doesn't have any laws requiring employers to offer paid vacation time, and universal paid maternity and paternity leave remains more of a fantasy than a potential reality — the United States is the only high-income country to not offer universal paid maternity leave. Happiness in the U.S. workplace, Forbes argues, comes from in-house perks, rather than a good work-life balance.

But while many countries have workplace cultures that are less severe, a handful have workplace cultures so mental health-focused, so balanced and leisurely, that it puts virtually every other country to shame. I'm warning you: This list may send you scuttling off to expat job sites looking for a good excuse to move to Finland.

Here are five countries that arguably have a healthier attitude to work than the United States does:

Hours Worked: Sweden made headlines earlier in 2016 when it was reported that it was switching to a six-hour work day throughout the country, in order to improve focus, heighten staff productivity, and give people more time outside the office.

Vacation Days: Swedes are entitled to 25 days of annual leave, and the Swedish propensity to take five-week summer vacations is one of the most beloved parts of the national culture.

Maternity and Paternity Leave: Sweden's already-generous parental leave — 16 months off in total, to be shared between the two parents, with two months reserved exclusively to be taken by dads — was expanded in 2016; fathers now have three months reserved entirely for time with their new children. Parents earn 80 percent of their normal salary while on leave.

Work-Life Balance: The six-hour working day news led to headlines that Swedes are "obsessed" with work-life balance, and that may not be entirely far from the truth. The European Union calls Swedish parents "among the EU’s most successful in balancing work and family responsibilities," thanks to rampant gender equality legislation and the aforementioned generous parental leave; and the new shorter working day is seen, legally, as protecting the right to free time and leisure among working Swedes. Also, the daily coffee break, known as fika, is so important that it's part of the main advice given to foreign workers at Swedish companies.

Hours Worked: Dutch law is very focused on rest time and working balance; you're only allowed to work 2,080 hours a year (that breaks down to about 40 hours a week), and the average, according to the OECD, is more like 1,378.

Vacation Days: The Dutch legal minimum for holidays is four times the working time per week; for full-time workers, this works out at 20 holiday days, but Dutch employers are notoriously generous and often give an extra five days.

Maternity and Paternity Leave: Maternity leave in the Netherlands is solid; the mother of a child gets 16 weeks off, usually at 100 percent pay. Dutch parents are also entitled to adoption leave when they adopt a child, up to a month on an allowance. According to Access, "parental leave is entitled to up to 26 times your weekly working hours. The normal arrangement is that for six months, you work half of your normal hours. For example, if you work 32 hours per week, then for six months you will work 16 hours per week together with taking 16 hours parental leave per week." Paternity leave's a bit more restricted; you only get five days off for the birth of the baby, and a day off to register the birth.

Work-Life Balance: On the OECD's Better Life Index, the Netherlands ranks a whopping third out of 38 countries.

Hours Worked: According to data gathered in 2014 and reported by Business Insider, Finnish people work less than 1,700 hours a year, one of the lowest rates in the world.

Vacation Days: Finnish law requires a minimum of 24 paid vacation days per year, and you can often request five extra days in the form of reduced working hours. Most of the vacation days need to be spent in the period where Finland's weather is nicest, between May and September.

Maternity and Paternity Leave: Every child under school age in Finland is entitled to state subsidized daycare, and the EU points out that Finland's structure of parental leave (18 weeks of maternity leave, nine weeks of paternity leave, and 26 weeks of paternal leave) cover the first year of a baby's life. Finland is also the home of the world-famous baby box, the box of supplies given to every new mother for free to help the family's start, including clothes, sheets, tiny jackets and small toys. Many Finnish babies actually sleep in the boxes themselves.

Work-Life Balance: The OECD estimates that workers in Finland spend a total of 15.2 hours per day doing personal tasks like sleeping or having leisure time, which is above the EU average and puts them in the top third of the work-life balance rankings.

Hours Worked: France's work weeks are actually the subject of substantial controversy at the moment: The country has been proud of its 35-hour work week for ages, but the current government is trying to push through reforms that mean businesses can negotiate longer ones or lower payments for employees working above the limit.

Vacation Days: On average, French employees take about 30 days of paid vacation per year. That makes French vacation policy among the most generous in the world.

Maternity and Paternity Leave: French law requires 16 mandatory, fully-paid (up to a certain monetary ceiling) weeks of maternity leave — six before the birth and 10 afterward. It also increases the rates proportionally if you're having multiple births. After that, either the mother or the father can take parental leave until the child turns three.

Work-Life Balance: Nobody does time out like the French. The OECD names it number one country when it comes to the amount of time spent every week devoted to entertainment, fun, and non-work things. They're also champions of the flexible working week, and frequent agitators for working rights and the needs of the labor force.

Hours Worked: Brazilian workplace hours are much the same as the United States, with a maximum of 44 hours a week, and an estimate of around eight hours worked per day.

Vacation Days: Brazil streaks ahead of other countries in its celebration of days off: Employees can expect over 40 days of vacation per year, 30 provided by the company and 11 by the state.

Maternity and Paternity Leave: While mothers in Brazil are given 120 days of maternity leave (with an optional extra 60 if they negotiate with their organization), the paternal leave policy isn't quite there — but new proposals are trying to improve it. A 2014 law to change the paternity leave in one Brazilian area from four days to 30 encountered widespread support and interest, and a law passed this February brought it up to 20 nationwide among participating companies.

Work-Life Balance: Brazil doesn't do so well in the OECD rankings, but it's consistently held up as a good place to work, largely because of the seriously high amount of vacation time for workers. After all, who doesn't just love their holidays?

More like this
5 Ways To Help People Impacted By Hurricane Ian In Cuba & Florida
By Emma Carey
It's A Pleasure #53: Help! My Boyfriend Won't Tell Me Why He Stopped Going Down On Me
By Sophia Benoit
Chelsea Clinton On The Best Advice She Ever Got From Her Mom
By Brianna Kovan
The 5 Best SLS-Free Toothpastes, According To Dentists
By Amy Biggart and Danielle Calma
Get Even More From Bustle — Sign Up For The Newsletter