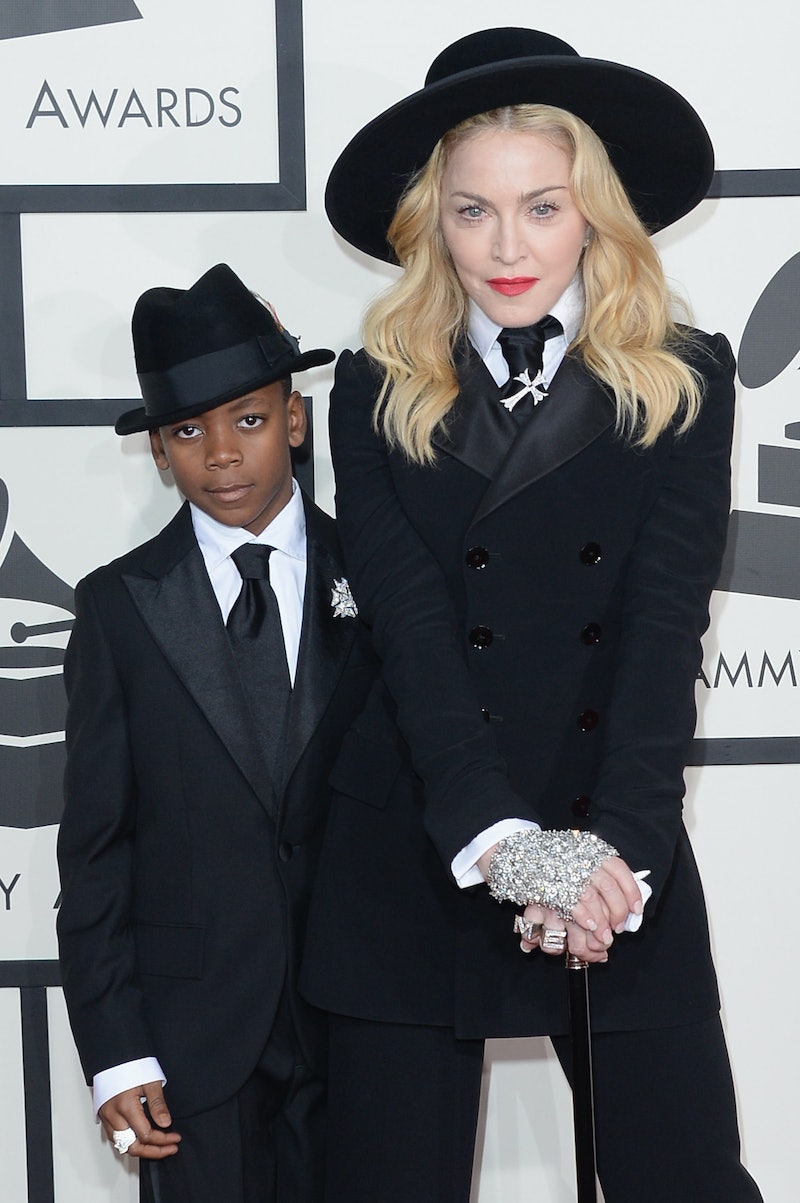 For the past decade or so, adoption has gained a lot of media attention as a supposed "hot new trend" among American celebrities like Madonna, Sandra Bullock, Charlize Theron, and Connie Britton, who have all added to their family groups via adoption. (And that's not even mentioning Angelina Jolie, the greatest publicist for adoption to have ever lived.) But despite what you might think from reading tabloids, adoption isn't an activity limited solely to the rich and famous; in 2015, 5647 children were adopted from overseas by US families, while 50,644 were adopted from foster care in 2014. (And that's not even counting the numbers from independent or domestic adoption.) Adoption is an important part of how many families develop and grow. But considering how common it is, most of us have very little idea of how the adoption process actually works.

The most important thing you should know about adoption under the American legal system is that there are several routes for adoption, all with their own sub-categories and unique rules. Adoption from overseas, for instance, has specific requirements depending on the country of origin and the child's own position, while adoption from within the U.S. can be categorized as domestic (via an agency), independent (without an agency), or via the foster care system (adopting a child currently in the care of the state). It can seem labyrinthine, especially since each kind of adoption has different advantages, disadvantages, waiting times and costs.

So here's a brief guide to the actual process behind the varieties of adoption available to U.S. citizens — in case you're planning for the future or just curious.

If you want to adopt from overseas, the process itself will be neither fast nor cheap. The State Department estimates that many foreign adoptions can take one to four years, and the process differs depending on the child's country of origin. If their country is part of the Hague Convention On Protection Of Children and Cooperation In Respect Of Intercountry Adoption, then you'll have to go through what's called the "Hague Process" with U.S. Citizenship & Immigration Services, who'll be in charge of overseeing the process. There are about 90 Hague countries, though Russia, notably, isn't one of them.

If you're adopting a child from a Hague country, you'll work with USCIS to find an adoption provider in your chosen country, go through the process of being approved as an adopter, find your awesome new family member, and then fill out all the paperwork and go through the legal hoops to get your child legally recognized by immigration. If their home country isn't on the Hague list, things get trickier. You'll likely have to go through something called the "orphan process," where you prove that the child you intend to adopt has no family or that their one surviving parent can't care for them. USCIS will actually investigate whether the child's orphan status is real before they allow the adoption to proceed.

The key stage in being approved as an adoptive parent under U.S. law is the "home study." It's compulsory for all foreign parents, though the requirements for home studies differ from state to state. The U.S. Department Of Health explains that the home study has three purposes: "educate and prepare the prospective family for adoption; evaluate the capability and suitability of the prospective family to adopt; and gather information about the prospective adoptive family that will help a social worker match the family with a child or youth whose needs they can best meet (applicable to adoptions in which public child welfare agencies are involved)". Essentially, it's both a test and a chance to gather more information. If you're adopting from overseas, USCIS will run your home study, and you'll likely have more than one, both before and after the adoption.

And cost-wise, overseas adoption is one of the most expensive options on the table: it can cost anywhere from $15,000 to $30,000 or more, depending on the fees of the foreign agency and the cost of legal fees and paperwork.

Given all that, you might think that adopting from within American borders would be easier, right? Well, not so much. First of all, let's clarify some terms. "Domestic adoption," in this sense, means that you're adopting using an adoption agency within the U.S., not via direct communication with the child's parents or via the foster care system. Adoption agencies essentially function as go-betweens, matching potential parents with children; but there's much more to their role than that.

The agency you choose is a big deal: the agency American Adoptions points out that there's huge variation within the field in terms of what an agency does and the area that it covers. Agencies can specialize in one state or work in all 50, organize their potential matches in different ways, and offer a range of different services, from legal advice to step-by-step handholding. Many agencies do the home study procedure of the adoption process themselves, but others outsource them or require the parents to find people to do it.

The domestic matching process between parents and children can be long, fraught and full of difficulties; it's nothing like media portrayals where parents meet a child and then bring them home the next day. Among other things, the process is legally complex: if the child comes from another state, the adoptive parents will have to fill out Interstate Compact for the Placement of Children (ICPC) paperwork. Legally, a certain number of home visits have to be undertaken by the agency or home study professionals. And it's not cheap, either: a study in 2012 found that the average total cost of a domestic adoption was $39,966.

The poster child for independent adoption is, of course, Ellen Page's character in Juno, who found the adoptive parents for her child in the local newspaper. Independent adoption means adoption done without the intermediary of an adoption agency; it's often negotiated directly between the person having the child and prospective adoptive parents. They don't do it all on their own, of course: the process is mediated by an adoption attorney, who makes sure everything is above board and legal. (In fact, independent adoption is actually illegal in Colorado, Connecticut, Delaware, Massachusetts, and North Dakota.)

Adoptive Families Magazine lays out the duties of an adoption attorney: they'll do all the paperwork and legal representation and handle the money; in some places, they will also assist with the actual search for a birth mother and child. A lot of states allow the adoptive parents to pay directly for the medical expenses of the birth mother, but laws between states differ a lot in the details. In the case of an independent adoption, home studies still must be done, but they have to be performed by specialists not connected to agencies. (Fortunately, those exist, though they're not cheap.) The general estimate for costs in independent adoptions is $8,000 to $40,000.

Adopting a child who has been placed in foster care (i.e. in the care of the state) is a process that has many steps, laid out in detail by AdoptUSKids: prospective parents apply to a local adoption agency with a focus on foster adoption, go through a rigorous "pre-service training" program, apply to adopt with a caseworker, do a home study, are matched with a child, and then gradually introduce them into your home before adopting them formally. The entire rigmarole is very closely monitored by the local state authorities, but it's got one huge benefit (aside from a very cool kid or several in your house): if you adopt a foster child using a public agency, it's often free, and many children adopted from foster care receive a subsidy from the state every month to help their adoptive families.

Plus, federal law is amazingly open about who can be matched with whom: you don't need to be married, own your own home, be a certain sexuality, or have the perfect white-picket-fence situation to adopt from foster care.