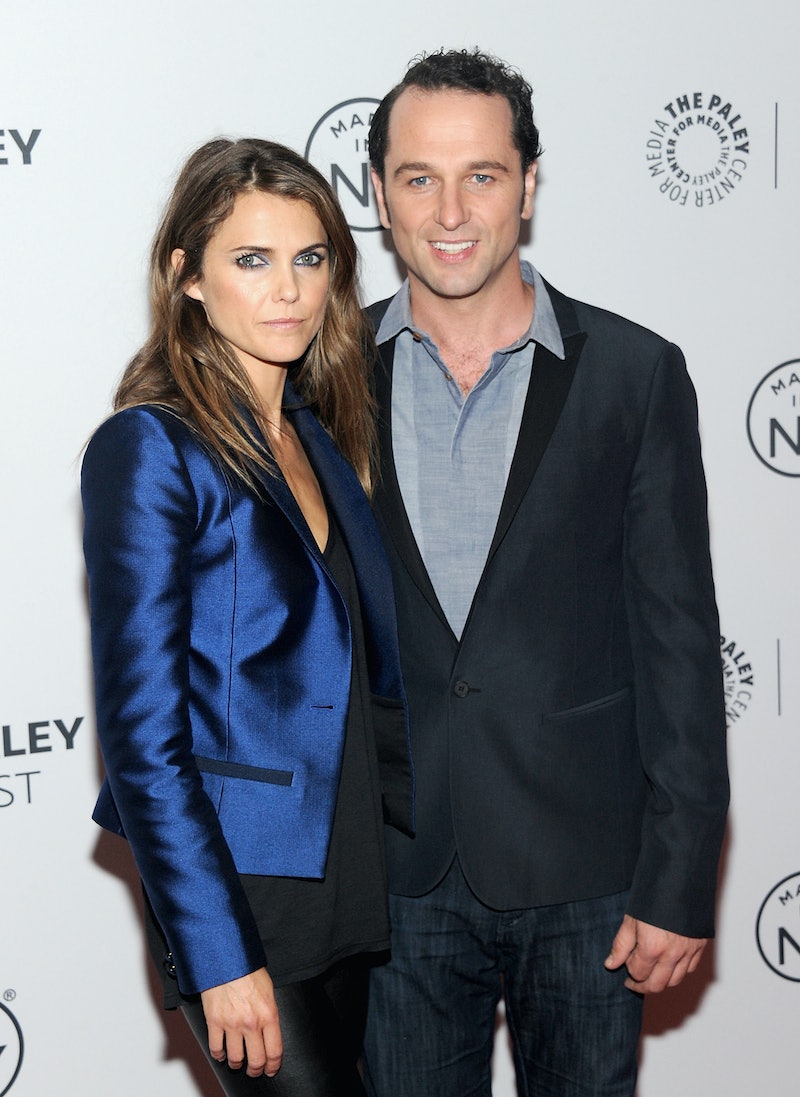 Two stars of The Americans have a lot to celebrate this week! According to People, Keri Russell and Matthew Rhys welcomed their first baby together earlier this month, making Russell a mother of three. And unfortunately, that's all the information that's out there about the couple's little one — at least, for now. So far, they've been pretty successful at keeping details of their baby's birth under wraps, so no photos of the baby are out there quite yet. But we know that he or she exists, and since Rhys and Russell said they were "thrilled" to be expecting when Russell was still pregnant, I think it's safe to assume that they're even happier now that he or she is here.

Russell already has two other children with her ex husband, Shane Dreary — 4-year-old Willa and 8-year-old River. News of Russell's pregnancy first broke in January, despite the fact that the costars have never even officially confirmed their relationship. I'd say it's pretty hard to deny now that they're parents to the same baby, even though they've been seen together in public since 2014. And now, they've started a whole new adventure together.