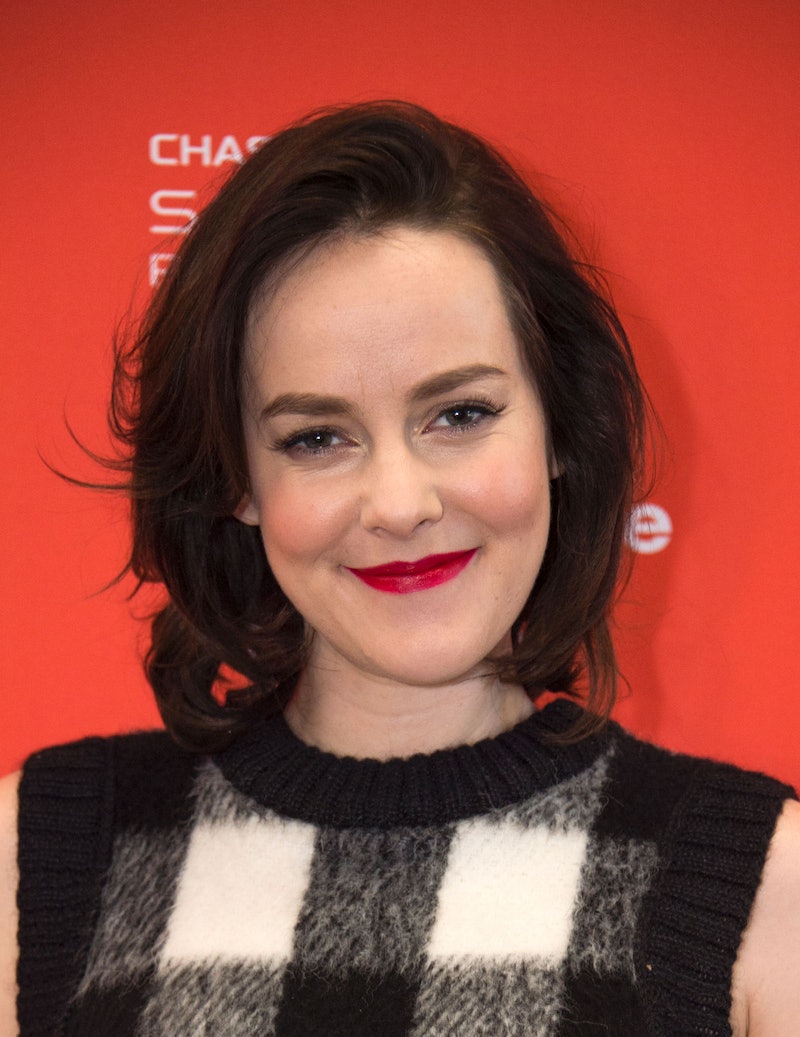 This Hunger Games star has some very happy news. Jena Malone welcomed a baby boy with her boyfriend Ethan DeLorenzo, she announced on Instagram Tuesday. As you can tell by the photo below, Malone and DeLorenzo can't tear their eyes away from their first child together. Yeah, I think it's safe to say they are happy to be parents and clearly found their calling. Alongside the beautiful family photo, the Stepmom actor wrote,

The best weekend of our lives!!! What an incredible blessing to be chosen by this amazing, kind, gentle and beautiful soul to be his parents. Humbled and in complete awe that we get to experience the most ancient and transcendent love that exists.

Now, for his name. They definitely selected an unforgettable one: Ode Mountain DeLorenzo Malone. I'd love to hear how they decided on the unique moniker, but for now it remains a mystery. Also, I appreciate that they gave Ode both of their last names, which is definitely a feminist move and one that I highly respect.

In January, Malone announced she was pregnant with her first child. Similar to her pregnancy announcement, she posted a stunning image (taken by DeLorenzo, who is a photographer) showcasing her baby bump. There's no doubt that they are going to have the most amazing family photos ever.

On Tuesday, DeLorenzo also took to Instagram to share the birth of their son with his followers. Rather than a photo, he posted a touching video with footage of Ode and his parents. Warning: you may need tissues.

Based on their birth announcements, Malone and DeLorenzo are going to be great at parenthood, not to mention it sure seems like something they will cherish.

Congrats to both of them on their baby boy!