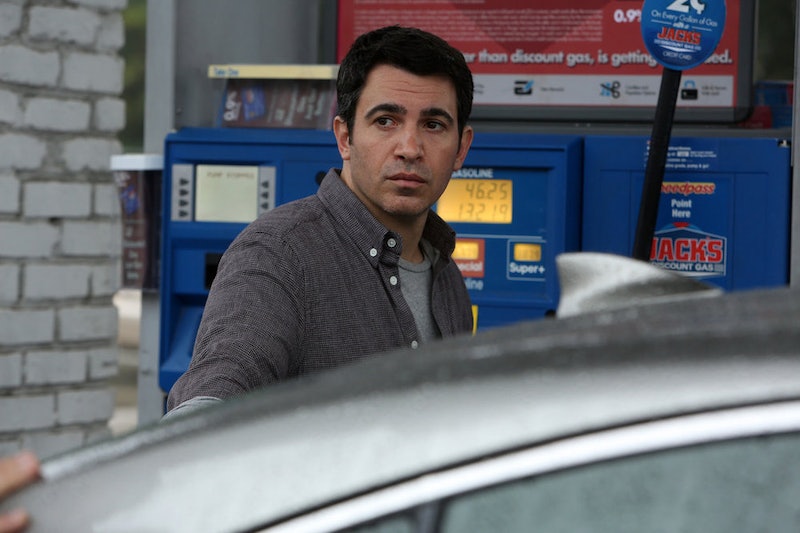 Since Mindy and Danny broke their engagement, we've seen plenty of the former's romantic escapades — but what about Danny? Chris Messina has not been spotted much in recent episodes. However, on Tuesday, we learned that Danny has a girlfriend on The Mindy Project and it looks likes things might be getting serious.

Like, posting pictures on Facebook of the two of them kissing on a Ferris wheel, serious. I'm shocked that Dr. C even knows how to use Facebook, so this is probably a big deal. Does this mean that the Mindy and Danny 'ship could be be sinking for good, not just like a submarine situation? This caused Mindy to go into a slight panic while visiting Peter and Lauren in Texas. She ended up with a hot new love interest (who probably won't last more than one more episode, even if we're lucky) but that doesn't change the fact that Danny may have moved on. If you're a diehard fan of this pairing, it might be time to start getting worried.

Then again, I keep getting invested in the new guys that Mindy meets every week, and then they vanish forever. Maybe this new lady of Danny's will have the same amount of staying power. In Tuesday's episode, Mindy helped to repair Peter's relationship with Lauren. Their problems weren't too different from the ones that broke up Mindy and Danny, so one would think that this scene could be foreshadowing. However, what if it's already too late?

According to Mindy Kaling's Instagram, the season finale is titled "Homewrecker" — and it would be just like this show to turn that term on its head and have Mindy wreck her own home, or a home that was her own. Maybe I'm just wishful thinking, but I think this throwaway moment could turn into a turning point for Mindy and Danny, somehow.