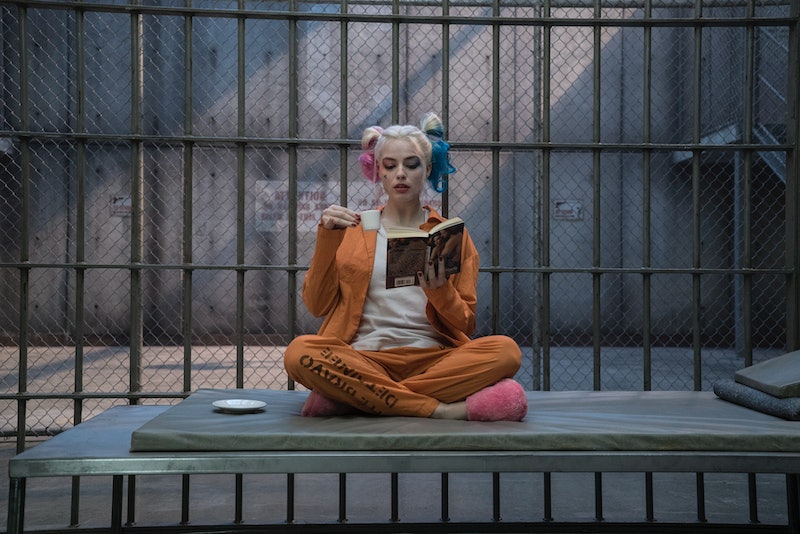 DC Comics' Harley Quinn is used to manipulating people to get her way. Before she was locked up along with her patient-turned-lover, The Joker, Quinn worked as a psychiatrist at the Asylum, so its no surprise that her greatest power is her smooth-talking ways. But the actress that plays her in Suicide Squad , Margot Robbie, doesn't relate to this trait of her character at all. In fact, she's quite the contrary. "In real life, if there's ever tension, I try to diffuse the tension. That's a natural reaction for me. For Harley it's the complete opposite," the 25-year-old actor says on the Toronto set of the film in June of 2015.

"Our director really encouraged me to hone in on that aspect of her, because it's something doesn't come to me naturally, but she feeds off that," she says. "So any opportunity in the rehearsal process where we did lots of improvising... you end up delving into quite deep places. The costars I'm working with, they're feeding off real things, so my natural reaction is to leave it be or talk over it, but that's not what Harley would do. If Harley saw they've shown a weak spot, she would, like a little scorpion tail, just get in there."

According to the film's director, David Ayer, Quinn's manipulative powers are as effective as, say, Hannibal Lecter's. She's so good with her words that while the rest of the Squad is housed in their prison cells, Quinn gets her own private layer. Her isolation away from the other patients is for their safety, and the safety of the prison's guards. One word alone with Harley Quinn, and who knows what could happen. But Robbie, who admits she avoids confrontation at all costs, hated upsetting her Squad costars.

"I felt so awful [when] we did these scenes and I was saying awful things," the Australian actor says. "Seeing that someone's struggling with something in particular, and David's looking at me like, 'You better get in there, that's your window of opportunity right there, take it!' It feels really awful sometimes."