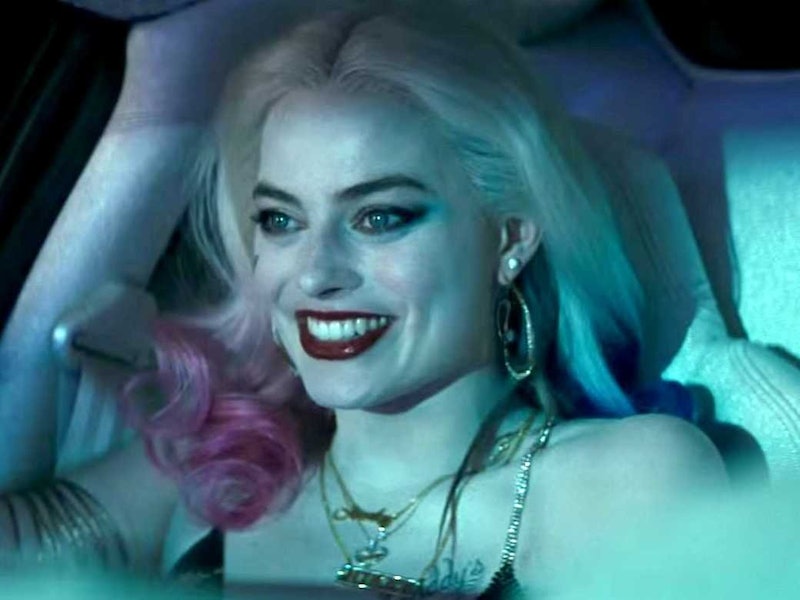 Superhero costumes aren't always the most sensible. For example, Batman wears a bullet-proof black suit to protect himself and blend into the night, and this makes sense. But does he have to wear copious amounts of eyeliner every time he puts on the suit, too? Probably not, but it sure makes him look intimidating. Another DC Comics' character, Harley Quinn, also has elements to her costume that aren't necessarily the most practical. With red, blue, and playing card imagery aplenty, her look is born out of an obsession with her lover, The Joker. Her infatuation with him knows no bounds, so this imitation in dress is understandable. But Quinn is an active member of The Suicide Squad, and as we've seen in the trailers for the 2016 film, the actor that plays her, Margot Robbie, sports some impressive high-heel platform sneakers. Surely running around with the rest of the Squad, shooting guns, and chasing (the other) bad guys would be a lot easier in flats, no?

"Harley is wearing stiletto gym shoes," Robbie says of her character's look on set of the film in June 2015. "Anytime anyone on set complains, like, 'This is really hard, I'm getting tired,' I'm like, 'Everything you're doing, I'm doing in stilettos, OK? All these stairs we're walking up? I'm doing it in heels.'"

But Robbie says the shoes she ultimately wears in the film weren't the initial plan for her footwear. "To begin with we were looking at docs," the Australian actor says. "You know, flat shoes. Then we did the camera tests and I think it was pretty unanimous: 'You'll look a lot better looking if you've got a bit height.' So that's when the powers that be stepped in and voted on a pair of heels."

It's a shame that Robbie, who had to wear the heels every single day for many months, didn't have a vote in her own footwear, but she did have a say in what kind of heels she wore. "Once I knew that it had to be a pair of heels, I was like well, I want the most badass looking ones. And when I saw the Adidas ones I was like, ' they are siiiick.' And before I knew it I was like, 'OK yeah, so that's the costume.' And I walked around in them for a day and I was like, that was the worst idea. Ever."

As she speaks, it's clear the real life Robbie and her character Quinn are, looks-wise, worlds apart. Wearing black biker shorts, a white tee shirt, and a black mesh sweater, Robbie doesn't look a thing like her white-faced, tatooed, and baseball bat slinging character. She has a bare face, and her short blonde hair is gathered at the top of her head in a high pony tail. Harley Who?

"Funnily enough, the things that I love the most [about my costume] go very much hand in hand with the things I hate the most," she says. "It looks so amazing when your skin's completely white, and you've got tattoos, and the wig's crazy... and it takes three hours to do. So I hate that, but having said that, without all that hair and makeup, I wouldn't feel like the character at all."

But according to Robbie, without the makeup, the hair, and yes, those killer stilettos, she wouldn't be Quinn at all. "When I am all done up I don't look anything like myself, and I start behaving very differently. It does a lot of the work for you, I guess, with the getting into character side of things."