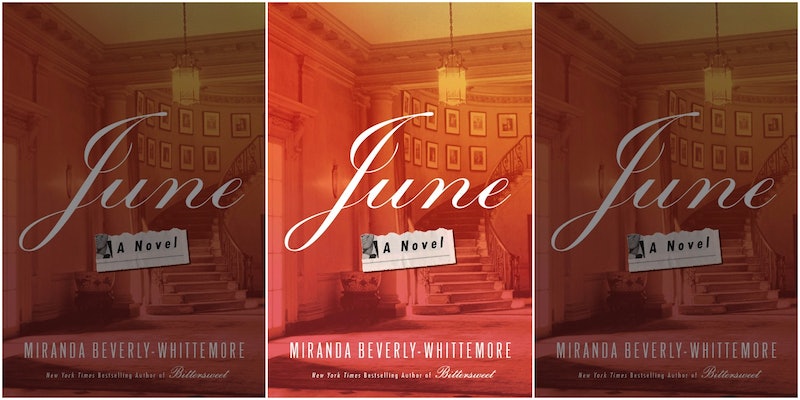 In the black and white photograph, taken soon before she died, little Agnes Louise appears healthy: ringlets, dimples, cupid’s bow lips. Nearly a century later, my grandmother still grieved her lost older sister — four years old, to Grander’s three — laid out in a small white box in the front parlor. Here one day, gone the next.

I became a storyteller because of Grander.

I became a storyteller because of Grander. The tales of her mythical childhood were set in an early twentieth century America of candles on the Christmas tree, fatal influenzas, and Horehound penny candy. I fell in love with bombazine dresses and the names, oh the names: Aunt Het, Grandmama Jane, Lemon Gray Neely. I grew up all over the place — west coast, east coast, Senegal — but never in the Midwest, and yet Grander continued to thrive in Columbus, Ohio well into her hundreds, so I spent more than three decades traveling back to that motherland, thirsty for stories.

My mother inherited the storytelling gene as well, although her experience of that part of the world was tainted by the 1950s — peter pan collars, squat brick buildings, creamed chicken on rusk. In the late '60s, she won a scholarship to Radcliffe, where she fell in love with my anthropologist father; their life together began in rural Senegal, where she learned how to catch babies, and came to write novels and poetry and essays, spinning stories of a much different world, but flexing the same muscle Grander had flexed first. On our trips to visit Ohio, my worldly mother’s words would lengthen into languid vowels; she easily slipped into the place in a way I couldn’t, but she didn’t want to claim it.

By the time Grander died in 2010, I was a mother myself, my mother a grandmother. We sprinkled Grander’s ashes in a Columbus arboretum and drove north to the small town where she had been born more than a century before.

By the time Grander died in 2010, I was a mother myself, my mother a grandmother. We sprinkled Grander’s ashes in a Columbus arboretum and drove north to the small town where she had been born more than a century before. I was photographing Grander’s Uncle Lemon’s yellow brick mansion — a monument to his wildcatting oil money — when its generous owner invited us inside. Burst pipes and a family of pigeons in the attic had rendered the place derelict, but the bones remained magnificent: three floors of hand-lathed wood, stained-glass windows, and carved tiger maple. My peripatetic childhood had whetted my appetite for a family home in a way I hadn’t known; I believed the motes of dust floating through the sun-dappled rooms had been hung there just for me, since they called forth the inaccessible golden past of Grander’s stories. I ran my bare palms up and down the banister; the house seemed to sigh beneath my familiar touch.

In my daydreams, I uproot my Brooklyn family and move to that grand folly of home, because history is calling me. Instead, because I have Grander’s blood in my veins, I decided to write a novel about it.

In my daydreams, I uproot my Brooklyn family and move to that grand folly of home, because history is calling me. Instead, because I have Grander’s blood in my veins, I decided to write a novel about it. Four years had passed since her death had ended my family’s Midwestern pilgrimages. It was time for research’s sake. I knew I had to convince my mother to accompany me — and not just because I’m a non-driving New Yorker and she adores the open road. She is the remaining bridge between Grander’s world and mine.

By the time we made it back to the family home that was no longer in our family, it was owned by high school sweethearts who were renovating it in earnest passion, scrubbing the wall paper with soft toothbrushes to remove years of damage, waxing the ballroom floor in stocking feet. They welcomed us in on a stormy June day. Over the course of that week, I took two thousand pictures and measured every square inch, discovering a secret ice door and catching myself in the mercury glass of the built-ins. The family seemed to understand why I’d want a record; this was, after all, a home built by my ancestor—but the novel-writing part of my endeavor seemed to bewilder them. It was harder to explain why I was there than I’d thought it would be.

In the days that followed, my mother and I slurped down soft serve from the DQ, explored the old Miami & Erie Canal, and watched made-for-tv movies in our beds at the Hampton Inn. We started to feel bewildered too; were we here to imagine a place for my book, or to reclaim the thriving homeland of Grander’s stories? Now we understood firsthand that the town she had known was gone; most of the storefronts shuttered, the high school now out by the highway, the main source of local income a manufacturing plant. We couldn’t remember which house had belonged to Grander’s cousin Hazel, or which gravel road led to Idlewyld, the family camp. We had made the pilgrimage to Grander’s special place, but the distance between her world and ours had never felt so vast.

We wandered over the railroad tracks and into the cemetery where many of our ancestors are buried. The headstones were mossy and hard to read in spots. But we found her easily.

We wandered over the railroad tracks and into the cemetery where many of our ancestors are buried. The headstones were mossy and hard to read in spots. But we found her easily, Agnes Louise, or what is left of her — her small headstone, right beside my great-grandmother’s.

“Do you know,” my mother said, her voice low along the grassy hillock, “every Sunday, they came here for a picnic. Grander, her parents, her brothers and sister. They came to be with Agnes Louise.” It was an anecdote Grander had never shared with me. I imagined them then, coming weekly to sit upon that very patch of earth, to laugh and eat and tend to their girl’s memory. It struck me then why Agnes Louise was Grander’s special story; she was the first piece of that old-fashioned world that had disappeared.

Grander had been here one day, gone the next, but I saw now that for her it had been just the same; each of her family members picked off by time. Here, they filled the plots surrounding us, a whole world of memory, gone. They would stay here for eternity, but we would be leaving soon. We found, in that, that there was plenty to mourn.

Miranda Beverly-Whittemore is the author of June, out May 31 from Crown.