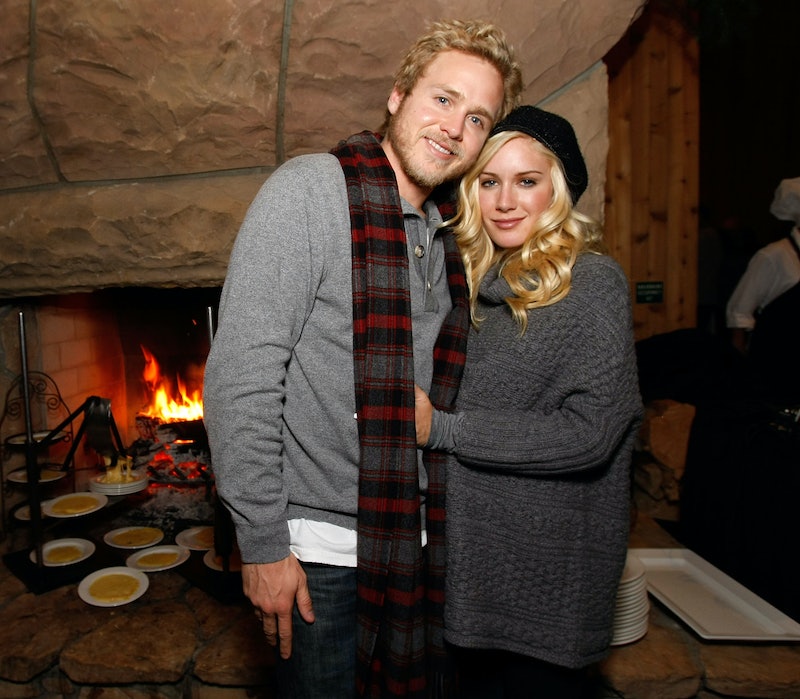 Ten years ago this Tuesday, the first episode of The Hills threw on its oversized sunglasses, hopped into a convertible, cruised up the 405, and made its MTV debut. Yup, that happened one whole decade ago. In honor of this very special Hills-iversary, I would like to revisit what might've been my favorite The Hills fight of all time. Do you remember when it happened? And by “it,” I mean “the moment Spencer took his and Heidi’s apartment to a level we viewers couldn’t possibly wrap our mortal minds around.” Yes, we are about to hop into a time-traveling fish tank/TV hutch and take a trip back to the Hills episode when Spencer blindsided Heidi with the “Hollywood” graffiti art he commissioned.

On the third episode of the third season of the Laguna Beach spinoff, Spencer makes a major decision about the home he shared with his future wife, and I assume the decision-making process went something like this: Do you know what would go great with that vintage arcade machine that I just added to the living room? A painting. But not just any painting, but a painting that *really* captures the essence of who I am and what I love and what I stand for.

Spencer does not run this decor choice by Heidi before the protective tarp is laid on the carpet or before the the spray cans are shaken up or before the art is made. Sandwiched between the arcade machine and the not-new porthole media stand, there it is: a tribute to the City of Broken Dreams, smack dab in the middle of their rented living room.

“I guess we’re not making these decisions together,” Heidi replies as she laughs a tepid laugh.

Later on, Heidi surprises Spencer with an arts and crafts project of her own. As Cat Power’s “The Greatest” provides the soundtrack for this dramatic scene, she covers up the Hollywood Sign de Chateau Montag-Pratt with a thick coat of neutral paint. And with that, the work of art is gone for good.

“I surprised you with a beautiful mural," says the visibly slighted Spencer. "You surprised me with a boring white wall.”

And that, my friends, is the face of a man who does not want to be surprised with a boring white wall.

More like this
Now That 'Renaissance' Is Here, Let’s Revisit Beyoncé’s First Solo Album From 2003
By Grace Wehniainen
Selena + Chef Season 4 Was Filmed At Hannah Montana's Old Malibu House
By Jake Viswanath
What’s New On Netflix: 'Never Have I Ever' & 'Indian Matchmaking' Return
By Arya Roshanian
Everything To Know About The HBO Max & Discovery+ Streaming Service Merger
By Brad Witter
Get Even More From Bustle — Sign Up For The Newsletter