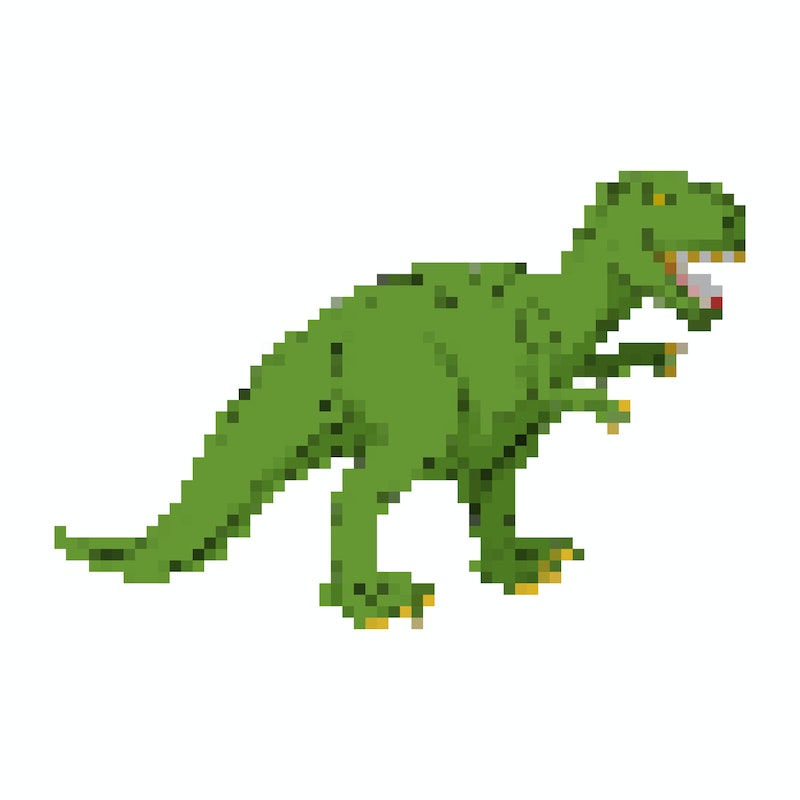 There are a few things which are pretty much guaranteed to tick me off to no end: When my eyeliner is uneven, when someone walking in front of me randomly stops, and when my internet connection is down. Unfortunately for me and my temper, Wifi problems happen regularly in my household — but at least I've recently remembered how to play the Google Chrome dinosaur game, which helps calm my ire somewhat. I mean, yes, it's true that whenever my internet goes down, I'm often so overcome with burning hatred that I can't think straight; Chrome's consolation prize to people with internet connectivity issues, however, is so delightful that I can't stay mad for long.

To be fair, this little distraction isn't new; apparently the Google Chrome dinosaur game was released in late 2014, eliciting reactions of utter joy and euphoria from Chrome users the world over. Except, just kidding — no one really said anything, because a lot of us didn't have the slightest clue it even existed (because that's how good Easter eggs work). The "unable to connect" page already had the cute little dinosaur on it; no one realized that when that image got a facelift, there was a game hidden inside. Side note: How dope is it that you can still play a game on Chrome when you don't have Internet? Google thinks of everything.

Before you get all worked up, the dinosaur game is no Grand Theft Auto. It's very simple, very easy, and very mindless. But I think that's what makes it so cute. So, what do you do when you find yourself unable to connect to the Internet?

First, this is the page you'll likely encounter in Chrome.

Nobody likes this page. This is like the Google Chrome page of sadness. But wait... there's something there... See that little guy?

Therein lies the secret dinosaur game. Simply press the spacebar on your computer, and the ground appears beneath his little feet.

The dino goes on an adventurous jog plagued by cacti, which you must jump over by pushing the spacebar.

If your coordination isn't all that fab (like mine) and you happen to run straight in a cacti, it's game over for you, and you have to start over.

Even more good news: The Google Chrome dinosaur game is available on mobile, too! Instead of pushing the spacebar, you simply tap the screen. Next time the Internet is down, pay the Chrome dino a visit and see how many points you can rack up.