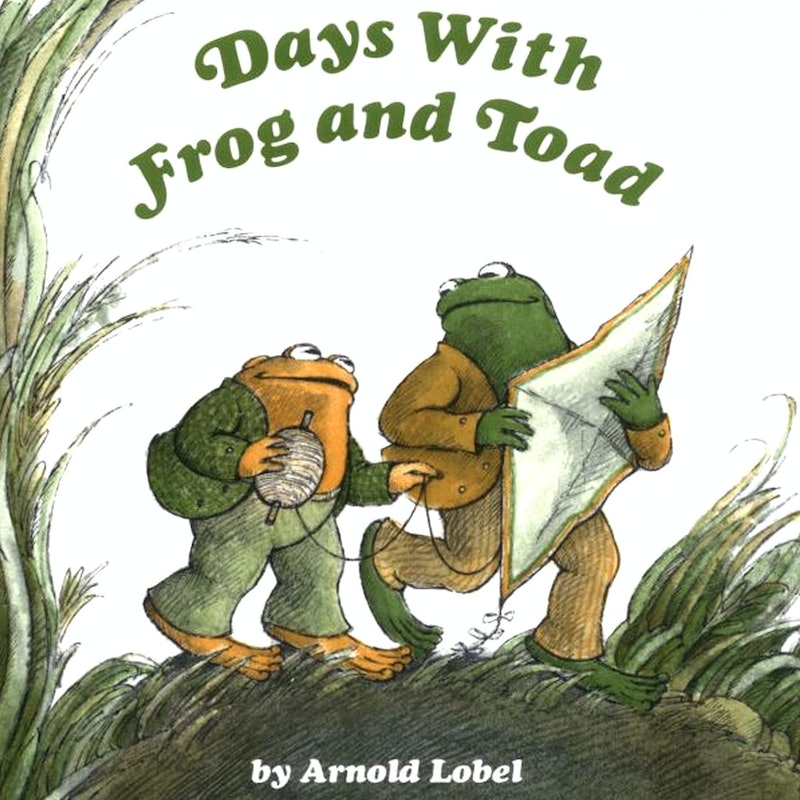 Although the news will undoubtedly shock some readers, the response to Adrianne's reveal has been largely positive — or at least accepting. Generations of queer individuals who grew up reading Arnold Lobel's children's books have come to a sudden realization as to why Frog and Toad's adventures made so much of a personal impact.

Adrianne doesn't think Frog and Toad's romance is the driving factor behind the books' success, but says that the relationship conflicts her father examined through the couple's interaction have a universal appeal:

It was the only thing he wrote that involved a relationship ... I’ve watched children grow up, and that whole drama that’s kind of the precursor to the hell of romance later in life — who is best friends with whom and who likes who when, and this person doesn’t like me now — it’s very painful, and I think that children really like to hear that this is not abnormal, that Frog and Toad go through these dramas every day.

Stokes cites an example from 1979's Days with Frog and Toad. In "Alone," Toad pays Frog a visit, only to find a note from his friend tacked to the door: "Dear Toad, I am not at home. I went out. I want to be alone." Upon reading the letter, Toad begins to worry and question their relationship, wondering why Frog would want to be alone if they were truly friends:

The image included in the tweet above is the last one to appear in "Alone." The author captioned it, "They were two close friends, sitting alone together."

Arnold Lobel died in 1987. He never addressed the possible link between Frog and Toad and his sexuality. His books remain in print today.

More like this
I've Read The Harry Potter Books 30+ Times & This Plot Hole Haunts Me
By Kelsey Stiegman
The Viral 'Little Miss' Franchise Is Focusing On Mental Health Next
By Darshita Goyal
10 Must-Read New Books Out This Week
By K.W. Colyard
The Biggest Differences Between 'Bullet Train' & The Book It’s Based On
By Arya Roshanian
Get Even More From Bustle — Sign Up For The Newsletter