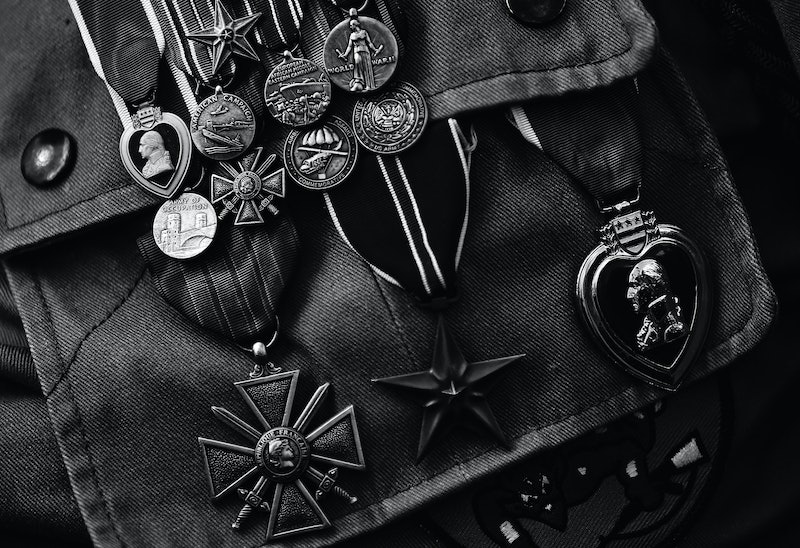 June 6 marks the 72nd anniversary of the D-Day invasion of Normandy, one of the most significant military assaults in history and a huge turning point in World War II. Although it's a date you might only vaguely recall from your high school history class, there are some important D-Day facts that are worth remembering, even if you don't have a teacher to quiz you about it later.

Thomas Jefferson famously said, "I like the dreams of the future better than the history of the past," but as nice as tomorrow may look, we can't forget the hard work of yesterday that makes it possible. World War II is a dark chapter in our global story, and many honorable men and women lost their lives fighting to bring the world out of that darkness and into the light, including the 156,000 allied troops who landed on the beaches of Normandy during D-Day's crucial invasion of Germany. It may be painful to think about the atrocities of war and the realities of conflict, but especially on a day like June 6, it's imperative that we not only remember the past, but that we continue to talk about it and keep it alive.

In case you need some help, here are six things to remember on D-Day this year, because, as the saying goes, "Those who don't know history are destined to repeat it."

1. It Was The Largest Military Invasion In History

The D-Day invasion of Normandy involved 156,000 allied troops from several countries, including the U.K., the U.S., and Canada, on several different fronts, including land, air, and sea. To date, it is the largest military operation in modern history.

The invasion of Normandy took the lives of more than 209,000 Allied troops as well as more than 215,000 German troops. It was one of the deadliest invasions of the lengthy war.

3. D-Day Isn't The Actual Name Of The Operation

While June 6 is most commonly known as D-Day, the military operation actually had another name: "Operation Overlord." D-Day is a common military phrase used to indicate the start date of certain operations, and the "D" doesn't actually stand for anything.

4. Soldiers Were Issued Condoms As Part Of Their Gear

It's not what you think, though. The military used condoms on the ends of their rifles to keep them dry. Well, that's how most of them were used, at least.

We would be remembering D-Day a day earlier each year, if it weren't for bad weather. The operation was originally planned for June 5, but the bad weather and the need to preserve fuel pushed it back to June 6, and the rest is history.

Even though women weren't allowed to serve in combat during WWII, they were still involved in D-Day's vital mission. Terence Otway, a male Lieutenant Colonel of the British Army, sent 30 female members of the Women's Auxiliary Air Force into local bars as a way to test his men's ability to keep a secret. Try as they might, the women could not get a man to whisper a word. Another woman, Martha Gellhorn, a stowaway, famed journalist and one-time wife to Ernest Hemingway, disguised herself as a stretcher bearer and landed on the beach with the troops to do her reporting after her magazine denied her request to become a war correspondent. Then, a little over a month later, the Women's Army Corps landed on the same beach to secure and control the Communications Zone. Just because women weren't allowed to be on the front line, doesn't mean they didn't do their part.