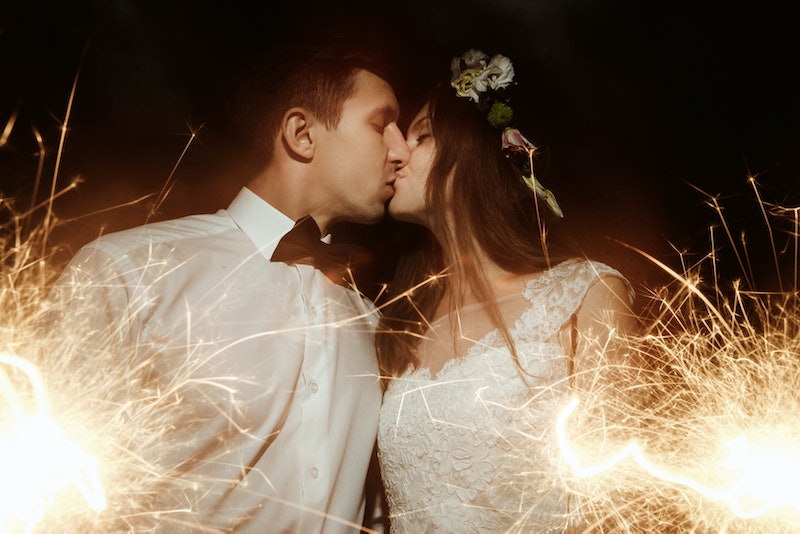 Truth be told, I’m a bigger fan of the New York Time’s Modern Love section than the wedding announcements, but I’m single and well, human — so how can I resist glancing at who is getting hitched each week? While the featured nuptials primarily include Ivy League and well-known (or trendy) couples, over the past 35 years, there’s a lot the New York Times can teach us about how marriage has evolved.

And if you’re like me — someone who is in your late 20s, early or even mid-30s and still wondering when you’ll meet someone quality — the findings of Todd Schneider from his site Wedding Crunchers may comfort you. Published in a well-done and clever article on Vox.com, Schneider explains how he built Wedding Crunchers, a search engine whose sole purpose was to analyze the 63,000+ wedding announcements the Times has published in the past three decades.

As for the trends Schneider derived from looking at all of the data? Fascinating. And humbling. And encouraging. Regardless if you graduated from Harvard or a small art school, or if you even care about wedding announcements featuring couples on the same eyebrow level, his results paint a prettier picture for marriage than you might be used to.

Here’s what I found interesting:

On par with the census, the number of candles on your birthday cake when you walk down the aisle are increasing. While the NYT has always leaned older with the couples they featured (back in 1989, their average age for a woman was 27, while the national average was around 23) — these days, women featured in the Sunday paper average out at age 30, while men come in at 32. In fact, the vast majority of couples featured are in their 30s, not their 20s.

2. Tinder Might Not Be So Bad (But OkCupid May Be Better).

If you didn’t find the quintessential love of your life when you were a hormonal 18-year-old, it’s OK. Though most NYT couples did meet at school or through a mutual friend, the third most common place they met was online. OkCupid leads the pack, followed by Match, JDate, Hinge, and Tinder. The older you get, the higher your chances for finding marriage material via your phone. (I guess re-downloading my dating apps may not be such a bad idea, after all, eh?)

3. Forget Bridesmaids: Who Is Going To Officiate Your Wedding?

Considering you can earn the right to marry two people by filling out a form online (nope, that’s not just a joke in every comedy, it’s the truth). Often referred to as ‘Universal Life ministers’ or ‘american Marriage Ministries’ – your bestie can marry you and your bae. The Times is trending toward more friends marrying their friends than religious leaders.

Before same-sex marriage was legalized, the Times often referred to those weddings as ‘commitment ceremony’ or used phrases like ‘affirmed their partnership.’ But now that same-sex marriage is well, just marriage, the verbiage is similar to the traditional wedding language used for heterosexual couples.