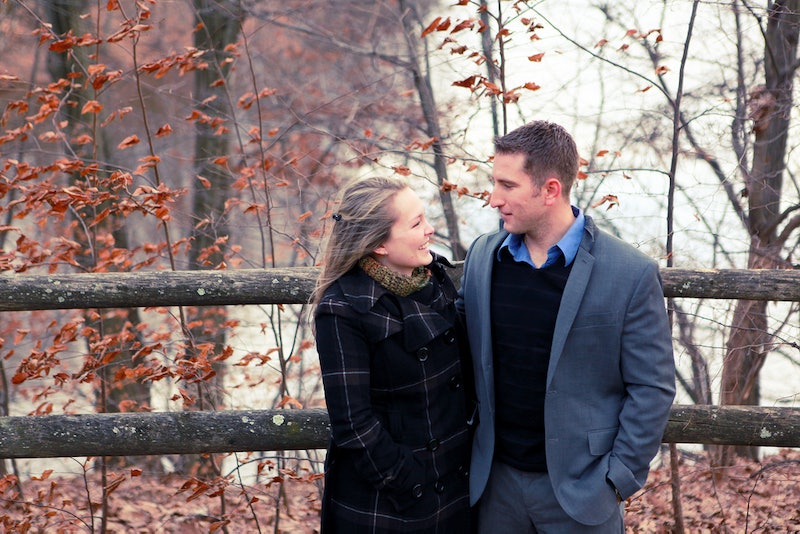 Life in your early 20s is a far different look than life in your late twenties/early 30s. In fact, it’s quite honestly day and night. In your early twenties, you are finding yourself and possibly making tons of mistakes along the way. You are just figuring out who you are and have zero clue where you want your life to go. You’re more concerned about what’s going on next Friday night than what’s going on with your 5-year-plan. When you’re young and reckless, you are living in the “here and now,” not the “here and now I have a lot of debt and I’m going to get checked for a STI.”

Not only is life different from your early 20’s to your late 20’s — but so is dating. Everything you thought you knew about dating changes as you get older. You are wiser. Wiser about who you date and how you date. Things that might seem like nothing when you were younger and more carefree, are big red flags as you get older. There are different dating rules because the name of the dating game has changed.

Below are the rules for dating in your late 20s and 30s.

Do Think Out Of The Dating Box

When you were younger, you didn’t worry about how you might meet a potential partner. That’s what college parties were for. But now as you are out of the college scene and the there’s no office cuties at work, you’ve got to search elsewhere. That’s when you have to go where you never thought you would go before — to an online dating service. When you are in your late 20s and 30s you’ve probably signed up for Tinder, OkCupid and more. When you realized those didn’t work, you opted to pay for the more upscale ones, such as, eHarmony or Match. Hiring a matchmaker isn’t quite off the dating menu just yet. Putting yourself out there in ways you never thought you would is dating in your late 20s — get used to it.

Be Clear And Direct With Your Dates

You ain’t got time for “games.” So, one way to weed out the bad ones from the good ones is being upfront and honest about what you want. This isn’t coming on “too strong,” it’s coming off as a mature adult looking to find something real. If you want to just hook-up that’s fine, but the person you are seeing still deserves to know that’s where you are at. When you play games in dating, nobody wins.

Be Prepared With Annoying Questions

As you get older, society and all of your family members are going to think you should be married with children by now. Even though you know you aren’t ready for this step, or maybe you will never want that (which is okay), you better be prepared to answer those annoying questions. When are you going to settle down? Why are you still single? Blah, blah blah. So, before going to family gatherings or seeing old friends from high school, prepare for questions as if you are going to be interviewed by Barbara Walters.

It’s All About The Location

Location matters in many ways as you get older and wiser. First off, where you meet another person changes. No more finding a quality person at a bar. Unless you’re that one girl I know, and if so, how did you do it?! Now you have to go to other places in search of Mr. or Ms. Right. This is where work parties, the gym and other social gatherings come into play. Think of your interests and hobbies and make like Columbus and get your search on.

STIs Are A Real Fear

Not like they are never a real fear, but when you’re older you are more aware of how scary and common they are. As you enter into your later 20s, you realize your number of sexual partners are going up and so are your partner’s partners (if that makes any sense). So the likelihood of you meeting a person with an STI is quite possible. Cue dramatic music, and also me being a hypochondriac. Regardless, when you date in your late 20’s it’s crucial you are aware of the statistics of STI’s, their symptoms and first and foremost, that you are having safe sex.

Do Not Compare Your Life To Others

Your life changes as you grow into your later 20s and early 30s. This is clearly seen via Facebook and Instagram. Your friends who used to upload drunken friday night photos are now posting pictures of their babies. You start seeing engagement photos, wedding photos and more baby photos than a Baby Gap catalog. Don’t feel the need to rush your life because others may be in a different time in their life. You are where you need to be right now. Trust that.

Speak Up In The Bedroom

When you were younger, you probably faked a lot of things — reading the assigned chapter for homework, smiles as you saw your old friends from your hometown and orgasms. But now as you have aged a little, you don’t want to fake a damn thing. Now that you are more mature, you have found your voice. Use that voice in the bedroom and speak up about your wants and needs. Plus, I hear every time you fake an orgasm an angel loses it’s wings.