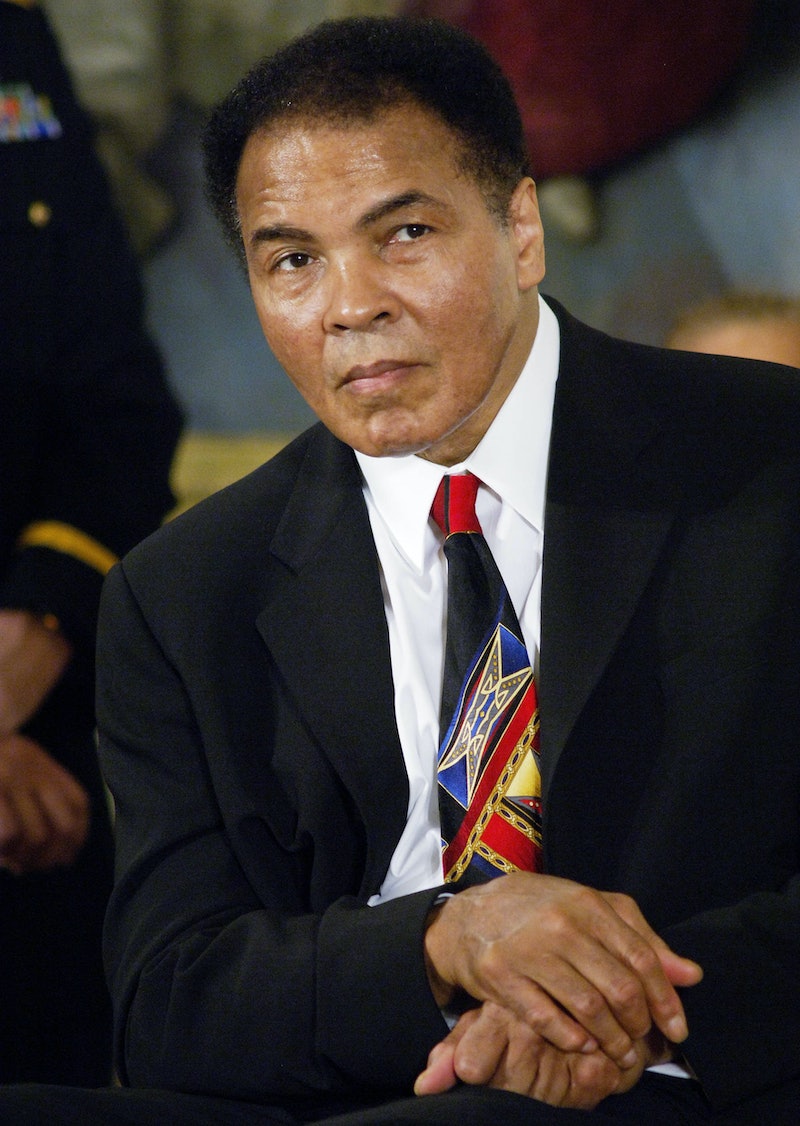 Worrisome news in the world of sports: boxing legend Muhammad Ali is currently being hospitalized for a respiratory issue, according to TMZ. The boxing champion is reportedly in "fair condition," his rep told TMZ. His rep also said the 74-year-old is expected to remain in the hospital for a short period of time to be looked after by doctors. No further information has been given about his hospital stay.

In recent years, his health has been in the spotlight. Ali was hospitalized in January 2015 for a severe infection, according to TMZ. The Associated Press reports that Ali has been battling Parkinson's disease for decades. He was diagnosed with Parkinson's back in 1984, according to The Guardian, meaning he's been struggling with the disease for over 30 years. Sounds like he's a fighter both in and out of the ring.

His most recent public appearance was in April at Celebrity Fight Night in Phoenix, Arizona, TMZ reported. Ali last posted a tweet from his personal Twitter to wish his pal Bono a happy birthday in the middle of May. Based on these details, it's unclear whether the respiratory issue was sudden.

Either way, rooting for the boxing champ to make a speedy recovery. Hopefully his condition improves in no time.