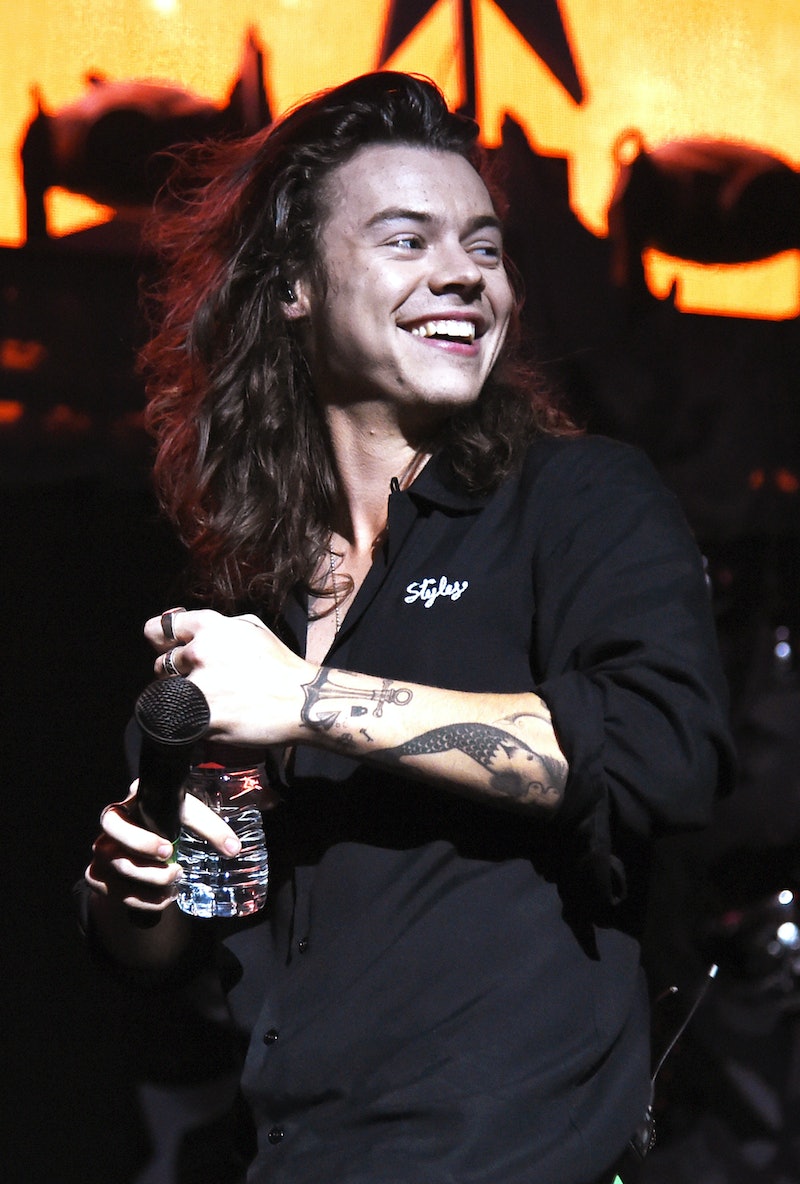 Though there are arguably many downfalls of fame, one of the greatest aspects of celebrity is having a platform to influence others, to use your fame and your wealth and your voice and your actions to make a positive impact on society. One of the many ways in which stars make charitable contributions is by celebrities donating their hair to charity, whether that is by giving their locks to an organization that creates wigs for children who have lost their hair, or by auctioning off the tresses and donating the profits to a charity of the star's choosing. Either way, it's admirable AF: The celeb in question is not only giving a contribution to the charity, but also providing the organization with some serious publicity. Real talk: How many legions of adoring fans will follow suit after their fave's generous donation? I'm guessing a lot.

Over the years, countless A-list stars have donated their coveted locks to charity, from pop stars and actors to talk show hosts and yes, even a magician (because he can't exactly make his hair disappear on his own). From Harry Styles to Penn Jillette, check out 10 celebs who have donated their hair to charity.

Harry Styles' massive haircut would have made headlines no matter what, but the fact that he donated his hair to Little Princess Trust (which "provides real hair wigs to boys and girls across the UK and Ireland that have sadly lost their own hair through cancer treatment," their site reads), just made his action that much more inspirational. Good on ya, Styles.

Justin Bieber's hairstylist recently revealed to Cosmopolitan that the singer is thinking of donating his dreadlocks to charity. If he does, it wouldn't be the first time — Bieber previously sold a lock of his hair on eBay for $40,000 (the proceeds went to animal rescue charity The Gentle Barn, NPR reports).

Shailene Woodley chopped her hair to play cancer patient Hazell Grace Lancaster in The Fault in Our Stars, donating her tresses to Children With Hair Loss, according to E! News. The haircut, which you can watch in the video above, was an emotional moment for Woodley, who cried during the process.

In 2013, Jessie J boldly shaved her entire head on live TV — for the U.K.'s Comic Relief — ultimately choosing to donate her hair to The Little Princess Trust.

Olympic snowboarder Shaun White earned his nickname — "The Flying Tomato" — thanks to a shock of shaggy red hair that whipped by in a flash on the slopes. He cut it all off (in a video you can watch above) and donated it to Locks of Love.

Jane The Virgin star and all-around badass Gina Rodriguez chopped off her hair and donated it to Locks of Love, she revealed in a series of social media posts. She later buzzed the side for an even more daring 'do.

In 2008, The Sun reported that Russell Crowe donated his ponytail to Locks of Love.

In July 2015, Amanda Seyfried shared a picture of her pup wearing the hair she donated to Locks of Love.

Ann Curry let Katie Couric cut her hair live on air (watch the exciting moment above!), which she donated to Locks of Love.

In 2010, Penn Jillette (of Penn & Teller fame) chopped off his famous ponytail and donated it to Locks of Love.

Short hair, don't care. But donated hair — we absolutely do care. Shoutout to the above celebs for participating in such a good cause.