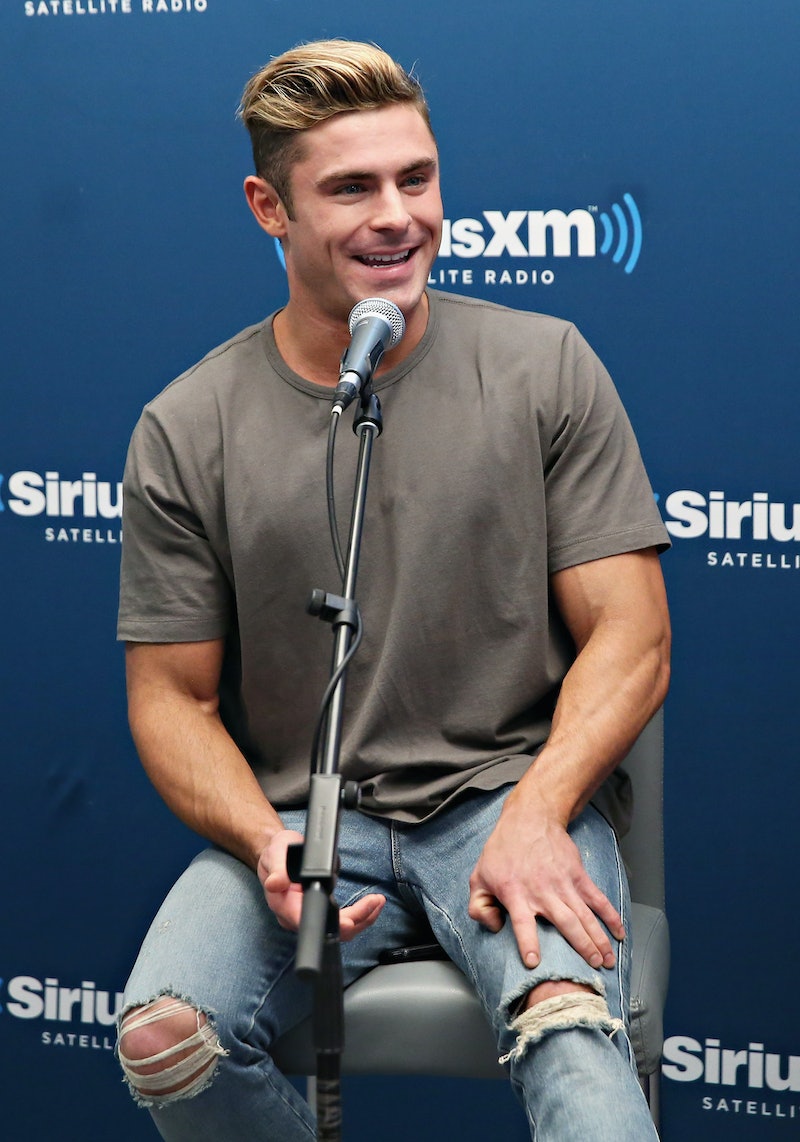 Everyone expects celebrities like Kylie Jenner to switch up their hair on the regular, but it's even more exciting when a star makes a dramatic change that no one expects. That happened on Thursday night, and the Twitter reactions to Zac Efron's platinum blonde hair are proof that celebrity hair changes are definitely attention-grabbing. From those who loved it to those who were baffled by it, everyone seemed to have an opinion. The consensus though? Efron is a babe no matter what his hair looks like.

Efron isn't known for switching up his look, and while his style is consistently on point, it's also just that: consistent. By dying his hair blonde, Efron sent shockwaves through his fans and social media as a whole. Efron's platinum blonde, though, is only slightly less shocking because he has been rocking a bit of a lighter hue as of late. Just recently on The Tonight Show with Jimmy Fallon, the Baywatch star's locks were noticeably lighter than their roots even if the stands were — handsomely — pushed back.

So on Thursday night, when Efron posted a photo to his Instagram with his roots a deep brown and his tips platinum, it was definitely shocking but dampened by his already lifted locks. Regardless of the reason for the change, though, fans had some strong reactions on social media.

The Twitter reactions about Zac Efron's blonde hair were definitely mixed, so what were fans saying?

Those Who Love Him Both Ways

Those Who Renounced Their Love

Those Who Were Pleasantly Surprised

I'm definitely in this camp.

Those Who Thought The Style Was Cosmic

MTB: Meant to be

Those Who Nailed The Pop Culture Reference

Zac is Zack, and everything is beautiful.

Those Who Experienced The Life Changing Miracle of His Hair

Everyone's got opinions, basically, but Zac Efron's blonde hair is definitely nothing short a miraculous throwback, and I'm definitely — and surprisingly — on board.