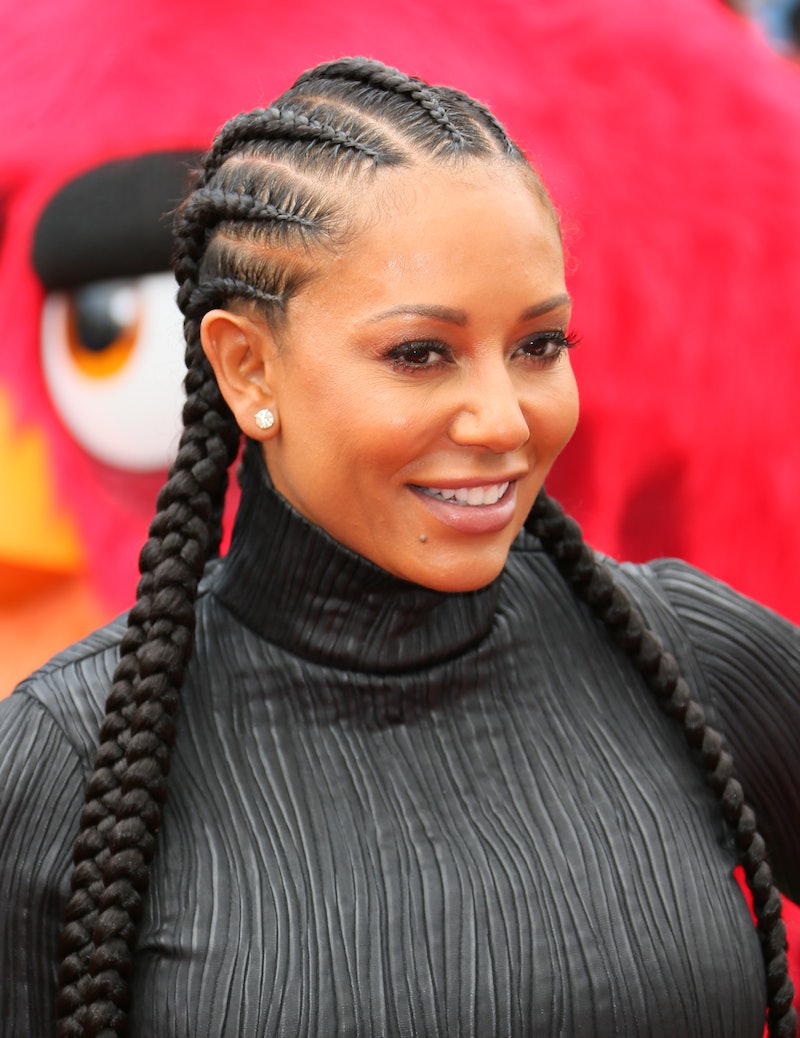 If you're a lifelong Spice Girls fan (like I am) then you're well-aware that 2016 marks the 20-year anniversary of the group's first single, "Wannabe," which catapulted them and their huge platform shoes into pop superstardom. It's pretty hard to believe that 20 years have passed since "zig-a-zig-ah" became part of our global lexicon, but it's true, and the Girls themselves are well-aware that it'd be remiss to not celebrate the anniversary in some way. Melanie Brown (aka Scary Spice) has been the most vocal about her desire to commemorate the important milestone in some way. And now, she's cleared up lingering Spice Girls reunion rumors, and fans will be happy to know that there is something in the works.

Brown chatted with Entertainment Tonight at a screening of Spice World in Los Angeles on Wednesday, and she didn't hold back about the many rumors circling the 20-year anniversary of "Wannabe." She still played coy about what exactly that might be, but said, "It's an ongoing thing we keep talking about, and it is our 20th anniversary, so we're going to do something. We're just trying to figure that out right now. There will be something happening." OK, so that's still a bit vague, but still leaves plenty of room for possibilities.

The one thing she did shoot down is the possibility of a joint Spice Girls/Backstreet Boys tour, which might disappoint '90s kids around the globe. She said, "We want the stage to ourselves if we're going to do it! But, I love the Backstreet Boys. They're great."

As for another weird rumor that's gone around for a few weeks when Victoria Beckham (aka Posh Spice) told a reporter her microphone was turned off during live performances, well... Brown says she was unaware if that is true. Brown joked, "She wishes it was turned off!" She added, "We sung live, and we wrote and recorded all our music together live and we performed it live. It wasn't turned down. Not that I know of. Maybe she secretly asked for that — I don't know about that."

Either way, Brown still remains close with her fellow Spices, and recalls her fond memories of filming the 1998 cinematic adventure Spice World. She said,

I think just doing 12-hour days and going delirious with each other! We just had a lot of fun! You know, you've got five young girls that are together and just living their dream and doing whatever we want to do, saying what we want to say, wearing what we want to wear!

More like this
David Schwimmer Doesn't Remember This Classic 'Friends' Episode
By Sam Ramsden
The 'Hocus Pocus' Sequel Finally Has A Release Date & It Makes Total Sense
By Shannon Barbour and Radhika Menon
Spice Girls’ Net Worth: The Richest Member Is Wealthier Than The Rest Combined
By Hugh McIntyre
5 Mini Skirt Outfits To Wear, Inspired By These Brave Souls
By Avery Matera
Get Even More From Bustle — Sign Up For The Newsletter