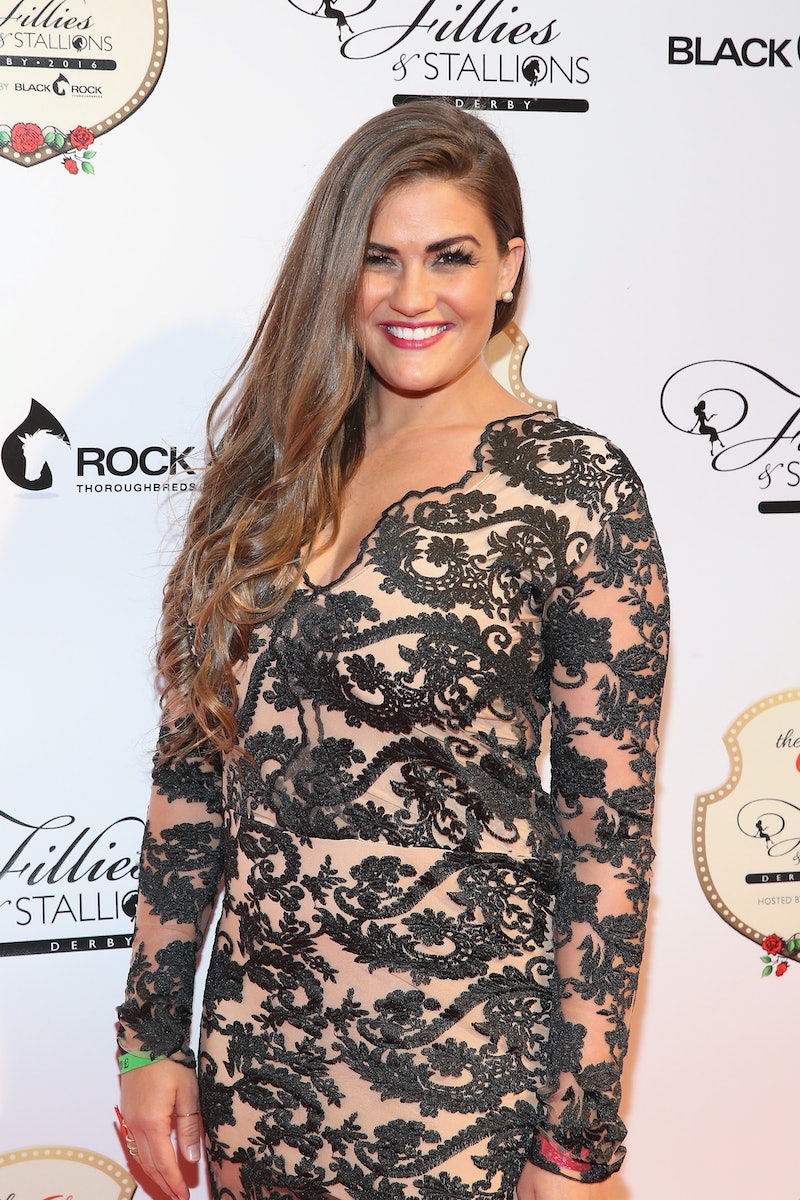 Come Season 5 of Vanderpump Rules (which was renewed in April), a familiar face will be working at SUR and it's none other than Jax Taylor's girlfriend. That's right, Brittany Cartwright now works at SUR, Bravo's The Daily Dish confirmed. The news was also announced on SUR's official Instagram with a photo of Brittany and Scheana Marie wearing those famous purple uniforms. "Welcome @bncartwright to our SUR staff family! Best training by @scheanamarie," the photo's caption reads. Apparently, Scheana is training her, which should go well since the two are good friends.

The fact that Brittany is a SUR employee may surprise Pump Rules fans. In Season 4, after Brittany moved from Kentucky to Los Angeles for Jax, she went into SUR for an interview with Lisa Vanderpump. As you may recall, it didn't go swimmingly. I mean, she didn't even bring her resume. Though, she did manage to make an impressive and tasty cocktail for the SUR boss. Throughout Season 4, Brittany was shown working at Hooters, but I guess she got sick of it and was called into become the next SUR-ver.

Since she is now an official SUR employee, does this also mean Brittany is a full-time Vanderpump Rules cast member? It would make sense, especially since she and Jax have been together over a year.

Nothing has been announced about Brittany joining the popular reality series in an official capacity, but I have a feeling it will be announced soon enough. She was basically a regular throughout the fourth season, so why not promote her?

Plus, can you imagine the drama that will probably surround Jax and Brittany now that they're co-workers? Let's hope this isn't the downfall of their relationship, because fans know how Jax's relationships usually end when he dates someone at SUR. Ahem, Stassi Schroeder and Laura-Leigh.

I'm sending all the luck in the world to Brittany during her time at SUR.