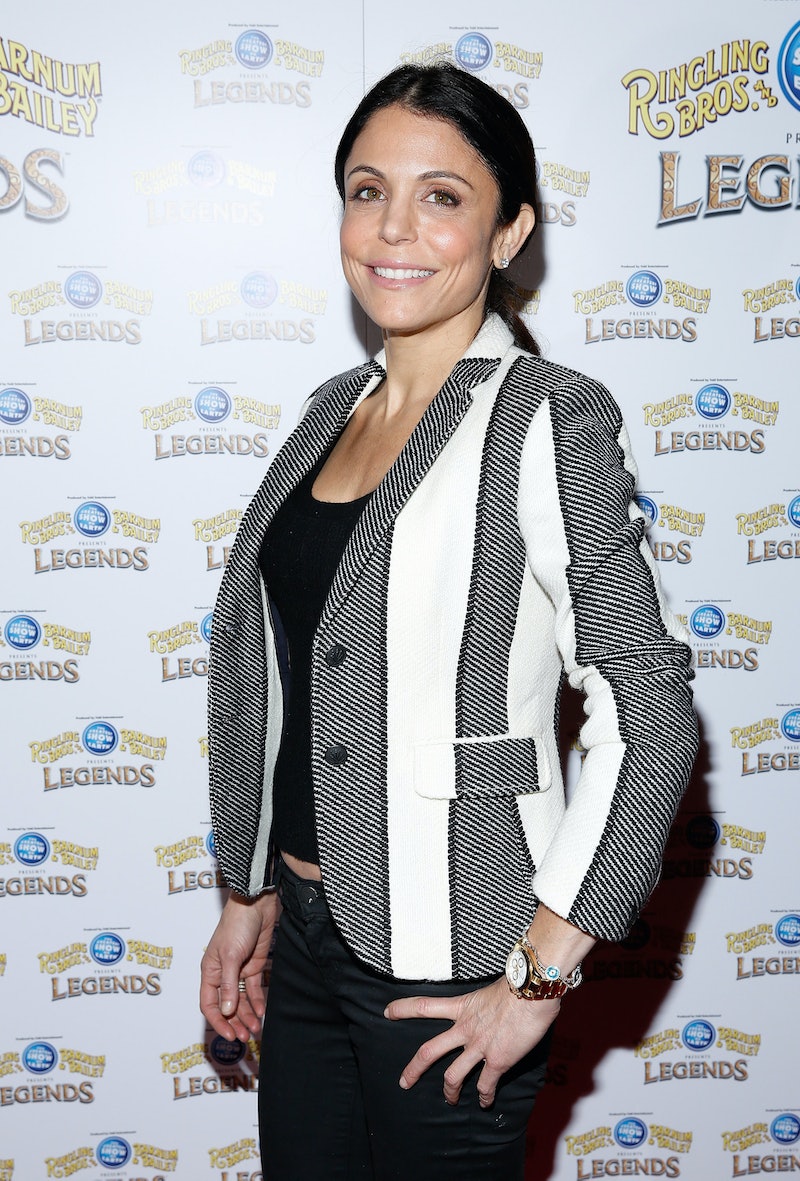 Bethenny Frankel has never been one to shy away from the spotlight. So, after her daytime talk show, Bethenny, was officially cancelled in its first season, Bethenny Frankel penned an open letter to fans that explained how disappointed she was about the news and how dedicated her crew is. However, she also went on to say what we had originally suspected: reality stars don't make great hosts.

However, in her words, she wasn't a match for daytime television because she's too "inappropriate" and the "suits" that run network television didn't approve. Frankel says that she's also a "free spirit" and felt "diluted" on the show, adding that she's more comfortable when she's "surrounded by crazy." Oh, Bethenny. We're so glad you feel us. Not being able to really rattle off those X-rated Bethenny gems on daytime TV was truly frustrating to your fans. It's also comforting to know that you actually enjoy being "surrounded by crazy," which makes me want to re-watch a few Real Housewives of New York City episodes with Frankel, Jill Zarin, and Kelly Bensimon ASAP.

Frankel also says that she's "over herself" and wouldn't be surprised if her fans are too. We're not over you, Bethenny. We just loved you on Bravo so much more.

Part of her letter reads:

Well this is an open letter, so maybe you have heard the news. "Bethenny" won't be coming back for another season.People ask me how I feel about this, so I wanted to share it with you straight up.What I love about doing my talk show is connecting to women. I love the opportunity to inspire, to be inspired and to be able to help women to be their best, succeed and feel better about themselves.In order to have the freedom to create a talk show, there are required elements that the job entails. This is the part that I didn't enjoy so much and that wasn't authentic to me. In addition, I tend to be quite inappropriate which may not be suitable for daytime television or for the suits that run network television nationwide.Unlike my time on Bravo, I felt a bit diluted, filtered and somewhat constricted. I am a free spirit. My late father (a horse trainer) used to say "She is a mustang. You need to let her run." I am more comfortable in my natural surroundings and in a setting where I'm surrounded by crazy, where anything goes and where I can be authentically me. When interviewed about the show, I always said that it could only work if I was true to myself and only if it was genuinely a good fit and marriage which it turned out not to be.I am so grateful for the experience and to those of you who went on this journey with me. It was fun, exciting, scary and a great challenge.As easy as people like Ellen, Oprah, Wendy, Rachael and Steve make it look, it is one of the hardest jobs I have ever done, and I have so much more respect for them having been through this experience. They are warriors and champions who make a very difficult job look effortless.So to answer how I feel, I am relieved. What I really want right now is to be with my daughter, to do yoga, to focus on Skinnygirl and my writing, and to give myself a break. I have been striving and climbing and white-knuckling for so long that I need a rest from the grind. I'm a little over myself and wouldn't blame anyone else for being over me as well.I love you all and we will be in touch as we always were. Thank you for always being there.Love,Bethenny

You can read Bethenny's open letter in full here.