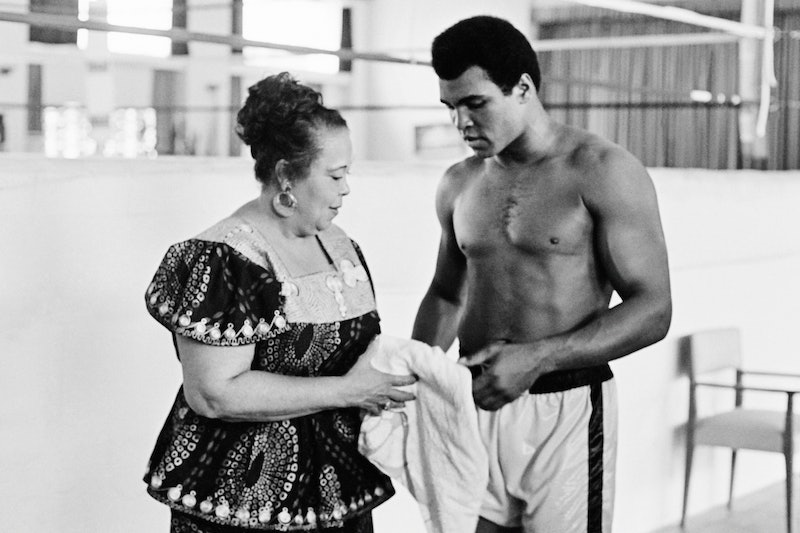 In case you haven't heard, Muhammad Ali was the greatest of all time. What made Ali the greatest? Well, it depends on who you ask. If you were to ask the man himself, you'd hear nothing but inspirational and quotable quote after quote on how he is, indeed, one of the best fighters to ever live. So, who do you think would win the fight if Ali were to find himself facing off against another man of epic proportions? We know the answer now, as it has been ingrained in our pop culture consciousness. Ali was stamped into comic book history when he fought Superman in the 1987 comic, Superman vs. Muhammad Ali, in order to go on and save the planet. I'm sure can hear the record-scratching noise as you read this because Ali facing off against Superman is both epic and crazy.

It wasn't uncommon for Superman to get paired with well-known figures in his comics. Previous to Ali's appearance, Superman shared space on the page with President John F. Kennedy and Bob Hope. In 1978, Superman vs. Muhammad Ali hit stands, and literally turned Ali into a piece of pop culture iconography. In the story, aliens threaten to invade Earth — you know, just some standard comic book villainy. Superman volunteers to fight off the invading alien horde but the aliens contend that Superman is not a true Earthling. Following this, Ali challenges Superman to go a few rounds in the ring and the winner of the fight would go on to defend Earth. Guess who won?

Even in comic form, Ali won at boxing. All day, every day. Would we have it any other way? Even cooler is the rumor floating around, according to Gizmodo, this story that Ali wrote his dialogue for the story. While we don't know if that's totally true, it sounds exactly like something Ali would do. That man knew how to stitch words together better than anyone. This comic was a way for Ali adding to his eternally cool stature, to stay relevant, and to show the he was invincible, even in a fictional world.

What's just as well-known is the cover for this comic. In the epic crowd that surrounds the ring, it's a literal Where's Waldo? of celebrities. As Brad Meltzer notes, everyone from Frank Sinatra to Lucille Ball to Ron Howard to Batman was present for this epic fight. Such a wealth of celebrity imagery only adds to the iconic status of this comic as well as Ali's pop culture status.

As we remember Ali, we should take a moment to remember that while he was a proponent of social justice, he was also a beloved celebrity. In the prime of his career, his reach was far and wide. In 1978, it extended all the way to the world of comics books, leaving an indelible mark of the medium.