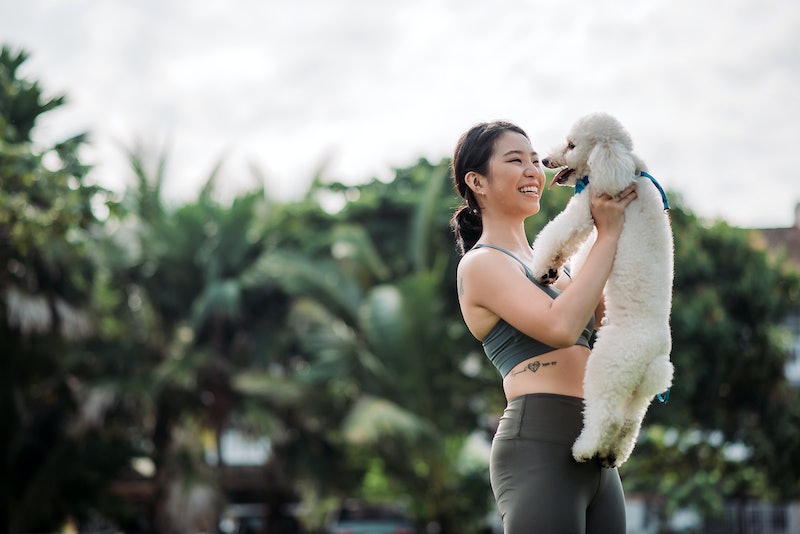 In case you needed even more evidence that people are constitutionally incapable of resisting the appeal of furry animals, a recent study has shown that dogs may have been domesticated twice, by two separate cultures located thousands of miles away from each other. Typically, there are two schools of thought when it comes to the history of canine domestication: Those who believe it occurred in Europe, and those who believe it occurred in central Asia. Estimations vary by several thousand years, depending on who you ask, but most scientists agree that the human-dog BFF relationship we know and love coalesced around 15,000 years ago.

In a paper published in the June issue of Science, researchers argue that both camps may be on to something. After analyzing the mitochondrial DNA of 59 ancient dogs and the complete genome of a Neolithic dog that lived approximately 4,800 years ago, researchers compared the information with the genetic traits of hundreds of modern breeds. According to their results, there is a sharp genetic division among modern Western Eurasian and East Asian dogs.

However, here's where things get interesting: Their last common ancestor lived an estimated 14,000 to 6,400 years ago, and there's substantial evidence indicating it originated in central Asia — but evidence also shows that dogs were already living with Western Europeans at the time.

The logical explanation, then, is that dogs were separately domesticated in both areas. According to The Atlantic, researcher Greger Larson has a clear picture of what he believes happened: Thousands of years ago, during the Paleolithic era, people in Western Europe and Eastern Asia domesticated wolves around the same time, totally independently. However, some Eastern Asian dogs migrated westward with their humans, creating the aforementioned genetic split, and bred with European dogs native to the area. These European dogs were partially replaced by the Eastern Asian newcomers over time and went extinct.

This detailed explanation is one team's hypothesis, but it's a well-supported one. "[A] full collaboration is going to be essential to untangling this complicated story," population geneticist John Novembre told the Telegraph.

Considering dogs were domesticated not once, but twice in two entirely separate areas of the world, the takeaway is clear: Humans are total suckers for puppy dog eyes.