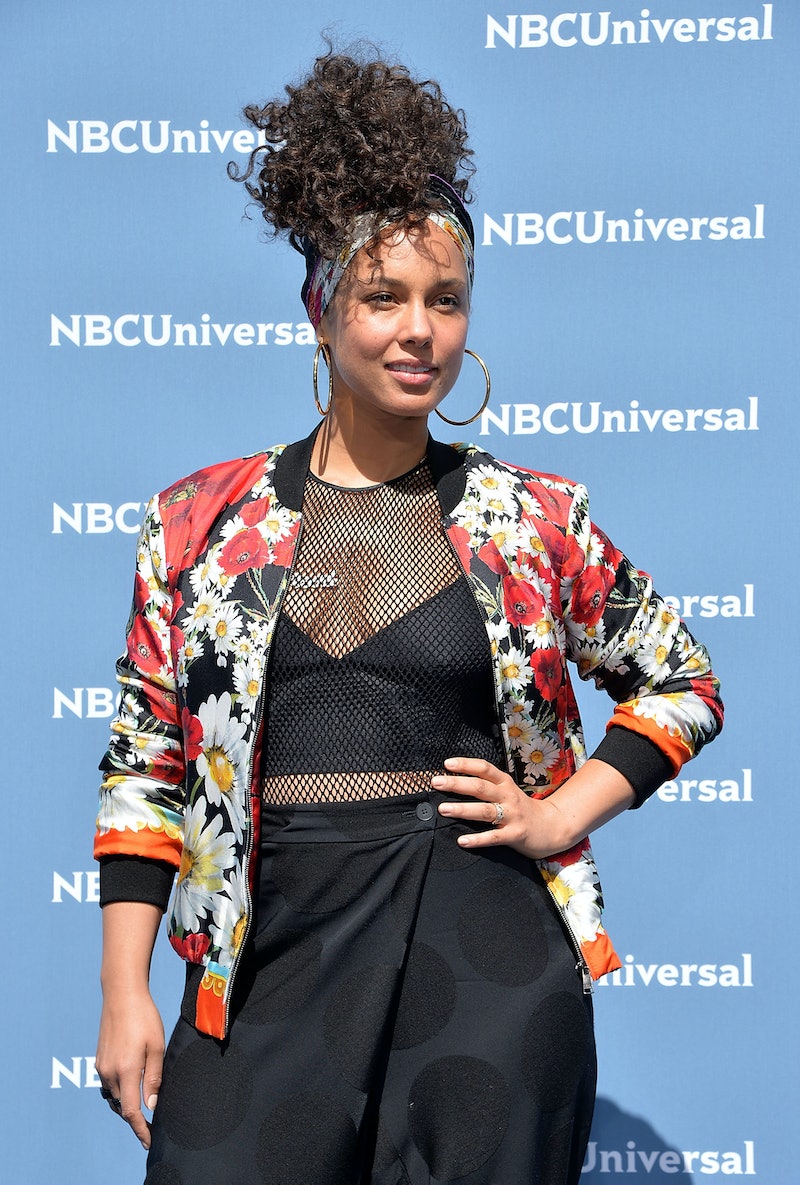 Whether you're a fan of putting a full face of makeup, or you prefer to step outside with nothing but a little bit of moisturizer, how you choose to wear your makeup is a highly personal choice. So why did Alicia Keys stop wearing makeup? Before we begin, it's important to emphasize that there's no wrong way to express yourself when it comes to makeup. Women who wear a lot of makeup aren't just doing it for the attention or self-esteem, and women who don't wear any makeup didn't give up on life. Stereotypes are lame, and every person should feel free to do exactly as they like with cosmetics.

So then why are we going to focus on a celeb that's ditched her makeup bag out the window? It's because her message is for those who use their foundation as a tool to hide behind, and for those who haven't quite learned how to embrace their insecurities and see them for what they are: Uniquely theirs.

As POPSUGAR reported, "Alicia says that she was seen as masculine and too tough when she first started out in the industry and has been conforming to the public's standards ever since. But shooting her new album cover was the definitive moment that made her feel empowered enough to accept herself, flaws and all."

In a recent Lenny Letter article that she wrote herself, Keys explained where her beauty insecurities started, "I remember when I first started to be in the public eye. Oh my gawd! Everyone had something to say. 'She's so hard, she acts like a boy, she must be gay, she should be more feminine!' But the truth is, I was just from New York, and everyone I knew acted like that." And because of those comments, she felt the need to cover up with makeup and change to better conform with what the public wanted.

But that kind of chameleon-work proved to be exhausting, and damaging. She reminisced, "Every time I left the house, I would be worried if I didn't put on makeup: What if someone wanted a picture?? What if they POSTED it??? These were the insecure, superficial, but honest thoughts I was thinking."

So why did she strip off her foundation and mascara and join the #nomakeup brigade? To find herself again, and inspire other women to learn and embrace what she learned, according to Keys.

Keys explained, "Before I started my new album, I wrote a list of all the things that I was sick of. And one was how much women are brainwashed into feeling like we have to be skinny, or sexy, or desirable, or perfect. One of the many things I was tired of was the constant judgment of women...All of it is so frustrating and so freakin' impossible."

So her solution? To shoot her new album cover totally makeup-free, and embrace this new lifestyle. She stated, "I hope to God it's a revolution. 'Cause I don't want to cover up anymore. Not my face, not my mind, not my soul, not my thoughts, not my dreams, not my struggles, not my emotional growth. Nothing."