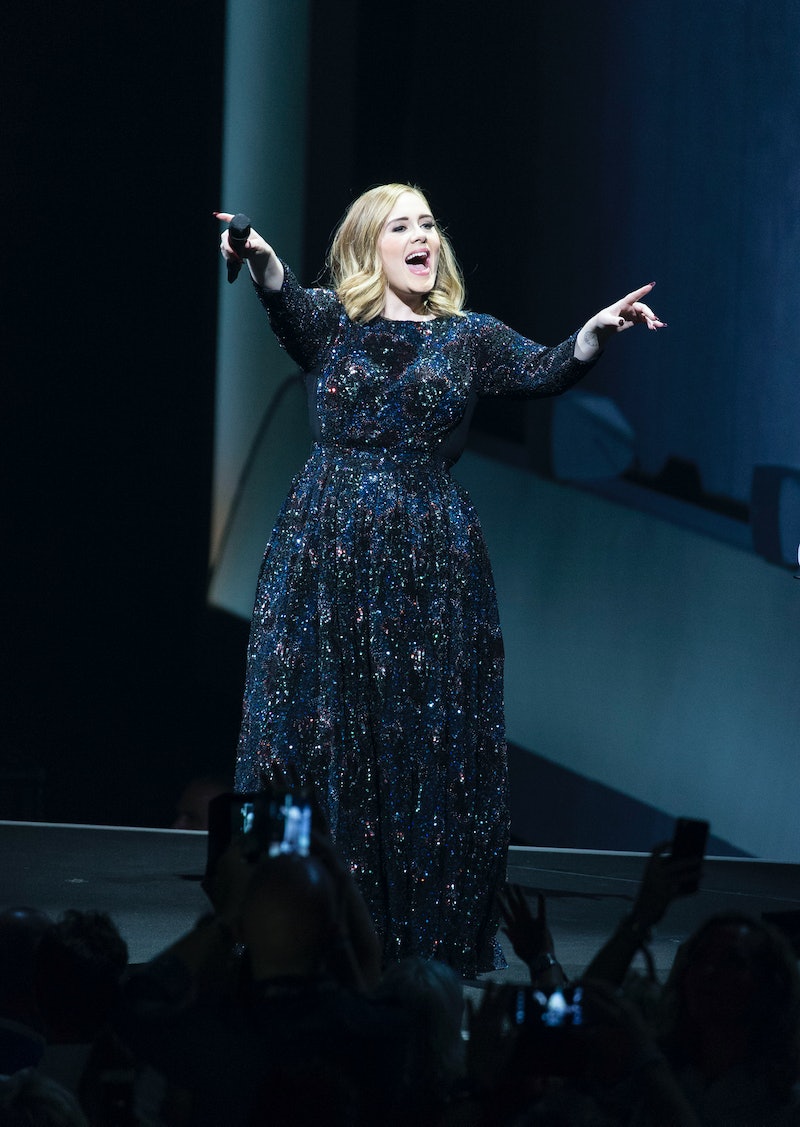 With her repertoire of wise songs and incomparable success, it can be easy for me to forget that Adele is merely three years older than I am. Yet occasionally, I'm reminded that she really is just a 20-something — like when she up and geeks out over the very same British pop stars that I worshipped as a kid. If you too love(d) the Spice Girls, you'll be happy to know that the 25 singer is, too, and at her concert, Adele sang a bit of "Spice Up Your Life," solidifying the fact that she's one of the coolest, most down-to-earth singers around.

Since most of us could not get tickets to see her live, I'm happy to report that Adele's little rendition of "Spice Up Your Life" was well documented, so anyone not at the show can still bask in the gloriousness of a minor Adele/Spice Girls crossover. This isn't the first time the singer has fangirled over these sassy musical Brits; her infamous Carpool Karaoke bit with James Corden consisted of a more fleshed out and impassioned Spice Girls singalong. Clearly, Adele has a thing for the girl band, and isn't afraid to show it.

If the Adele and Spice Girls worlds colliding once again isn't enough for you, Emma Bunton, or as we affectionately know her, Baby Spice, shared the clip of Adele fangirling over her iconic band and singing one of their best-known songs to her social media followers — proving that there's a mutual fangirl freak out happening here.

Please, I implore you, check out the video of Adele being spicy below:

But, if that didn't quite sate your Adele-singing-the-Spice Girls hunger pangs, take a look at the Carpool Karaoke once more, especially at the 6:17 mark.

So, who's going to arrange the Spice Girls as Adele's new, surprise opening act?