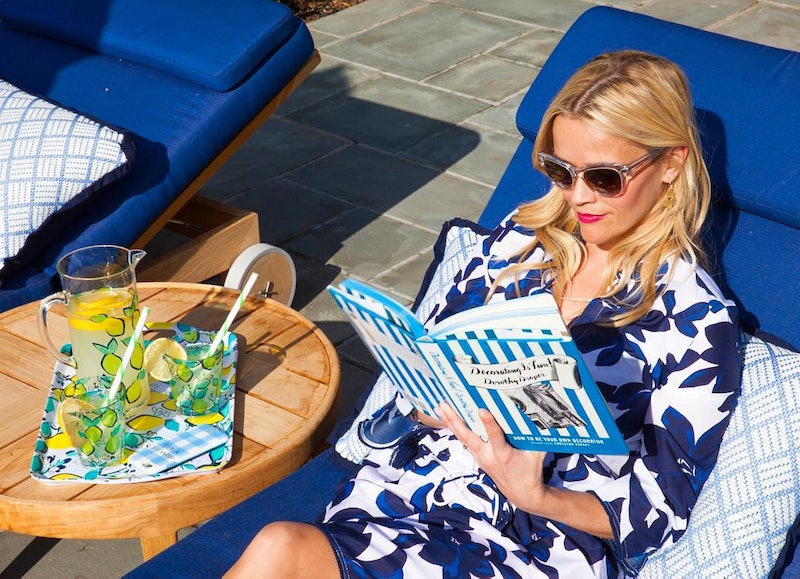 From fashion to food to beauty products, celebrities are constantly telling us about their favorite products and trends, and we can't help but take their words to heart (and to the store). While some celebs know the best exercises for flat abs and others can give you great meal inspiration, I have a special place in my heart for the celebrities who are great at recommending books — and not just their own books, either.

Today's celebrities are in the public eye more than ever before. To say that what they're doing, who they're dating, what they're eating, and even what they're reading is of major public interest would be an understatement. And while some celebrities try to avoid the public eye (like Leonardo DiCaprio, who does anything to hide his face in public), others not only embrace the attention, but harness it to share their interests, thoughts, and beliefs with their fans and the world. With the help of social media, stars like Amy Schumer can use Instagram to spread the world about gun violence with the #WearOrange campaign, Chrissy Teigen can use Snapchat to share the realities of modern motherhood, and Emma Watson can use Twitter to start a feminist book club online. Luckily, she isn't the only one.

Plenty of celebrities have shared their love of books with the world, and several stars have even started digital book clubs with their fans and followers. So if you're looking for a new book to read, go to the people who influence the rest of your life choices: your favorite celebs. Here are 10 of them who are great at recommending books.

The Big Bang Theory star isn't just smart on screen. In real life, when she isn't busy filming the most popular sitcoms on television, she spends her time writing about parenting, women's issues, and faith on her blog, Grok Nation, she is sharing her current reading list on Instagram.

Latest Recommendation: Mother, Can You Not? by Kate Siegel

You would think that between her work on Scream Queens, the upcoming Billionaire Boys Club, and multiple other projects the actress is involved with, Emma Roberts wouldn't have time to read — but you'd be wrong. She frequently shares her current reading list and trips to the bookstore on social media, and she even shared her 2016 summer reading list on Instagram, which includes authors like Joan Didion, Albert Camus, and Haruki Murakami.

The creator and stars of Girls and founder of Lenny isn't shy when it comes to sharing her opinions, and that includes her opinion of books. Lena Dunham isn't only a great writer herself, but she's also an avid reader and loves talking about books. If you're looking for a recommendation, look no further than Dunham's social media accounts.

Latest Recommendation: Rita, Sue and Bob Too by Andrea Dunbar

You may know Sarah Jessica Parker for her love of fashion, but the actress has another passion: books. SJP has frequently talked in interviews about her love for reading and the books that have influenced her life. Recently, she introduced none other than J.K. Rowling at the 2016 PEN Gala. She's a true book nerd, just like you.

From her style to her charm to her successful career, is there anything that's not enviable about Reese Witherspoon's life? No, and you should probably add her personal library to that listm too, because this actress and producer knows a thing or two about good books. Not only does she love getting involved with book adaptations for film, but she frequently shares her current read with fans through social media, and even has her own hashtag, #RWBook, and Instagram account to make her recommendations easier to find. It's just another reason to love the southern belle.

Minday Kaling is an amazing comedic writer, and her memoirs are among my favorite celebrity-penned books. But Kaling isn't just a great writer, she's an impressive reader, too. In fact, she loves reading so much she even named her character on The Mindy Project after one of her favorite authors, Jhumpa Lahiri. Check out her Instagram account, which has news about Kaling's own books and frequent posts about what the actress is reading herself.

Current Recommendation: In Other Words by Jhumpa Lahiri

Like her gal pal Reese Witherspoon, actress Kate Hudson loves reading. Mixed into posts about her current projects, nights out with other actress mamas, and trips to the beach with her own mom, Hudson like to let her fans and followers know what's in her TBR pile.

Current Recommendation: All About Love by bell hooks

This Pretty Little Liars star usually gets her latest reads from friends, and thankfully for us, she shares those finds with her followers.

Current Recommendation: Unreasonable Hope: Finding Faith in the God Who Brings Purpose to Your Pain by Chad Veach

Actress, spokesperson, activist — is there nothing Sophia Bush can't do? No, and "recommending great books" should probably be added to the list of her talents, too. Bush not only supported Emma Watson when she decided to start a feminist book club, but she also shares her own personal picks online with fans.

When it comes to celebrity book recommendations, Oprah is queen. Her famous Orpah's Book Club has turned unknown authors into household names and turned non-readers in to book-lovers. Although Oprah's Book Club 2.0 is on hiatus, you can still find out what she's reading by checking out her social media accounts. Her book club may be on hold, but for Oprah, the reading never stops.

Current Recommendation: Writing My Wrongs: Life, Death, and Redemption in an American Prison by Shaka Senghor

More like this
Jennette McCurdy’s First Kiss On 'iCarly' Didn’t Go As Planned
By Bustle Editors
10 Must-Read New Books Out This Week
By K.W. Colyard
The Most Anticipated Books Of August 2022
By K.W. Colyard
We’ve All Had Bad Sex. Nona Willis Aronowitz Is Talking About It.
By Sophia Benoit
Get Even More From Bustle — Sign Up For The Newsletter