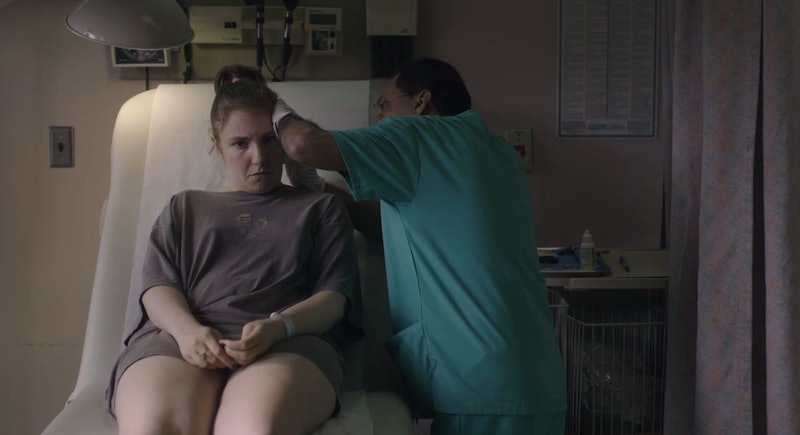 If you're called a hypochondriac these days, it's most likely meant as an insult, meaning that you constantly search for serious illness at the slightest sign of a small cough or a bruise on a toe. The term implies that you're irrational, a drama queen, and desperately want attention. But it turns out that hypochondria of a continuing and obsessive kind is a serious anxiety disorder with crippling effects on a sufferer's life, ability to function, and assessment of their own health. The modern perception that people are just "doing it to be annoying or get attention" leaves out the serious side of what can be a very dark and strange side to the anxious brain.

Weirdly, hypochondria has a feminist significance; it's sometimes suggested that Florence Nightingale, who often suffered from serious illness and was confined to her bed, may have been a hypochondriac as a way of escaping the horrible societal confines of her gender in upper-class Victorian England. In her bed she could write and be an activist freely, without pressure to occupy normal feminine roles. (We don't quite know if she suffered from anything genuine; as with Charles Darwin, new diagnoses abound based on historical evidence, and we'll never really know what the truth was.) Women are also often written off as hypochondriacs by doctors themselves, and it may be one of the reasons we are under-diagnosed for things like heart disease — the assumption that "it's all in our head".

Here are seven things to know about hypochondria, from its origins in Greek medicine to its current psychological status and what nuances lie underneath that one big, rather alarming, and judgmental word.

1. It's A Recognized Psychological Disorder

Hypochondria, as a disease, is now known among professionals as "illness anxiety disorder," possibly in order to reduce the amount of judgement and condemnation attached to the old Greek label. (The new name was conferred by the Diagnostic and Statistical Manual of Mental Disorders, which lays out definitions and treatments for all recognized psychological conditions.)

Illness anxiety disorder is essentially a manifestation of serious anxiety in concern about one's health, often without sufficient evidence or rational conclusions. Those who suffer from it will constantly monitor their own bodies, are actively and obsessively concerned with health and cleanliness, and have a perpetual sense of impending medical doom, with every small symptom a possible clue to something deadly and threatening. The DSM's new classification is apparently a way of reassuring patients; Dr. Jeffrey Staab of the Mayo Clinic, who helped with the shift, says illness anxiety disorder means that patients' "preoccupation with physical symptoms" can be viewed without judgement, and help with diagnosis.

2. There Are 3 Main Types Of Hypochondria

According to Psychology Today, illness anxiety disorder doesn't come in one form. It has several variants that reflect its relationship with other mental health issues, and manifests in different ways in different people as it reflects experiences with healthcare and their own bodies. The three types, Psychology Today explains, are obsessive, depressive, and somatoform.

Obsessive hypochondriacs find their worries inescapable; they seek multiple opinions, catastrophize with the most minor of symptoms, constantly need reassurance, and can never quite be convinced that they're healthy. (This is the most commonly presented form of hypochondriac in the media.)

Depressive hypochondriacs diagnose themselves in ways that cause them deep misery, guilt, and active hopelessness, while somatoform hypochondriacs are part of an interesting collection called the somatoform disorders, or mental illnesses that cause physical "symptoms" that can't be detected by medical assessment (body dysmorphic disorder is one). In this last case, the preoccupation of serious illness causes real distortion and concern in a patient; they're not "making up" their symptoms, but their mind isn't perceiving their body properly or diagnosing itself correctly.

3. If You've Had Exposure To Significant Illness, You're More Likely To Suffer

This is an interesting one. Both the Mayo Clinic and the National Health Service point out that outside events can have a strong role in the development of an illness anxiety disorder, from stress to serious family shocks, and lay a particular emphasis on whether you experienced a lot of serious illness when you were a child. One of the most famous hypochondriacs in history, Marcel Proust, had a childhood history of chronic asthma attacks, which were treated excruciatingly by cauterizing the erectile tissue in his nose. (It didn't work.) The University of Maryland Medical Center explains that unconscious beliefs about the benefits of being sick, like receiving parental attention, may have developed from this childhood experience in hypochondriacs, or else their faith in their own bodily health was permanently shaken by their bad experience.

4. It's Often Combined With "Cyberchondria"

This will be no surprise to anybody who's accidentally diagnosed themselves with rare cancer while Googling the causes of a persistent sniffle; the OCD Center Of Los Angeles places a persistent link between suffering from an illness anxiety disorder and the possession of medical diagnosis materials, like textbooks, blood pressure machines, or (nowadays) the Internet. Online medical resources are often dangerously attractive to hypochondriacs, leading to discussions in the medical community about a condition called "cyberchondria," or the obsessive searching for medical diagnosis online. (It's not an official term, but it's pretty snappy.)

5. It Can Be Avoidant Or Information-Seeking

The National Health Service adds a bit more nuance to our understanding of illness anxiety disorders with two distinct "types" of hypochondriac behavior. The common image of the person haunting doctors' offices in fear of their symptom diagnosis isn't actually the full story. The information-seeking hypochondriac will be the person actively seeking reassurance and clarification from multiple doctors, scheduling multiple tests, and requiring second opinions.

The avoidant hypochondriac, on the other hand, will actively avoid all medical material and encounters, from GP visits to medical literature and TV, and anything that may "worsen" their problems or symptoms. This is a classic anxiety response; isolation from potential triggers is often seen as a "safe" way to navigate through the world.

6. It's Had An Interesting Diagnostic History

Hypochondria actually has a deeply fascinating history, and was once seen as much more legitimate an illness than it is today. The Independent traced its beginnings from Greek medicine, where it referred to diseases in a specific region of the abdomen, to the 19th century belief that hypochondriacs had a "sensitive nervous system" that was far more finely attuned to the minute shifts in the body than those of normal people.

Proust thought he could detect every minute piece of food and drink digested by his body, and would be kept awake feeling their progression through his system. Then Freud ruined hypochondria's reputation by declaring it essentially narcissistic, and it became a sign of nervousness, irrationality, and deliberate attention-seeking. It had a long, distinguished history, too: Charlotte Bronte openly talked about having it, while Hans Christian Andersen and Edgar Allan Poe both harbored obsessive anxieties about minute symptoms blossoming into deadly diseases.

7. Imaginal Exposure Therapy Can Be Used To Treat It

As an anxiety disorder, one of the techniques recommended to treat hypochondria is a common one applied to people suffering from problems like post-traumatic stress disorder (PTSD): imaginal exposure therapy. OCD LA recommends a combination of this and normal cognitive behavioral therapy to deal with the specifics of the disorder.

Imaginal exposure therapy is essentially a kind of story-telling; according to the Psychiatric Times, "in imaginal exposure, the patient is asked to vividly imagine and describe the feared stimulus (in this case, a traumatic memory), usually using present-tense language and including details about external (eg, sights, sounds, smells) and internal (eg, thoughts, emotions) cues." Basically, a hypochondriac in imaginal exposure therapy will be asked to slowly detail what it is they most fear about illness, in the hope that gradually talking about it will blunt its terror and make them perceive it as less worrying.

But the good news is that with therapy and attention, hypochondria can stop taking over your life. If it's something that concerns you, find a suitable therapist, or talk to your GP about what to do to help get it under your control.